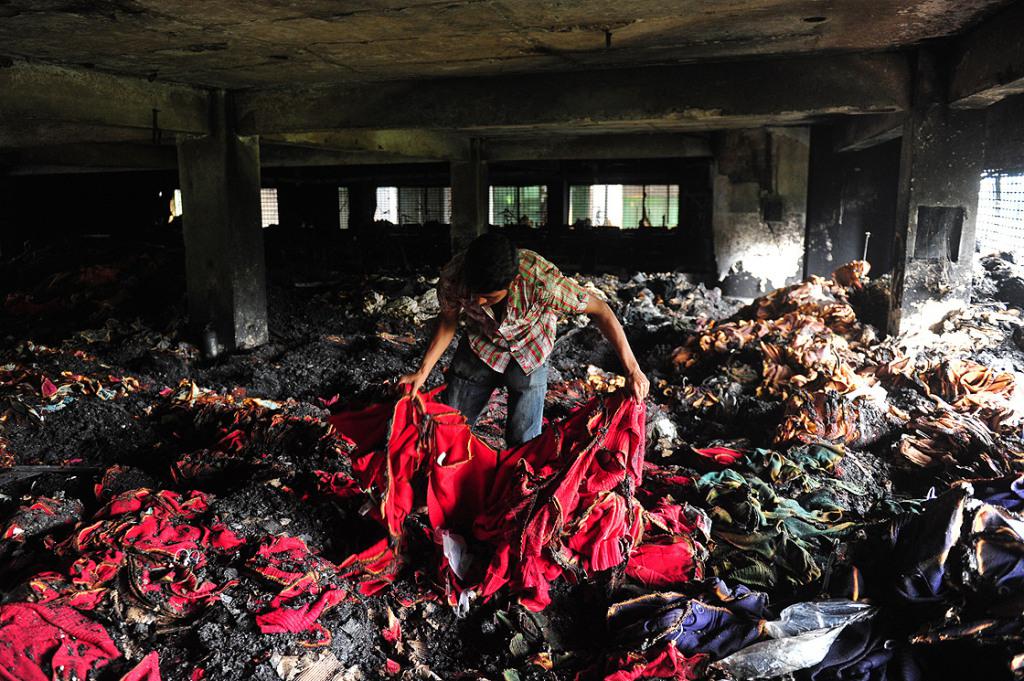 Fashion is by definition transient and changing, based on trends and movements, time periods and technology. It ebbs and flows, is artistic and functional but never independent. Issues in fashion range from the revival of local artisans to environmentally sound production to copyright infringement. All important issues in their own right, but recently, nothing has been more prominent than the condition of workers overseas, especially those in Bangladesh. With a recent factory collapse, thousands dead, and a push from global retailers, it’s time to take a good look at what we’re buying and at what cost.

Mass textile and clothing production in Bangladesh began in the 1970’s and began booming in the 1980’s. Due to the combination of cheap labor, restrictions on competition, and increased production, the industry continued to flourish and in 2005, the ready-made garment industry was Bangladesh’s only multi-billon dollar export industry.

On April 24, 2013, Rana Plaza, a building housing a number of garment factories on the outskirts of Daka, collapsed trapping and eventually killing, thousands of workers. Almost a month later the death toll reached 1,127 and companies, non-profits and governments around the world clamored for reform. Despite the devastation, this is not an uncommon occurrence. Working conditions, building violations, and worker’s rights are largely ignored by the national government leading to unsafe conditions and a news story that is beginning to be more than common for the industry and the region.

This tragedy has inspired reform at all levels. The Bangledeshi government recently enacted union reform, allowing workers to unionize without the consent of factory owners. Retailers such as H&M, the Gap, and Walmart pushed for reform in the form of better working conditions and higher building standards. The latter joined forces with Bureau Veritas to provide safety training and to ensure that “failed factories” in Bangladesh are no longer operating. More than ten European bands (included Marks and Spencer’s and Mango) have committed to signing the Bangladesh Fire and Safety Accord. Despite the measured progress, many U.S. firms have not acted.

In the wake of writing this piece, another garment factory, one in Cambodia, collapsed on May 16, 2013. It is ultimately safe to say that it is time to take some sort of action or at least get informed on the subject. Read up on the retailers that are promoting safer working standards, minimum wages, and safe working conditions. Join non profits such as Oxfam or the International Labor Organization to stay up-to-date and to take an even more direct action, write to a Congressperson or a Senator supporting American pressure on companies and the Bangladeshi government over this issue. Or if nothing else ask simply ask yourself the following question, are you willing to pay more to ensure the safety of others?