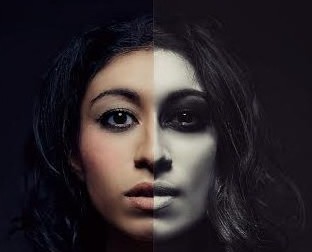 In a recent interview with an extraordinary breakout performer, Nivedita Kulkarni, shared her pursuit for the industry of show business for the past five years. She is also seasoned in improvisation, writing, producing and stage shows. 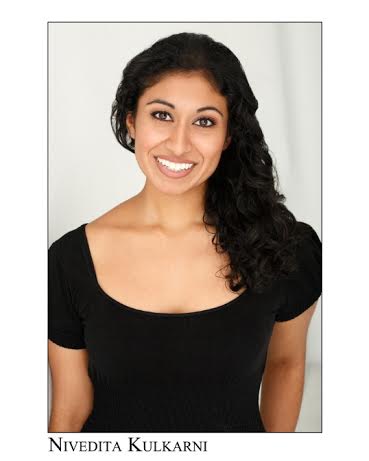 In fact, Nivedita’s new play, “How I Died,” which she wrote, produced and starred in, is opening this weekend during the Strawberry One-Act Festival on Feb. 16 at St. Clement’s Theatre. If you’re a New Yorker, or you’re just visiting for the weekend, you should definitely come check it out because I will be there with BG Trisha Sakhuja. 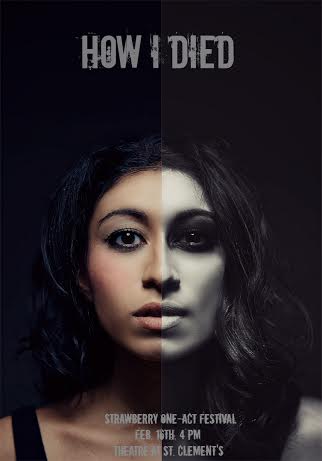 Nivedita grew up in Chicago, IL and went to Washington University in St. Louis, MI.  Her desire for acting though wasn’t something she picked up in school; instead she completed her undergraduate studies in Economics. Stepping out of the world of traditional careers into the career of her dreams was definitely a leap, Nivedita said.

I’ve always wanted to do it, but there was no option to do this [acting] as a career [because] I grew up in a world where everyone was really academic, everyone in my family is pretty much a doctor. It wasn’t something that any one ever thought could be a career in my world, so I moved to NY after college and my parents were not thrilled that I started acting. It’s been difficult to get a foot in the door, with very little experience before college.

The world that Nivedita describes is the world that we all know to some extent. She followed her passions, instead of opting out for a career that would only make her half as fulfilled and happy.

I’ve definitely found my passion, there’s nothing else that I would want to be doing professionally.

It was the road less traveled, her passions guided her through some of the rougher times of being an actress, especially a South Asian actress.

It was rough, well I mean, even now, in the past five years, it’s gotten so much better for minorities and South Asians in general in this industry. First of all it’s really hard being an actor in general because you’re making such little money, you’re always trying to cobble together other side incomes. It’s all part of the struggle. Initially I got rejected a lot because of my ethnicity. I couldn’t be funny or I couldn’t play a lead, because I have a difficult name, or I’m Indian so that doesn’t fit with the standard of a leading women. Now, I think it’s slowly, but surely getting a lot better, and we’re seeing more minorities and more South Asians, in supporting or even leading roles, which is a really huge step.

At this point, I had to ask Nivedita what she thought of Mindy Kaling. Mindy is the face of South Asian comedic acting in America. We’re all wondering if being a South Asian actress now, means being compared to Mindy. Nivedita, who started her career with improvisation and comedic roles, said she does get compared to Mindy.

I do a lot because I also do sketch comedy. I’ve been trying to break out of that a little bit more, you have to find your artistic voice. I think in the long run I’ll be doing more dramatic roles. I do get compared to Mindy a lot, but I don’t plan to be writing for the rest of my career. I do plan to be acting, and I’m hoping to do a very wide range of dramatic and comedic acting roles. 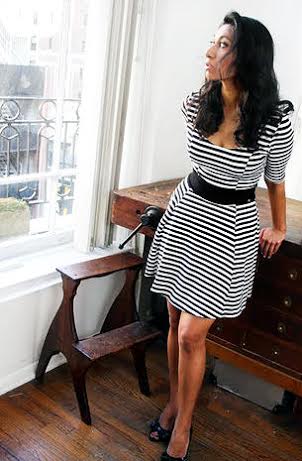 Any comparisons between the two actresses will fall to the wayside when you hear about Nivedita’s newest acting role in “How I Died,” because its her adaptability to achieve the voice of different characters and different roles that is cultivated in her performance.

I wanted it to be an existentialist exploration of life after death and what that means to various people. I wrote it from the point of view of a young girl. She’s in her 20s, her name is Sonia and she wakes up to find herself in hell. Throughout the play, she deals with what her concept of hell is and why she ended up there. We see flashbacks of her life when she was alive and has she come to terms with what sent her to hell.

That’s really dark, how can Nivedita get into the state of mind to become this character, who is exploring the depths of our greatest fear?

It takes a lot of practice, but that’s your job as an actor. You’re training, you’re rehearsing, and every rehearsal you have to get yourself to that emotional place, whatever it takes. [There are] many different methods and schools of thoughts and it’s definitely a challenge, and I’m sort of now learning my own methods for the challenge. What thoughts get me there? The more you do it, the better you become.

Nivedita, now finding success in her passion for acting, who has exhibited a real talent for this field, but how did your parents take this career choice?

They weren’t big fans of it, definitely not at first. When I started acting, I started doing it at night, I started going to an improv theater called the Upright Citizens Brigade. I had a day job while I was training, when I finally quit my day job, they were a little uneasy. The first few years were really tough and I think my parents would tell you the same thing. Their biggest worry was security. In the past couple of years, they’ve been incredibly supportive. Actually today, it’s so funny among Indians, my parents met some friend of a friend, whose producing a movie in Hollywood, and got some uncle to get in touch with me because their looking for actors! Now my parents are like my agents! Once they see that I’m working really hard and I’m starting to see success and I’m starting to get paid for it, their much more comfortable. They just wanted to know that I could make a living doing this, and it’s a very scary industry to try to make a living in, but once that started happening, their much more comfortable, their really supportive.

As a fellow Brown Girl, I asked what Nivedita’s advice would be for all of us who want to pursue creative fields, but are scared of stepping out of the norm.

You should be so passionate about the thing that you’re doing, that you want to be the best of it. You should spend your weekends and free-time trying to get better at it, that’s one side of the battle. On the other side, you have to stand up to the people in your life, that are putting you down, the people that don’t believe it’s the right path from you. The people in your life, and whatever opposition you face, will calm down once they see you successful.

All the best to Nivedita on her new play, “How I Died.” We definitely hope to hear all about your exciting new roles and adventures.

All photos are provided by Nivedita Kulkarni.