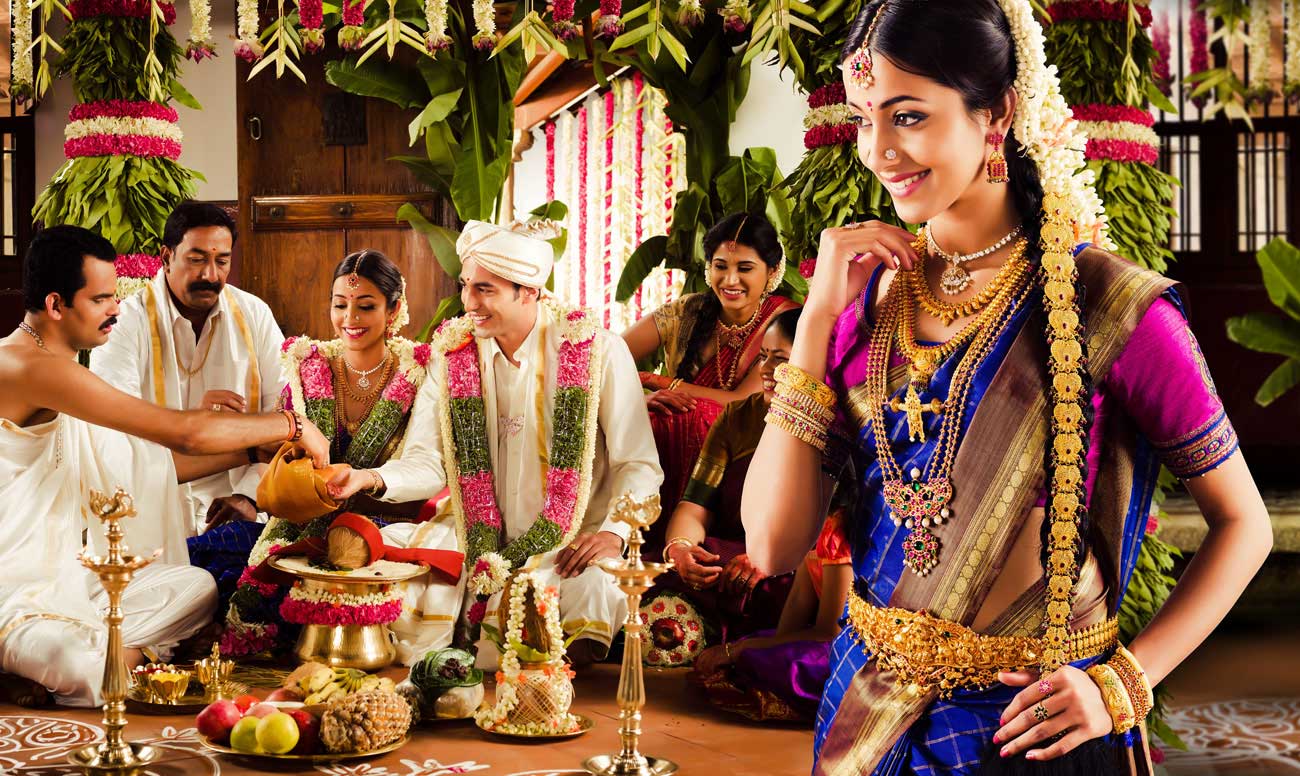 I’m a twenty-year-old American college girl. There’s a cute guy that I have a crush on. I’m pretty sure he likes me back too. All the signs of this situation seem to be pointing in a good direction for a budding relationship.

I’m the daughter of traditional South Indian, Hindu, Brahmin parents. I’m not allowed to date. I will have an arranged marriage at some point in my life. If my parents knew about these thoughts in my head, there is a good chance I could be disowned.

How do I reconcile these two conflicting parts of my life?

I was born and raised in a well-off household in the Northeast. I can’t complain about my childhood. I had pretty much everything I needed, and a lot of the time I received what I wanted as well. From a material-standpoint my childhood was excellent. There were also some weird quirks to my childhood. I never had a sleep-over. Going to friend’s houses wasn’t a common weekly occurrence. These were just aspects of my childhood that I accepted as givens. I didn’t really question them. Therein lays a large crux of the problem.

They were never explicitly forbidden in my family, but I knew what was expected of me (whether or not I ended up doing what was expected is debatable). Expected, in the sense of culture, tradition, and religion. For in my family, those three words are pretty synonymous. After having a shower in the morning, it is customary to go in front of the altar, bow down, say a few prayers, and put the holy ash on your forehead. You never asked why. You just do it. That’s the way things were. That’s the way things are. That’s the way things will be. You don’t question why your parents don’t show affection the way you see in all the television shows and movies. A kiss? That’s downright blasphemous. (I clearly remember having my eyes closed or the channel switched if characters kissed in a movie. I still have a gut instinct of looking away when people are kissing either in real life or on the screen) Why is the term ‘love-marriage’ filled with so much derision and disdain? No clue. Never questioned that either.

My family values the concept of ‘family’ very much. From a theoretical perspective I understand their point-of-view regarding friendships. To my parents, family is the only one who will always stick with you no matter what. No matter the consequences. I went through a particularly rough patch during my junior year of high school, and my family was there to pick me back up and put the pieces together. Without them, I probably wouldn’t be attending college right now. But because of their firm belief in family, they don’t see any value in friendships. They wonder what the point is in investing so much time in a relationship that will, in their eyes, eventually fall apart.

Because of the way I have been raised, I find it difficult to have meaningless friendships. This might be part of the reason why I can’t say I have a large number of close friends. I tend to heavily invest myself emotionally into any friendship that I deeply care about. Perhaps this is also because I am a deeply private individual. I couldn’t imagine telling someone my innermost thoughts to only ‘grow apart’ after a year or two.

In my parent’s mind, these same ideas naturally progress (though to a much more stringent extent) to marriage. I’ll preface by saying that my parents had an arranged marriage; their parents did before them and so on. I’ll also re-establish the idea of an arranged marriage, for it has changed even from my grandparent’s wedding to what will be my future. People think arranged marriage currently and immediately jump to the conclusion that there is an aspect of force involved, where there is no choice but either party member. While that may have been true even fifty years ago, the current concept of an ‘arranged marriage’ (at least in my family) is more of an ‘introduced marriage.’

My parents are in the process of finding someone for my elder sister, for she is at a marriageable age. I get to see my future, firsthand. The boy first of all needs to be from a good family, studied at a top university, and have a good career path. Just as importantly, however, he needs to be from a Hindu, Brahmin family and his family’s astrological signs have to be compatible. Once these criteria are all met, then a dialogue can be started between the parents of the potential bride and groom. If things turn out well, then the girl and boy can be introduced, and if things hit off well, marriage is a sure possibility. There is still a choice. The marriage is not forced. The two individuals may not hit it off. Result: the above process just repeats itself until it results in a marriage.

The point of a marriage partner is to have a person who you can trust with anything. They are that single individual with whom you can share your burdens and seek comfort. My parents are totally in sync with this idea. My mother has said on numerous occasions, that my father is the only person whom she can trust and depend on no matter what. I just find it so difficult to believe that I can make such a connection with another person without any fallback. That is the point of dating, right? To test the waters and see if you can truly connect with another individual before taking the plunge into marriage?

While I have never explicitly talked to my parents about dating or marriage, over the years I have been able to ascertain what they feel about this topic fairly well. To them, the biggest problem of dating is if it ends in failure. When you date someone, you form a connection that you hope is something that will last. A connection that mimics the boundless trust that one hopes a marriage is built upon. To my parents, how can you make such a connection, and if it ends poorly simply start a new connection with another person?

To a certain degree I don’t completely disagree with them. This is the same problem that I have in maintaining meaningful friendships as I alluded to earlier. I don’t know how I could trust someone enough, fully knowing that there is a high possibility that this is not the person I will ultimately end up with. To have someone out there in the world who knows your deepest secrets and parts of yourself that you’ve never shared with anyone else and then suddenly the relationship is cut. But it’s not like the memories are erased. They still hold that knowledge about you, over you. Then to try to do this again and again until you meet that one person with whom it finally lasts? That honestly terrifies me. I don’t and probably never will understand the idea of casual dating.

At the same time, I can’t help but fantasize about this concept of true love. Or just romantic love. People have been writing about it for thousands of year. There must be something to that notion. It’s all over the media. It’s everywhere you look.

To my parents, ‘being-in-love’ is equivalent to, well, I can’t even think of a comparable comparison. In my parents’ minds, marrying for love is an indulgent concept, one that ‘Westerners’ reduce themselves to because they have no control. They fall in and out of love all the time, that the term itself is reduced to something that takes away from its magic.

Love is magical. Now that’s something I’ve heard and I want to experience.

I’m terrified that I’m going to marry someone that I don’t love. There is something to be said about learning to love someone, which is what my parents have done. I have no doubt that they do love each other, but are they the exception or the norm? What if it doesn’t work out? In my family and for other similarly traditional families, divorce is taboo. That wouldn’t even be an option. End result: I’m terrified of marriage, my marriage.

Let’s go back to this guy that I have a crush on. It would be so easy for me to start a relationship with him and simply hide it from my family and there’s a part of me who is constantly suggesting this. This is what a friend suggested when I divulged this particular secret of mine. I know the whole ‘hidden relationship’ is a common practice of girls (mostly but boys, as well) who are in situations similar to mine. The other half of me, the one that is still largely under the influence of family tradition, never fails to remind myself that any thoughts of a ‘hidden relationship’ is merely a fantasy. I could never hide such a large part of my life from my parents. For one, it wouldn’t be practical. My parents would eventually find out and while conversations of disownment have never really been brought up, I honestly don’t figure that’s out of the question.

I’m still learning to reconcile the two spheres of my life: one bounded by strict conventions of how to think and act; and the other where those strict conventions and boundaries are thrown out the window, where concepts like love and dating are simply every direction one turns. It often feels like there are two parts of my mind that are constantly warring with each other, and I don’t know how to stop it.

I’ll end with a line from Coldplay, which particularly resonates with me during these times of conflict and confusion.

“Do you feel like a puzzle, you can’t find your missing piece?”