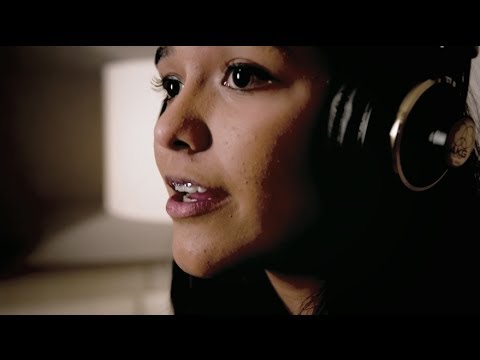 I had the honor of interviewing Sushmitha Suresh, the young woman who sang the Hindi part of the song “America the Beautiful” in the Coca-Cola ad that played during the Superbowl last Sunday. The ad, which was recited in Spanish, Tagalog, Mandarin, Hindi, Hebrew, Keres, Senegalese-French and Arabic, has received lots of heat from Americans who believe that the patriotic song should only be sung in English to uphold its integrity. I asked Sushmitha about her musical background and her thoughts on the matter.

Tell us about yourself!

I’m Sushmitha Suresh, 15-years-old and live in Naperville, Ill. I have sung for the past 10 years and I’ve played piano for the past seven years. I am involved in activities in my school, such as Speech Team, The Muses (the girls a capella group), Vocal Jazz, Off the Record, my in-school choir The Chamber Singers, and I am also involved in the theater department when I have the chance.

How did you get the opportunity to sing for the Coke ad?

My family friend knew someone at the ad agency, who saw my Youtube channel and Soundcloud. The manager contacted me to ask me to send in an audition video to Coke, and it went from there!

What does language mean to you and your own identity?

I sing Indian classical carnatic music, so language means a great deal to me. I have cousins in India at this moment and if I didn’t know the language, communicating with them would be a lot harder and, to be completely honest, I don’t think I would be as in touch with my culture as I am right now if I didn’t hold language as a key value.

What do you believe Indians in America have contributed to the American community at large and how do you identify yourself as an American-Indian?

I feel like Indian-Americans brings about diversity to a community and to America. They’re really making some big leaps in innovations. I identify myself as an Indian-American connected to my native culture and am in touch with my nationalism as an American. I couldn’t be prouder to be a part of both.

What are your feelings on some of the negative response the Coke ad has received?

I never thought people would take the ad in an offensive way, but everyone is entitled to their opinions and traditions. I didn’t let it affect me too much because I realized that many people are still brought up in this tradition that immigrants “don’t belong” and I’m not saying that’s okay, but then again who am I to judge them? I’m privileged to be brought up in such an accepting community of all diversities and I’m proud of what I did. The real intention of the Coke ad was to convey the whole idea that our nationalism has brought us together even with our different backgrounds, and I’m glad most of the people that watched it got that from the commercial! I feel like ads, like the Coke one, will help us realize what we need to work on as a nation to define ourselves as Americans and that acceptance is key through this process.