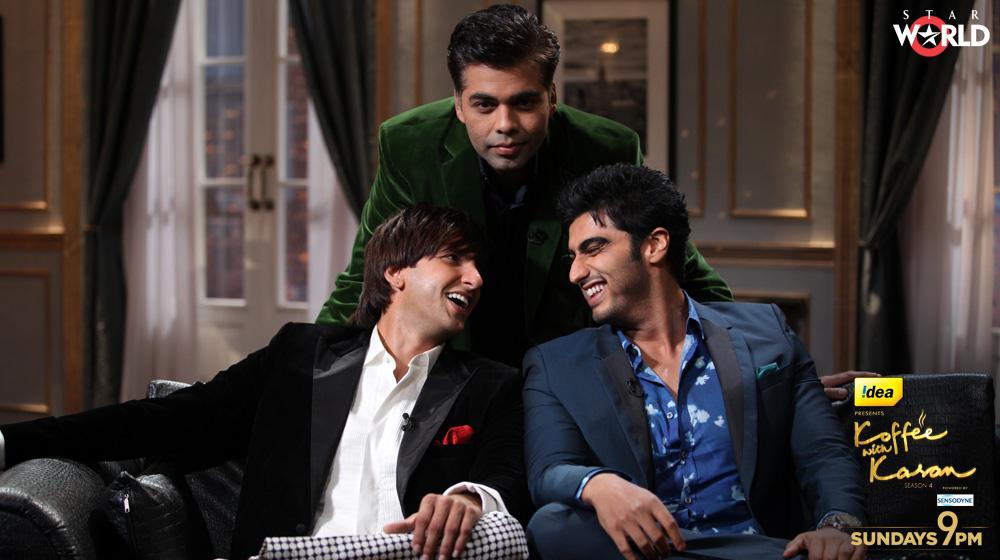 Do you love Bollywood? Do you thrive on gossip? Do you wish you could spend hours with the hottest actors and actresses? Do fun alliterations impress you? If you said “yes” to all the above questions you are either my soul mate or evil twin, as well as the perfect viewer for “Koffee with Karan.” See? Fun alliterations already!

“Koffee with Karan” is an hour-long talk-show hosted by director-producer Karan Johar (“Kuch Kuch Hota Hai,” “Kabhi Khushie Kabhi Gham,” “Student of the Year”). I discovered the show a few years ago during a visit to India. I was sitting in my grandparents’ apartment flipping channels while everyone else at home was partaking in the ritualistic afternoon nap that I despise. Much to my pleasure I found a one-hour show in which the famed Karan Johar was interviewing two celebrities not only about their careers but about more personal aspects of their lives such as love, friendships, families in his own witty way. Thus, my love affair with “Koffee with Karan” began.

The show airs depending on Johar’s personal projects and schedule; just this past December it began its fourth season. Like the seasons before it, the format of this season includes the first conversation with both guests followed by the infamous “Rockin’ Rapid Fire Round” in which Johar spits out a series of fast, scandalous questions for the celebrities to answer. Johar creates questions that he hopes will spur controversy and the guest that answers in the spunkiest and most honest fashion wins the acclaimed “Koffee Hamper,” basically a goody basket of treats.

The “Rockin’ Rapid Fire Round” questions range from ranking fellow actors and actresses according to talent to decoding common phrases and giving fellow actors and actresses advice. Much to Johar’s disappointment many stars give diplomatic answers to these questions, but when they don’t, their answers can often end up on the headlines, such as during season three when Deepika Padukone suggested that her ex-boyfriend Ranbir Kapoor should be in condom advertisements.

This season, the “Rockin’ Rapid Fire Round” is followed by a Bollywood trivia quiz where stars get quite competitive to win yet another prize.

Also new to this season is the tagline for the show: “Behind the Scenes, Beneath the Sheets.” This tagline reflects Johar’s desire to create more scandal as we now hear celebrities discussing more salacious details of their love lives such as the number of partners they’ve had, how good they are in bed, or who they’d like to have gay encounters with. Growing up in a conservative Indian culture, I was surprised by Johar asking these questions. Don’t get me wrong though, I still love this juicy hour of television.

So far, season four has been an exceptional one, thanks to some funny and clever commentary by the guests. The show has had stars who don’t normally appear in interviews, such as Salman Khan (who, on the show, claimed repeatedly, and quite amusingly, to be a virgin, LOL) and Aamir Khan (who made many frank statements). It has also featured unique interactions and star relationships that the public doesn’t have much insight into. For example, Salman’s father, Salim Khan, was featured during the same interview. Aamir Khan appeared with wife, Kiran Rao.

A future episode promises to be interesting as it will be an interview of father-daughter pair Anil Kapoor and Sonam Kapoor.

Besides the pairs already mentioned, this season of “Koffee with Karan” has also included BFFs Ranveer Singh and Arjun Kapoor, whose bro-mance apparently cannot be rivaled. “Shaadi ke Side Effects” co-stars Vidya Balan and Farhan Akhtar provided some laughs and a lot of sexual innuendo. Johar’s latest launches from “Student of the Year,” Alia Bhatt, Siddharth Malhotra, and Varun Dhawan, also came on and gave their perspectives as the future of Bollywood. Lastly, Deepika Padukone and Priyanka Chopra, as seasoned “Koffee with Karan” guests played it safe on the show in hopes of avoiding scathing headlines and intense media speculation.

Regardless of who appears on the show and their approach to it, “Koffee with Karan” is always guaranteed to be a fun, guilty-pleasure watch. Johar’s presence within Bollywood as a member of the film fraternity and not a journalist along with his wit and penchant for gossip are critical to the show’s success. These factors combined with each guest’s unique personality make “Koffee with Karan” a show that enables Bollywood fans to see their favorite stars in a whole new light.

You can check out “Koffee with Karan” in the United States on Star Plus, in India on Star World, or online at http://koffeewithkaran.starworld.in/.