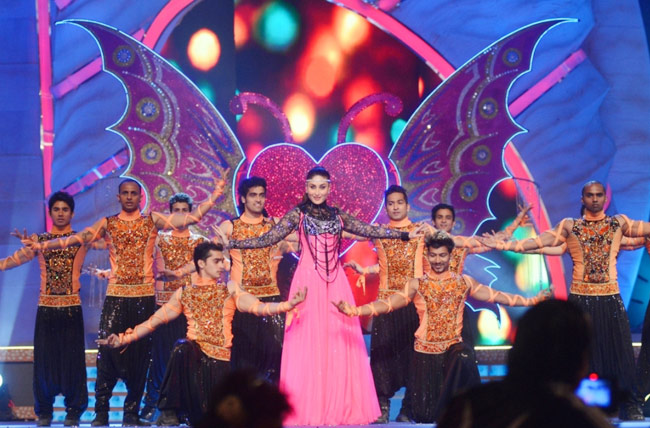 If you live in Tampa, FL and suddenly see some famous Indian and American faces around—don’t be confused. This is not some strange dream. The 15th annual International Indian Film Academy Awards (aka IIFA Awards) will take over the hot-and-happening city, starting today until Sat., April 26.

For those unfamiliar, the IIFA Awards began in 2000 and is one of two big award shows in the Indian film industry, the second being the Filmfare Awards. Every year, the Indian Film Academy hosts the award ceremony in a different country. The first ceremony was held in England and last year’s IIFA’s were held in China.

This year’s award show has been heavily promoted throughout the states for many months and it’s rumored to be bigger and better than ever. Considering the hefty ticket prices, ranging from $75-$3,000, Bollywood has a lot to show.

Even though the award show is happening on Saturday night at the spacious Raymond James Stadium, the film academy has a very detailed schedule of events planned for folks who have already arrived. The festivities will begin with an “IIFA Stomp” at Curtis Hixon Park today. The itinerary also includes an IIFA Expo and actor workshops with Bollywood icons like Anupam Kher and some Hollywood stars like Kevin Spacey. It’s safe to say, the week-long series of events have become a fusion of American and Indian pop-culture. More so, John Travolta will be receiving the “Most Popular All Time International Star In India” honor.

For more nominees, check out the full list here.

The Oscars’-like award show will also feature many star-studded performances by Hrithik Roshan, Priyanka Chopra, Madhuri Dixit, Saif Ali Khan and Ranveer Singh, to name a few. As of now, the ceremony will only air on India’s Star Plus channel. But don’t fret! Stay tuned for BG’s updated list of winners after they are announced on Saturday night. If you’re anywhere near Tampa this week, go out and enjoy the festivities. It’s not everyday you get to hang with your favorite Bollywood celebs.