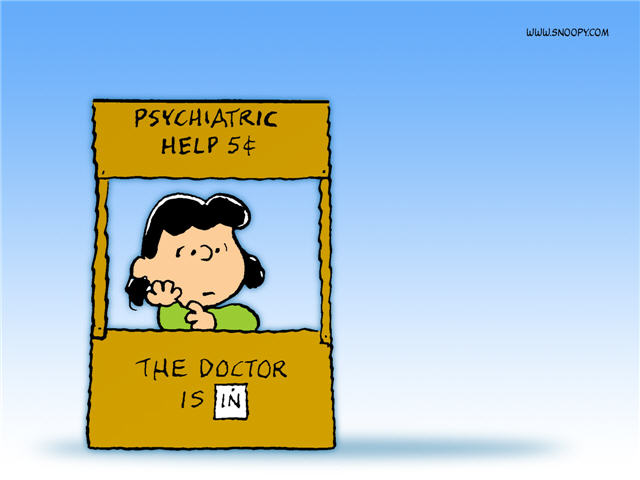 It’s also hard that my therapist doesn’t talk that much. Is that how it’s supposed to be? Probably. He knows what he’s doing, because this is hard.

Therapy is like a mirror. When you start, you hold it up to your face. You introduce yourself, how you look, how you feel on the outside, and what brought you there (usually, it’s that you haven’t had to look in the mirror recently, and that’s been all fine and well until it wasn’t, and then suddenly you’re broken and you have no idea what you look like anymore.) So it starts at the face. The therapist knows that this is the face you show the world, that this is the first time in a long time that you’re looking in the mirror, and it’s a slow but awkward re-introduction to your broken self through the eyes of a stranger. Then, the hour is up, and you’re satisfied you made the choice to even go, that someone heard that you’re broken and didn’t go running for the hills but actually listened. And that’s enough for the time being.

Then you go back the second time. You know how we all have a part of our body we hate? For some people it’s their toes or the shape of their fingers or their ears or their thighs. Well, starting in that second session, therapy finds that spot, usually you don’t even have to point it out, and holds the mirror there. So there it is, my thighs. I hate looking at them. I pretend they don’t exist and the way I function in the world is reliant upon how well I hide my thighs or don’t even think of them at all. But the thighs are where the problems are. It’s where the cracks have begun to appear, and even though you think you do a pretty good damn job of hiding your thighs from the world, they’ve brought you to this office with this stranger on a couch you’ve never seen before. Yet, you have to stare at them. You have to stare at them and fight the urge to run until you can finally say, “I hate my thighs.” That’s when therapy begins.

“Most things will be okay eventually, but not everything will be. Sometimes you’ll put up a good fight and lose. Sometimes you’ll hold on really hard and realize there is no choice but to let go. Acceptance is a small, quiet room.” – Tiny Beautiful Things

“Whatever happens to you belongs to you. Make it yours. Feed it to yourself even if it feels impossible to swallow. Let it nurture you, because it will.” – Tiny Beautiful Things

This all began after my seemingly unprompted breakdown last Tuesday. After having dinner and drinks with friends, when I returned to my dark apartment, alone and inebriated, on the brink of tears, I was at rock bottom. I didn’t want help, but I wanted my best friend. I didn’t want to sleep, but I didn’t want to do anything. With depression, thinking, eating, sleeping, talking, emailing, watching television, reading… all of it becomes too hard to do.

Everything was really difficult that night. I finally texted my friend that I had a bad day as she was sending pictures of her newly painted nails, and it took everything inside of me to tell myself it was okay to burden her with my shittiness because I was very clearly not okay. A full night of insomnia followed, and the next night I slept for over 12 hours. Suddenly it was Thursday, I had missed half a day of work, and I couldn’t get out of bed. It was 2 pm. I should get out of bed, I should eat something, I should go downstairs to my office and do the work that’s been piling up. I’m being so selfish and lazy and childish, I told myself.

A couple of hours later, I Googled the NYU Wellness Center, something I had done a couple of times in recent months but never did anything with. If I wanted an appointment, I would have to call and speak to someone for a 15 minute evaluation. Still in bed at 4:30 pm, I laughed. The thought of talking to someone on the phone terrified me. I could just hear myself, “I’m sad and tired and overwhelmed and still in bed and I’ve fucked up a lot of good things in my life, so I’m feeling a little shittier than usual about that. Do you have an appointment for that kind of thing?” If I could even pick up the phone, I wouldn’t be here. I saw walk-in hours on the sidebar. Within 30 minutes I forced myself out of my pajamas into decent street clothes and walked into the counseling center. I don’t know what drove me to do it- there was really no trigger. The thought of any movement or thought had been so overwhelming, but something inside me knew that if I didn’t get out of bed right that second and go see someone in person immediately, I would spend days in bed doing nothing and feeling worse.

As I filled out the intake form, with the usual Likert scales (How hopeless do you feel? Do you feel fatigued and tired all the time? Do you believe you can achieve your goals? etc.), I circled some really high numbers. As I totaled them at the bottom, I almost laughed to myself. I have been studying these exact scales and evaluations for nearly two years. I want to be a mental health counselor, and this was a really meta moment. My number was really high, and I knew it was bad. Holy crap. I can’t believe I hadn’t seen it sooner.

My name was finally called, and as I walked into the room and sat down with the nicest counselor lady for a quick session, she scanned my questionnaire and saw the total. Almost inadvertently, she let slip, “Oh, honey…” and paused for a second before looking up at me and asking what had brought me in today. Yeah, I was fucked. I ended up telling her more about the turmoil of my personal and academic life over the last four months than I had told any one single person in my life combined. I was not okay, not sleeping, too overwhelmed to do anything, and though I didn’t say it out loud, was pretty sure I needed to be put on medication immediately. When I told her about the insomnia, she thought I should try a bedtime routine and/or meditation before bed. I finally worked up the courage to tell her this was more than that. Within an hour, I was being seen by a doctor who would temporarily prescribe me medication until I was able to see a counselor in a few days.

I have always been anti-medication. I don’t like it, I don’t comply with it, and I don’t like the idea of swallowing pills for anything, be it a cold, headache, or insomnia. But somehow, I was here in his office, retelling the story of the last 48 hours, asking for immediate help. I needed sleep. I needed my life back. I needed to feel in control again. What followed was a very clinical discussion that felt like an aggressive, rapid-fire interrogation about my life (Do you do any drugs? Do you smoke? How often? Do you drink? How often? Do you smoke anything else? What does your anxiety feel like? It feels like anxiety. Are you healthy? I don’t know, AM I? I’m HERE so probably NOT, sir.)

Though he would give me meds to help me sleep for the next few days, he also recommended I meet with a non-walk-in doctor who could see me regularly, aka prescribe antidepressants while I began therapy elsewhere. He picked up the phone, said his name, and asked if he could make an appointment. I couldn’t hear what the person on the other line said, but he responded, “Yeah, soon. Level Three. So as soon as possible.” DAMN, I’m a level three. Fabulous. Is that like, a scale? Am I a three out of ten? Three of just five? Am I just one level away from a 72-hour psych hold? Are there only two levels and I made a new one?

He hung up and handed me a card with another doctor’s name, and an appointment time for five days later. He also handed me a slip with the name of an anti-anxiety chemical I had neither heard of nor could pronounce, to hold me over till I could see the person who would know me as Level Three (one of many, I selfishly hoped). Within an hour, I had paid two dollars for 20 anxiety pills that were going to help me sleep at night and also help me not crush under the burden of daylight. It seemed like a worthy investment.