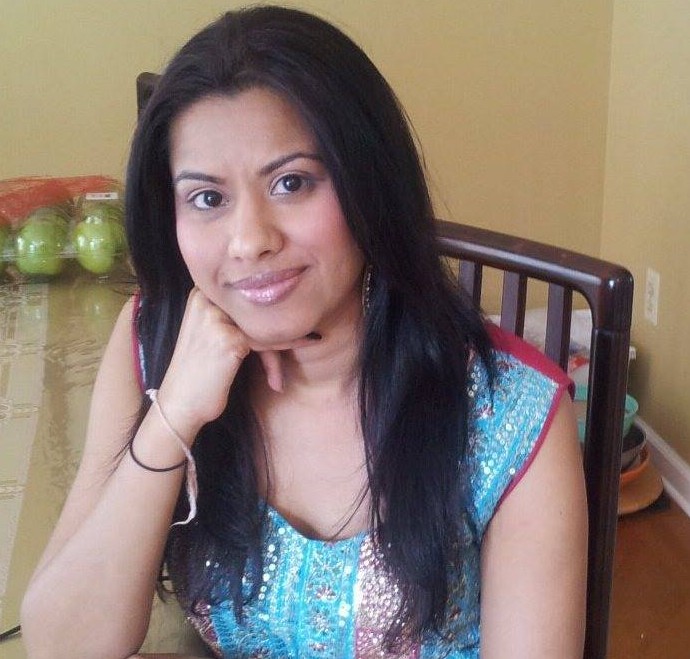 The lives we live can be so convoluted and rife with material or trivial dilemmas. As human beings, we can sometimes check our humanity at the door and forget about our fellow person. It’s good to take a step back from our own worlds and step into the shoes of another person. In the spirit of stepping into someone else’s shoes, have you met Ekata Doshi?

If you’re wondering who Doshi is, then you haven’t watched Shades of Shakti on TV Asia! TV anchor and host Nisha Mathur (also BG’s former Power Player) explores the achievements and compelling life experiences of inspiring South Asian women during a 13-episode series. Each woman documented within the series is shown dealing with nefarious perplexities and extremities of life.

Topics range from domestic violence to women taking care of children with disabilities. All of the episodes feature stories that are normally kept quiet, but for the first time, are shared openly and honestly.

During Doshi’s episode, she very openly, genuinely and with unflinching honesty tells the story about her diagnosis of —chronic lymphocytic leukemia, also called CLL. It is a type of cancer in which the bone marrow makes too many lymphocytes (a type of white blood cell). CLL is a blood and bone marrow disease that usually gets worse slowly and is the second most common type of leukemia in adults.

Ekata’s life changed very quickly, and her focus shifted greatly from her career and 70-plus-hour work-weeks to a new call of duty. She was U.S. Controller for Datamonitor when she first heard the news. But she didn’t let her diagnosis stop her, rather, she found a way to help those who are also dealing with similar circumstances.

Perspective I think is huge, the inspiration and realization that no matter who you are, you can do something for someone else,” she said.

Make me stronger is the perfect name. It exemplifies exactly what it is  – people are registering and learning. It also serves my purpose of being a voice for a cause that needs more voices,” Doshi said.

The startling statistic is one reason there needs to be more voices like Doshi. Only one in 20,000 South Asians that are in need of a bone marrow donor will actually find one.

Our goal is to change the statistic. We want to give somebody a chance somewhere to be able to find a match. I think it’s very important that any story or article that is written the message is, that it’s not about me, this is about making a difference in our community in this way. Being able to do something for your brothers and sisters that isn’t being done,” Doshi said.

That is horrendous considering that the South Asian population is one of the largest in the world.

“With circumstance that life has brought in front of me, if I don’t actually take the responsibility that comes with that, and speak on it, then I don’t feel like I’ve done my job,” Doshi said.

Through her grassroots movement, Make Me Stronger, she’s able to become an advocate to change this statistic on her own terms.  Doshi is able to educate people about bone marrow donation and teach the importance of becoming a donor.

“Registering is not for everybody, I think its such a personal topic. I can’t judge anybody one way or the other. All I can do is put the facts forward,” Doshi said.

Continuing forward and advocating for an increase in marrow donors, Doshi is a New York City resident and the CFO of Process Stream, a company that provides quality assurance and information technology services. In addition to that, she is a consultant for an accounting firm, Ark LLP.

“I have a career where I am using my skill set to help people, in a way that they need,” Doshi said.

Achieving her dream of becoming a CFO and then running a nonprofit organization, Doshi has kept in-line with her ambitions.

Now, have you met Ekata Doshi? She’s a humorous, young woman, who believes that things in life are the way that they are because they were written to be this way. She is a person who is determined to not let her health consume her and change who she is.

“I’m someone that tries to see situations outside of myself, and seeing what I can do to make it better. I’m trying to make the most of everyday,” she said.

Through advocacy and sharing a part of herself with Brown Girl, and on her episode of Shades of Shakti, she’s on a mission to not only help herself, but many others in need.

In Ekata’s words – Embrace your differences. You are more beautiful than you think, stronger than you realize and your laughter shows your resilience,” she said.

-Make Me Stronger has added more than 1,200 donors to the bone marrow donor list.

-AND! If a South Asian person DOES find a match, there is a 60 percent – 70 percent chance that the match will say NO!

Watch a clip from the first “Shades of Shakti” episode, featuring Ekata Doshi:

Register and Donate: How does it work?

It all starts with simple cheek swabs and you can save a life!