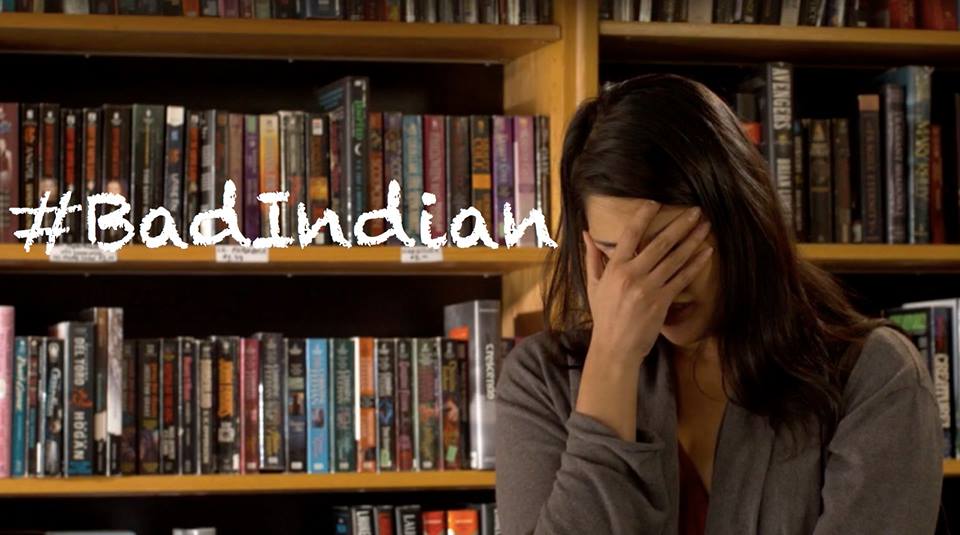 We’ve all been there: you lost your job, need a new place to stay, and things just aren’t panning out the way they were supposed to. Getting on your own two feet is a difficult feat and anyone who says it comes easy is sugar-coating it, to say the least. Add to the mix: womanhood, singlehood, “Brown”-hood, and now you’ve got a story not only more interesting, but also more relatable for so many first-generation desis today. The story isn’t new, nor is it unspoken about, but engineer-turned-actress-slash-filmmaker, Janaki Tambe, did feel it was too serious. So, she quit her “good Indian” job and swapped it out for one that not only made her more happy, but also gave her the platform to tell a story that all “American Born Confused Desis” know so well, the one of being a “bad Indian.”

In a six-part web series called “Bad Indian,” Tambe’s leading lady—a role she played herself—takes viewers through the hilarity of life as a first-generation desi, making light of themes like sexism, racism, hypocrisy and even some narrow-mindedness that surrounds a generation of people that’s constantly trying to balance their traditional roots with their modern upbringing.

In the first episode of “Bad Indian,” Tambe introduces us to the lovable and wonderfully awkward Janaki—the main character Tambe named after herself. She is a 32-year-old, single, brown girl, who is still just trying to figure out her life after losing her job and getting kicked out of her apartment when her gay roommates decides to have a baby. Janaki is forced to move back home after a few failed attempts to find a new place, much to the dismay of her parents. Again, the story isn’t new.

So what is so new about “Bad Indian?” It’s bold, bluntly honest about the desi experience, and—most importantly—it’s funny,which Tambe says is exactly what she hadn’t seen done when embarking on creating the story herself.

After finding success from both viewers and critics (“Bad Indian” was an official selection for TO Webfest 2014), in this interview with Brown Girl Magazine, Tambe talks openly about her inspiration for “Bad Indian,” what message she hopes to send with her show, and what’s next for this “bad Indian.” 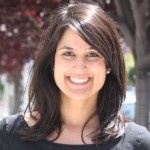 Janaki is a character who represents the unspoken voice of first-generation South Asians today, especially for women. She’s trying to live the “American Dream” that comes with its share of ups-and-downs, while keeping the pressure of pleasing her traditional Indian family at bay. What is it about Janaki’s character that you hope will best resonate with audiences?

[I think that] this feeling of not fitting in, of being less than, or being a ‘loser’ is so common and can be so intense and isolating, especially when you’re young. When it’s happening you don’t realize that it’s temporary, and that it happens to everyone at some point.”

What are some themes in this show that were especially important for you to portray and bring to light, and why?

Growing up, everyone had that family friend that seemed to be smarter, prettier, more talented, and it was especially prevalent in first-generation families, where communities were close-knit and had a lot of overachievers. And now, Facebook Syndrome is like a different version of that, where you’re seeing everyone you know have these picture-perfect lives, which can be really hard when you’re going through your own difficulties.

I thought it would be fun and liberating to show the flip-side of that. What about that friend that is having some bad luck, and nothing seems to be going right for her? What would her Facebook profile look like? That’s the show I wanted to see, that’s the character I wanted to write about.”

You were previously working in a much more, let’s say, typically Indian industry as an engineer and graduated as a double-major in math and economics from MIT before deciding to launch your own production company and this series. How much of your show’s character represents you and your own experiences growing up and being a “bad Indian?”

Science, Technology, Engineering, Math (STEM) fields can be considered more ‘typically Indian’, but they’re also male-dominated, so there are still feelings of not fitting in, which is one of my major themes in the show. And that’s all it is sometimes, a feeling, that leads to some awkwardness, that keeps you from speaking up or sharing your ideas. The important part is embracing it and realizing that it actually enhances creativity and adds value to whatever you’re bringing to the table.”

We have to ask: How did your family react when you told them you were trading in your stable 9 to 5 for this creative endeavor?

When I introduced the idea, I asked my parents if I could move home and use their house for a set. I was living on the other side of the country at the time, so I don’t think they heard me past the “move home!” After that, they went through some of the same phases of doubt and skepticism that I went through, but that’s to be expected. This is such a new medium that it’s hard understanding it yourself, let alone explaining it to your parents.” 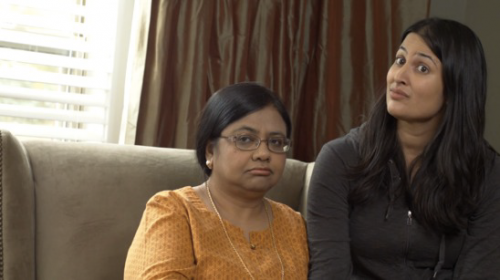 Although you don’t have any formal acting experience, you chose to play your namesake character yourself—why?

There were a few reasons: I chose to act the part of Janaki because it was cheap labor, it was going to help me learn as a writer, and help me get rid of inhibitions while [learning to] deal with criticism. But the main reason was I wanted to brand my product with my own face. Audiences rarely recognize names from the credits, but they remember faces. That people can immediately connect you with your work, and that’s really important for creators that are just starting out. This is especially important for women and minorities because you can make sure you’re the person first associated with your work, and nobody can deny you credit. You take a chance on it flopping of course, but that’s important too. Then it’s out there that you’re a person that’s willing to take a risk and take responsibility for your work, which is also a valuable asset.”

We do a lot of the perpetuating, I think. There’s this term, “ABCD” for South Asians born in America, that stands for American Born Confused Desi. It emphasizes the idea that as first-generation [desi-] Americans we’re confused and torn between cultures. What we tend to forget is that we are actually forming our own new culture that’s a blend of the two.”

Especially those of us that grew up in the 70s and 80s, before we had the internet and yoga pants and Indian restaurants on every corner, we really had to figure out a lot on our own, and we had some interesting and unique experiences that will never be repeated by another generation. And that’s really kind of wonderful, and something to be celebrated and documented.” 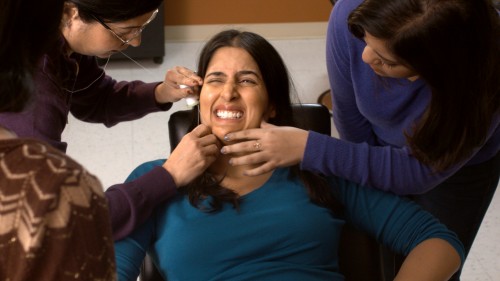 When conceptualizing the show, you probably knew that it was going to be something that South Asian Americans of all generations would watch. Was there a theme or topic that you thought might be too risque to cover?

No, actually. Family-friendly humor is a lot more interesting to me as a writer. When you put restrictions on yourself like, “I want my mom and my 3-year-old niece to be able to watch this” it’s more of a challenge.”

Tell us about the biggest challenge you had in producing this series.

The biggest challenge was just working through my own self-doubt. I’m not a naturally confident person, so all I could see was the mistakes I made and what I thought YouTube commenters were going to have to say. But you have to just keep working through it and pushing yourself to finish what you started.”

If audiences could take away one thing from “Bad Indian,”  what do you hope that message would be?

Don’t be so hard on yourself! Your life is going to be full of rejection and failures and awkward moments, but just keep moving, forgive yourself, and if you can, learn to laugh about them.”

Can we expect to see more film work from you after ‘Bad Indian’?

I was going to take a break for a while, but of course I’ve already broken out my notebook and started scribbling some new ideas. Now that I know the process, and a little more about where to find resources, I’d love to do another series. I’ve already started talking to some of my MIT girlfriends about doing a “Big Bang Theory” or “Silicon Valley” type of show, but from the female perspective.”

I’d also love to hear from all the brown girls out there! That’s one of the great things about web series—creators are really looking to interact with their audience and hear what they have to say. Share stories and comments on Facebook, YouTube, or contact me on the ‘Bad Indian’ website. Tell me what parts of the story you can relate to, or share some stories of your own!”