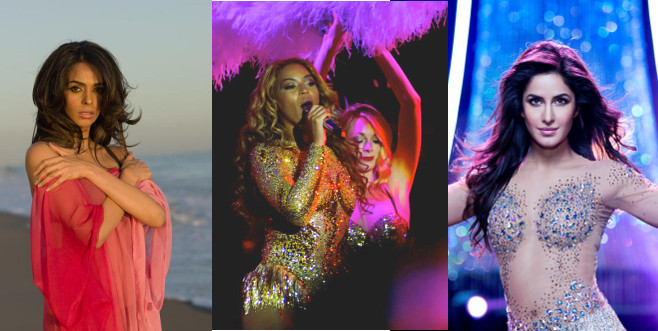 Originally appeared on Truth Is Cool:

Beyoncé’s fan base is so unbelievably immense that you often forget that there are people who don’t want to be part of it. So it was interesting to recently stumble upon an open letter to First Lady Michelle Obama, stating, “Beyoncé is not a role model.”

This was an intelligently written letter. Rakhi Kumar, the author of the open letter, connected misogyny, human trafficking, and the concept of choice to ultimately conclude that Beyoncé embracing her sexuality the way she has sends the wrong message to young girls who follow her career. The trigger for this letter, I presume, was Beyoncé’s choice to wear a sheer bodysuit with exposed nipples for her Mrs. Carter Show World Tour a couple weeks ago. Kumar continued to write, “Variations of Beyoncé’s body suit can be found in brothels, strip clubs, and red light districts across the world—where sex is for sale and it happens to be dispensed through a woman’s body.”

That fact is unfortunately true, along with many things she stated in the letter about human trafficking. But the overall statement she makes with the letter sends a mixed message to girls and women all around the world.

Today, women constantly fight both sides of the battle when it comes to their sexuality. They can appear in the cover of swimsuit editions of men’s magazines, but are blamed if they are raped for wearing something that was “asking for it.” Women who are confident with their bodies and choose to wear clothing with more exposure are often labeled with derogatory terms, but women’s magazines are always giving you tips on how to be sexy for “your man,” or what men like to see women wear. Essentially, what it boils down to is that women are taught to be afraid of their sexuality, and that it is only okay to embrace that “naughty side” for your man in bed.

Therefore, I find Kumar’s letter to be of poor advice, despite its best intentions. Women should not be afraid of their sexuality—they should be taught to embrace it. It is fundamentally unfair to ask women to be conservative about their sexual activity or with their choices in clothing because of today’s problem with objectifying women in the media. If anything, they should take charge to erase that “taboo” on women’s sexuality in spite of the media’s objectifications.

Women should be able to take their own step forward in defining who they are, and Beyoncé’s choice to embrace her sexuality—and ultimately her femininity—is bold and empowering.

Grace Jung is a current student at Northeastern University, studying as a political science major and a journalism minor.