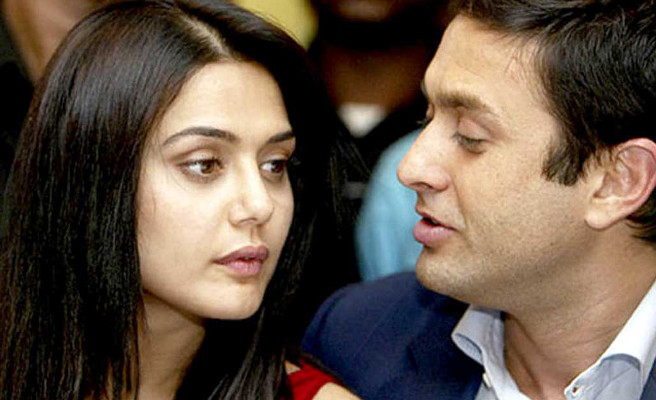 Recently, Bollywood actress Preity Zinta filed a molestation case against ex-boyfriend Ness Wadia, co-owner of King XI Punjab -Indian Premier League’s official cricket team of Punjab. Zinta registered a complaint stating that Wadia attempted improper acts towards her. He molested, threatened and abused her inside Wankhede stadium in Southern Mumbai. The aggression of his threats and the abuse continue to worry and scare Zinta.

Wadia continues to deny every claim and accusation made by Zinta deeming them as unjustified. According to Zinta, Wadia has continued threatening her saying, she will “face a great deal of trouble,” she is “of only little importance,” and also claiming that he is more powerful than Zinta. The incident is now registered under section 354 of the Indian Penal Code, “for outraging the modesty of a woman.”

It is being contemplated whether or not to add stalking charges against Wadia. The case is being executed fairly, the same rights given to men are given to women and besides the impartial investigations, Zinta and Wadia’s previous five-year relationship will not be taken into consideration and will be irrelevant. No past relationship should determine the outcome of any investigation and same for a current relationship. A crime is a crime no matter what.

This case has caused a major uproar in media and shocked all of India. Not only did Zinta say that this kind of abuse has happened to her previously by Wadia, but the topic of rape and molestation is at its peak around the world today and the unfortunate truth is that it is incredibly apparent and common. In 2012 crimes against women were said to have risen by 6.4 percent.

This case is a great example of the issues that women are facing in today’s rape culture. Unfortunately, not even celebrities are exempt from it. Whether it be molestation, rape, harassment or trafficking, each and every crime is inexcusable and should never be tolerated.  Women should not be scared to leave their homes and live their lives.  There should never be a time where women have to gamble their security in order to be independent, yet here we are today and it’s only getting worse.

Zinta is being put into the limelight due to this incident.  Maybe it’s because she’s a Bollywood actress that this investigation has so much media coverage and constantly mentioned.  But famous actress or not, this one incident proves that molestation or rape are not prone to only some women.  Women are inherently equal and the sad truth is this can happen to any woman.  Zinta spoke out about her experience and it may or may not have been her fame that gathered such a large amount of support but whatever the reason may be, it can definitely be said that India is progressing on the issue.

India has always been a conservative country and seeing the amount of support there is for Zinta proves that the nation is evolving for the better.  We can hope that this case encourages many more women to come out and speak out about anything that has ever happened to them, without letting fear dominate their lives.  There has undoubtedly been a rise in women breaking the silence and bringing the abuse they have encountered forward.  But abuse numbers keep rising and many women continue to keep silent.

@annavetticad its coz we trivialize the issue of #PreityZinta that we have dumb bystanders watching the poor middle class woman get abused. — foot philosopher (@mubbuthgreat) June 22, 2014

#PreityZinta #PreityNessMess Hats off to woman who stands for herself & fights for her dignity. We are with you @realpreityzinta — Jyoti (@2703Khusshii) June 22, 2014

Leave her alone. #PreityZinta Give her some privacy guys. She just returned from US and the reporters are getting crazy ???? — Rahul Rajendran (@rahulraj304) June 22, 2014