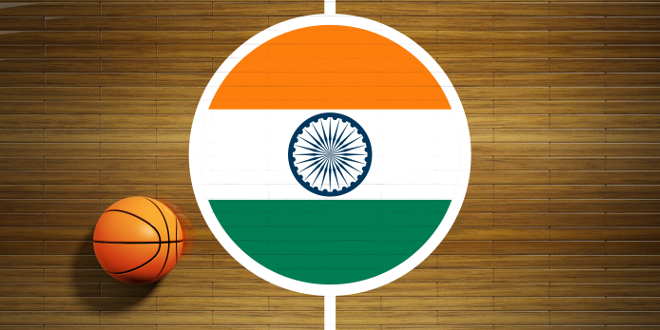 About two weeks ago, two leading Sikh-Indian players were asked to remove their turbans minutes before the Japan vs. India Asia Cup game. According to regulations put in place by FIBA Asia Cup, turbans pose a threat to the other players.

The main reason to wear a turban is to take care of the hair, promote equality and keep the Sikh identity. So why is it that a commonly worn headgear, known as a dastar among Sikhs, was banned from the basketball court during a recent and controversial Asia Cup game?

Amrit Pal Singh, 23, and Amjyot Singh, 22, two of India’s highest-scoring players who both tower above six feet, were forced to remove their righteous headgear. If they did not scramble to untie their turbans and tie their hair with a headband and pins, they would be prohibited from playing.

A day before the tournament, India’s Head Coach Scott Flemming, was told by the International Basketball Association (FIBA) officials that the two leading players would be allowed to keep their turbans intact.

Yet moments before the buzzer rang, the referee asked the two players to remove their religious headgear because they were in violation of Article 4.4.2 of FIBA’s official rules, which states that “Players shall not wear equipment (objects) that may cause injury to other players.”

“I spent a long time advocating for our players the day before the Japan game and finally thought we got the ok for [them] to wear their turbans,” Flemming told Karan Madhok, writer and founder of a well-known blog about the growing trends of basketball in India, Hoopistani. “I was then told right before the game there was a misunderstanding on what we agreed to. I again pleaded for our players on this ruling. Finally, the FIBA official made the ruling and we had no choice. I would never make our players do anything they were uncomfortable with according to their religious practices. It was up to them. They both decided to adjust to play in the game. It was disruptive but I thought they both handled it well.””

The big question remains: What kind of danger does a turban cause? Even though the Indian team did exceptionally well during the nine-day tournament at the 5th FIBA Asia Cup, both Amrit and Amyjot can speak for other turban-wearing Sikhs when they say, they feel more  comfortable playing with their turbans on then without.

“We have always played in turbans, even in last year’s FIBA Asia Championship in Manila,” Amrit told Madhok. “But playing in the Japan game without it felt very awkward. I wear a turban in practice, too, and it was strange to not have it on during the game.””

“I find it much more comfortable playing with the turban, of course,” Amjyot told Madhok. “That is part of my habit.””

It’s simple, FIBA’s ban against the turban has nothing to do with danger, but more so with their misunderstanding of Sikh customs. It is a blatant form of disrespect to the Sikh faith.

Sikhs across the globe have united to take a stand against FIBA’s unfair ruling using social media.  Sikh advocacy organizations, such as Sikh American Legal Defense Education Fund and The Sikh Coalition, are working together to overrule the current decision against the turban.

The Sikh Coalition has created an online petition asking FIBA to lift the unfair ban! Please sign and share with your community.

Close to 300 Sikh Americans have written letters to @FIBA telling them to #LetSikhsPlay. Join them – http://t.co/d2krb9iywt.

Disappointed that @FIBA irrationally bans the Sikh turban. Sports should bring people together not drive them apart. #LetSikhsPlay

In this day and age, it is hard to believe that a worldwide organization like FIBA, which brings countries together through sports, can misunderstand a symbolic headgear as danger. It is important to note that other worldwide sports organizations, including FIFA and NCAA, allow players to wear turbans. International sports organizations have a unique power. It is through sports, such as basketball and soccer, that we find a common denominator among humanity, regardless of race, nationality or religion. More so, professional basketball players are emerging from India, which means, more turbans. But FIBA’s turban ban betrays this unity and the morale of our team and Sikhs around the world. Show support for turbaned-Sikh basketball players, and for the freedom of religion and respect for humanity using, the hashtag #LetSikhsPlay.

Update: Since the publication of this post, SALDEF said FIBA will evaluate their decision to uplift the ban during their next board meeting in August.