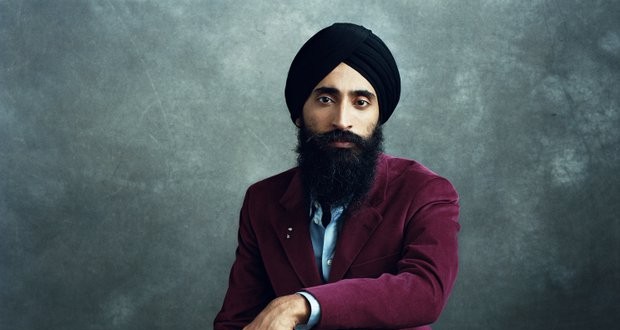 Misconceptions and stereotypes of Sikhism are out of control. The unfortunately persistent “anti-turban bias” has resulted in murders, shootings and severe bullying of Sikh youths.

The Sikh American Legal Defense and Education Fund and their media partner Comcast came together to produce the first-ever Sikh-American public service announcement.  The 30-second video is a major milestone in the fight against discrimination towards Sikhs, and serves the public by breaking misconceptions and misguided notions, while showcasing notable Sikh-Americans.

Originally airing from June 30 to July 27, designer and actor, Waris Singh Ahluwalia  appeared as the PSA’s spokesperson.  You may recognize Ahluwalia’s name from the Gap subway station ad, which was destroyed by racist graffiti in Bronx, NY.  His strong support for the Sikh community made him the ideal choice.

This [PSA] was an opportunity for me to narrate a powerful manifesto with an audience that is twofold,” Ahluwalia said to Mic. “[Firstly] a national audience that may not be familiar with the Sikh community and secondly to show young Sikh-Americans that their paths can be limitless.”

Twenty percent of respondents said that when they encounter a stranger wearing a turban, they are more likely to become angry or apprehensive.”

Sikhs have been part of the American culture since the late 1800s, but are still misconceived and frequently stereotyped within American society. More than half of Americans are still unable to recognize a Sikh man and many connect a man wearing a turban with violence and aggression.

Even though the PSA stopped airing yesterday, we continue to make its goals known: To combat ignorance and create awareness of the Sikh-American community.  Not only did SALDEF aim to empower the Sikh American community, but also strove to educate Americans on Sikhism.

Overall, the PSA has created a strong motivational power, which has allowed many Sikh-Americans to stand up and take pride in their identity and fully accept who they are.

Jill Patel is currently a high school student living in New Jersey. Besides writing, she has a love for art, coffee (caffeine in general) and exploring new places, whether they be in NJ or in a completely different country. When she is not wandering in search of coffee or new places to visit, Jill is either binge watching TV shows or updating her blog. She hopes that through Brown Girl Magazine, she will be able to reach out and connect with South Asian women from around the world. You can also follow her via Twitter and  Instagram.

Op-Ed: GOTV (Get out the Vote): a Letter to my Fellow Progressives