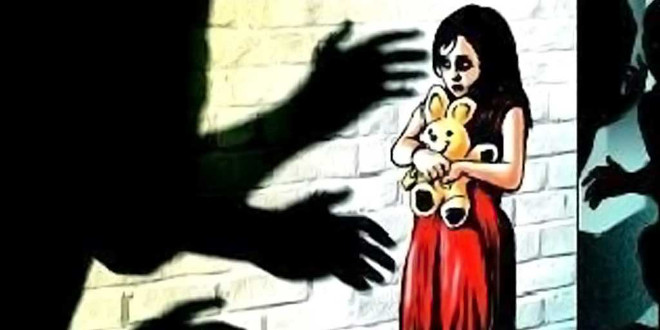 Rape is one of the most common crimes against women in India.  It has reached a point, where every rape case we hear of we remain almost unaffected and unstirred.  For a moment, we grieve, but many of us don’t take the time to see how horrific it all truly is.  Why? Well, it may be that it has become so common and so utterly disgusting that all we want to do is forget, and hope and pray that it stops.

In reality, we cannot push aside the facts and we can’t ignore it.  It’s happening, and it is happening incredibly often.  With every case reported it seems to become that much more heinous and repulsive.  One recent case was the rape of a 14-year-old girl, which was an act ordered from the head of the village.  Her brother was accused of attempting to rape a married woman, so as punishment to the brother, the remote village in the eastern Indian state of Jharkhand called for the rape of his sister. Because that justifies as punishment in what century?

So to wrap your head around this: she was raped because, apparently, that is the village’s idea of punishment for her brother.  The concept is rooted behind this clichè statement: An eye- for-an-eye.  That is the village’s idea of justice, but what they failed to realize is, this form of punishment has never solved anything and never will, especially when it calls for the rape of an innocent girl.  That is not justice, but rather downright cruelty.

The man who raped the 14-year-old girl happened to be the husband of the woman who was sexually assaulted by the girl’s brother.  Both the attacker and his wife dragged the girl from her home and into a forest where she was raped as a form of retaliation.  What makes matters worse is that the villagers looked on as this innocent girl was dragged and raped because of something her brother did. Her screams echoed throughout the village, she was terrified and shouted for help.  No one did anything to stop it.

In India, rape is rooted in remote villages because it has been used as punishment for so long.  Women are the property of men so when the men they belong to do something wrong, women are punished.  Rape makes unmarried women “impure,” which creates a burden for her father because she can no longer be married.

Rape causes the husband of a married woman to lose their honor and dignity.  Women and girls are left to suffer as these “traditional” forms of justice are carried out in countless villages.  They were never and still are not treated as humans and will continue to be the property of men unless change happens.

Three men have been arrested: the village leader, the attacker and the girl’s brother.  The village leader’s relatives had come to the house of the victim and asked that they withdraw the charges.  The victim’s father stated, “When this was done to my family and my daughter, nobody came forward to help us. Why should I be lenient to anybody?”

National law states that any form of punishment that is in style of “eye for an eye” is prohibited yet in many villages this practice still exists in the form of rape and killing regardless of the law.  The leaders and councils of these villages hold a significant amount of power and continue to rule their villages with traditional tactics and punishments. Many of these leaders believe that if they report anything to the police, it will take a great deal of time and money so they simply sort out issues among themselves in the village.  This case has added to the controversy about these mostly male councils and has also increased awareness of these specific councils that allow rape and other violent crimes.

With cases like this and so many others, it’s not best for people, especially women to turn a blind eye on rape in India.  It has become so prevalent in India that we believe it can never stop.  But if India keeps progressing and women’s rights activists continue to change India’s view of women and how they should be treated then it is certain we are headed in the right direction.