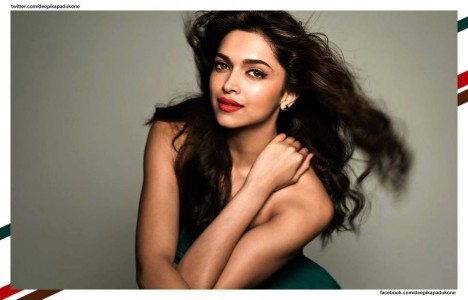 Update: On Sept. 22, the Times of India published a letter, “Dear Deepika, Our Point of View,” in rebuttal to Deepika Padukone’s letter, “My Point of View,” which was ‘retweeted’ 1,800+ times on Twitter. While TOI admits their loosely- termed headline could have been better, they argue that pictures of her, or of other celebrities, revealing body parts are free to use. The author, Priya Gupta, states that they did not take the shot of her with a hidden camera, and all-in-all, this controversy brings great publicity, considering the release of Padukone’s new film, “Happy New Year,” is around the corner. The TOI v. Padukone ‘Cleavage Show’ controversy is bigger than just this incident, it’s a matter of morals and ethics. Should the media have full rights to every image of every celebrity, whether it was taken with or without their consent? Does the media in fact go to far to objectify women? Comment below with your thoughts!

My newest girl crush, Deepika Padukone, who has dominated recent Bollywood cinema with her dynamic performances, from “Om Shanti Om” to “Finding Fanny,” has taken to Facebook to voice her opinions.

To give you a little background on the recent controversy surrounding Padukone, Times of India decided to post a video to their YouTube channel that fixated itself on her cleavage. This caused Padukone to fire back with the following tweets:

Supposedly India’s ‘LEADING’ newspaper and this is ‘NEWS’!!?? pic.twitter.com/D3wiVVXuyM

YES!I am a Woman.I have breasts AND a cleavage! You got a problem!!?? — Deepika Padukone (@deepikapadukone) September 14, 2014

Dont talk about Woman’s Empowerment when YOU don’t know how to RESPECT Women!

In response to the TOI controversy, the entire Bollywood community and fans rallied in support of Padukone with the #IStandWithDeepika hashtag. TOI quickly attempted to salvage their reputation with a tweet that was met with just as much criticism causing TOI to delete it.

Dear TOI, If it really was a Compliment, then why you deleted that tweet? #IStandWithDeepika #FindingFanny pic.twitter.com/7GIM5YsKOp — Sir Ravindra Jadeja (@SirJadeja) September 14, 2014

As the final straw, and to bring an end to all the questions surrounding the controversy, Padukone wrote this open letter regarding the way women are objectified by the media.

My Point of View…

There is only ONE sign that a woman wants to have sex and that is that she says “YES”.

The reason I write the above line is because we all know that in India we are so desperately trying to make a change in the way sections of our society think in order to move towards a happier world devoid of inequality,rape,fear and pain.

I am not naive about my own profession; it is one that requires lots of demanding things of me. A character may demand that I be clothed from head to toe or be completely naked, and it will be my choice as an actor whether or not I take either. Understand that this is a ROLE and not REAL, and it is my job to portray whatever character I choose to play convincingly.

What my concern is and I am stating it clearly so it is not misconstrued or confused with Shahrukh’s 8-pack or any other woman’s or man’s anatomy. I have spoken out against an ideology that such regressive tactics are still being employed to draw a reader’s attention at a time when we are striving for women’s equality and empowerment. In a time where women should be applauded for making headway in a male-dominated society, we blur the lines between REEL and REAL life and dilute all our efforts by making a one-year old back sliding piece of news a headline. Digging out an old article and headlining it “OMG: Deepika’s Cleavage Show!” to attract readers is using the power of influence to proliferate recessive thought.

When an actresses inner wear decides to do a “peek-a-boo,”she most definitely did not step out with the intention to do so. So instead of zooming in, circling it and pointing arrows at it, why don’t we give her some ‘respect’ and let it go instead of making it ‘headlines’!? Are we not human? Yes we marvel, envy and drool over a male actors 8pack abs in a film,but do we zoom in on the mans ‘crotch’ when he makes a public appearance and make that ‘cheap headlines’??!!

I have no issue celebrating my body and I have never shied away from anything on-screen to portray a character. In fact, my next character portrayed is a bar dancer (sorry Farah for the spoiler!), who titillates men as a means to support her livelihood. My issue is you propagating the objectification of a REAL person, and not a character being played. Sure, dissect my characters if you wish-if it is of so much interest then discuss the character’s cup size and leg length if it is relevant to making the role convincing. All I am asking for is respect as a woman off-screen.

It is not about breasts, penises, or any other body part being reported. It is a matter of context and how out-of-context the reportage is just to sell a headline. And more so during a time in dire need of an attitude shift towards women.

For me this topic ends here. Everyone is entitled to an opinion. I have little interest to take this further as it might get more attention than it deserves and might be further misconstrued and twisted to sell more undeserved headlines.

Having said that, please may we show love, dignity and respect to each other. 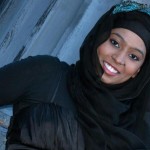