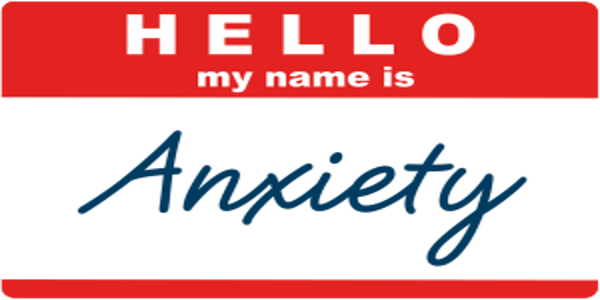 One of the things I want to do before passing away is give a TED Talk on success. I want others to know that on paper a person could appear to be successful and have “the perfect life,” but the roads you take to achieve these things are beget with obstacles. I want people to know how hard I had to work to become what I am, how I was riddled with doubts of my own intelligence. I want to convince others that intelligence is not black and white.

The uniting theme to this whole talk would be the Albert Einstein quote, “everybody is a genius. But if you judge a fish by its ability to climb a tree, it will live its whole life believing that it is stupid.”

By most accounts this quote has been misattributed to Albert Einstein. He likely never said it, and he certainly never maintained it in any of his written works, but the significance of the message remains the same. People have natural talents for different things. These talents may be small and may not be impressive in scope or applicability to succeeding in the traditional, American definition of the word, but they are so important.

I want to tell you the story of me. I grew up as an Indian-American in a small beach town on the West Coast of Florida. My father was a doctor, likely the most famous man in town. Yes, it’s that small. My mother was an engineer turned full-time housewife before I was born. My entire life my parents emphasized, as many Asian households do, the importance of education, but more significantly the importance of becoming a doctor. My whole life I wanted to become a doctor. Now, whether this desire came from my mother’s insistence or societal effects or my own epiphany at an age I cannot remember, is like asking which came first, the chicken or the egg?

The answer doesn’t really matter in the grand scheme of things, unless you are an offended microbiologist plagued by this very question sitting miserably in a lab – something for which I apologize. It did matter when I was 19, in college and studying for the MCAT and depressed. I had a vision for my success and happiness in the world, but I felt I had been sacrificing precious years of my youth jumping through hoops to get to them.

Before the critics jump in here to say how ungrateful I’m being, let me take a second to educate you now. I had sacrificed a lot. While I was lucky enough to have a lot of wealth and familial support, I was lacking in basic life experiences. I was a student who had social anxiety, generalized anxiety disorder, and deep fear that manifested into night sweats, worrying that I would never get into medical school. I had limited my life to studying, research and other school-related activities. I would turn off my phone and shun all communication with friends because I did not have time to talk to anyone. Try as hard as I might to be optimistic and cheerful, I was completely miserable.

Physics was kicking my ass, and I had so many extracurricular activities that I was being stretched too thin. I was so sleep-deprived and skinny that even acquaintances would come up to me to ask if anything was wrong.

All I wanted to do was become a primary care physician and afford others access to basic healthcare, specifically Native American Alaska Natives on reservations. I had a goal for how to spend the rest of my life, and I was failing to meet the very first requirement for it. It was very demoralizing.

For one, I had a very basic expectation required of me to please my parents who had given me everything – and I couldn’t even do this much in return. Two, my parents’ approval was literally everything to me. As I’ve gotten older, I have become less extreme about this last statement, thankfully. Three, my parents were pretty much geniuses. My dad climbed his way out of poverty in one of the most highly-competitive environments of the world in India. Without much access to resources like tutors or books, he was able to become a doctor in a place where doing so meant you were part of the one percent. My mother came to America in high school and got a near perfect SAT score without even knowing what the SAT was and why she was taking it. She was a pageant winner, who became an engineer at UCLA and lived happily ever after with her adoring husband and lavish lifestyle. Even she admits she still regrets not going into medicine to this day.

It wasn’t surprising that I had a breakdown during my second year of college, in front of my parents. Under the watchful eye of my father and very supportive intervention of both of my parents, I began treating my severe anxiety. I began taking Xanax and relaxing my perspective on life, telling myself that if I didn’t succeed, there was always another route to get to the desired goal.

Through this experience, I was surprised to learn that 40 million American adults suffer from an anxiety disorder. According to the Anxiety Disorders Association of America, 75 percent of them experience their first episode of anxiety by the time they are 22.

A digression before I proceed, a disclaimer, really – I love and adore my parents. They are wonderful people without whom I would be a sad shell of a person. They are my sources of inspiration and have always told me to give it my all. Other circumstances combined with some perfectionist pressure that I put on myself compounded to lead to my breakdown.

I have found that many Indian-Americans face a unique pressure to succeed, in medicine particularly. They are pressured by paradigms, caricatures really, of what it means to be Asian. I have repeatedly been faced with instances in which my friends of other races laughed about my problems and negative self-perceptions. They insisted that I was being paranoid or too concerned with grades even though the academic system enforces it.

Today I am a happier, healthier person. I recently finished intensively studying for the MCATs and took the exam. Along this journey of preparing for the test, I reflected on my limited life experiences. Despite what my science classes have taught me, I think there is just one universal human truth. We are all pursuing happiness. Even though I’m not that close to my perception of happiness, I know now what I should have known as a grief-stricken college sophomore. Success happens and failures happen. How we adapt and how hard we work ultimately define us. I might not make a huge impact on the world. I probably can’t find a cure for Ebola or come up with a viable solution to the Israel-Palestine conflict, but I can be happy, and I can help others find the same thing.

Sunny Sharma is a premedical student at the University of Florida studying biology, English and health disparities in society. When she is not splitting her time between her latest TV show addiction and studying, she enjoys traveling, dreaming and listening to other people’s stories.