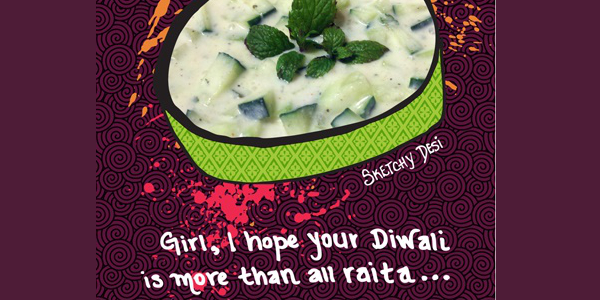 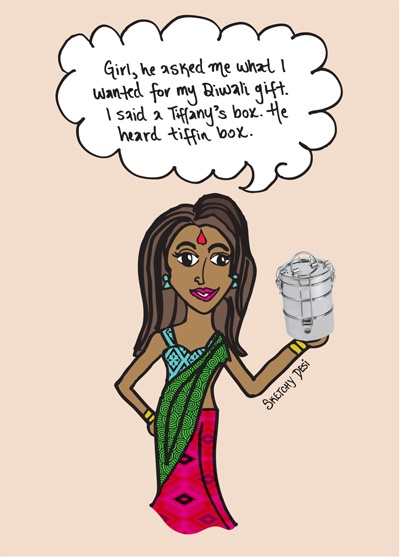 That time of year is coming up in the USA; holiday season yes, but also, the season of ideals and commerce, of lamentations that consumerism is now the opium of the masses with commercialization at its helm.

People will strike their boycotts on Black Friday and reprise their Christmases of yester year where the gathering around the tree came second to church gatherings. There’s a growing number of Americans who are taking back their holidays and unfurling them from the sale culture hysteria that continues to permeate both secular and religious holidays.

Festivus for the rest of us? OK, that provides some gateway into the consumer resistance, sure, but for a lot of brown people, we can’t take back something because, well, no one really tried to take it away to begin with!

Today is Diwali and for the most part it has remained unscathed from commercialization here in the USA (though I understand from cousins back home in India that that’s not the case there). Should we be happy that our culture isn’t mainstream enough to be subjected to all the trappings of hoopla surrounding other holidays?

I’ll be honest with you, in a perverse way, I once felt our presence was being discrediting, that we were repudiated as a bonafide diaspora because there wasn’t “stuff” available to us to celebrate our traditions.

Here’s the deal: The USA has about 300 million people living in it, with Indians hovering around 3 million of those 300 and apparently 51% of that 3 million call themselves Hindus. Now check it: that very same group is one of the fastest growing ethnic groups in the USA and has the highest household earnings amongst all the ethnic groups found in this great big melting pot so… what gives? Don’t people think we have the spending power? I was left scratching my head wondering hellloooo, anyone out there, anyone care? Is this like the time a tree fell in a forest, and no one was around to hear it, so no one knows if it made any sound? 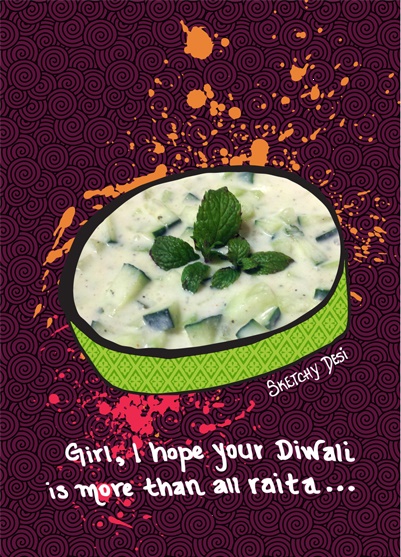 I asked this out loud and was immediately asked when I had become a sell out, when I defined the presence of an ethnic group by their ability to capture a share of the commercial market.

I hate it when I sound like a douche. Was I really using White America’s ability to exploit us as a way of gauging our relevance in this country? And what marks exploitation? Is it simply who’s doing it?

Quite frankly, I’m still wrapping my head around it because I’m accustomed to wearing my brownness on my sleeve, disappointed though not surprised, when I don’t see this brownness mirrored in popular culture. 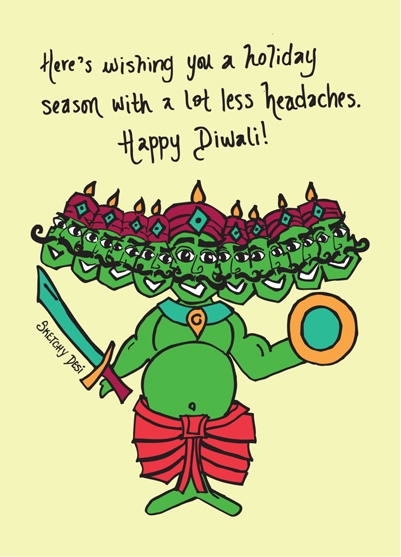 I recently launched a greeting card and soon to be apparel line that celebrates brown culture by way of humor (think Auntyjis, Bollywood, and so-bad-they’re-good desi food puns). Though the line is light-hearted, as the artist behind it, I would be remiss if I didn’t confess to you the heaviness of wondering where to draw a line between celebration and commercialization; of making content available to a diaspora group without exploiting that shared experience. Essentially I’ve been asking how Sketchy Desi can be more celebratory and not Hallmark-ify brown culture.

I offered a line of Diwali cards at Sketchy Desi’s premiere, very carefully noting reactions and feedback. Does it make a difference if I, a brown woman, offer brown-inspired cards as opposed to Hallmark/White America? How do YOU define that line between celebration and commercialization and does this debate frame your own respective celebration of say, Diwali, Eid, Vaisakhi, or what have you?

I’m looking forward to hearing from you and having your help in edifying this quandary of mine. Please email me at soni@sketchydesi.com if you’d like to share those insights.

Thanks and for those of you celebrating, I’m wishing you a Happy Diwali!