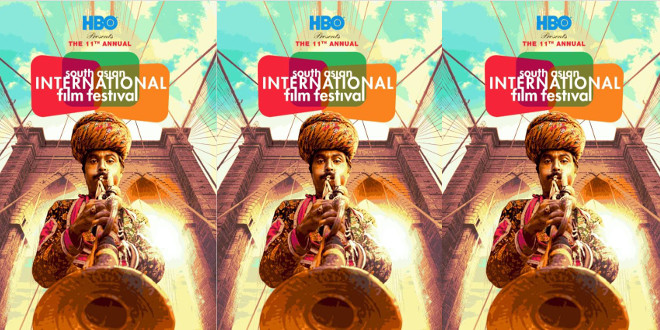 It’s that time of the year again! Yes, you guessed right – the South Asian International Film Festival kicks off its 11th year on Tues., Nov. 18 in New York City! With a captivating line-up of indie films and Bollywood blockbusters, the week-long series of screenings and after parties, presented by HBO, are stirring up quite a buzz in New York City and beyond. To celebrate, we’ve partnered up with #SAIFF to give you and your friend two tickets to a screening of your choice on Nov. 19 or 21!

Enter below by following SAIFF’s social media pages, and you may be this week’s lucky winner!

(Those living in the Greater New York City area are encouraged to enter. Please enter knowing you can attend the festival on the evening Nov. 19 or 21).

Read more about the line-up of films and an exclusive interview with SAIFF’s executive director Joya Dass.

The South Asian International Film Festival (SAIFF) is the largest film premiere destination for South Asian/Indian filmmakers in the United States. SAIFF was founded in New York City due to the lack of support for many emerging filmmakers and the overall underrepresentation of Indian cinema in a capital that is recognized by the world as the birthplace of independent filmmaking! The Festival is committed to exhibiting films from South Asia (i.e India, Pakistan, Sri Lanka, Bangladesh, and Nepal) and within the Indian Diaspora. With a focus on dynamic, visionary cinema, SAIFF annually creates unprecedented exposure for filmmakers and unparallel experiences for its attendees. The 11th Annual South Asian International Film Festival will take place from November 17-23, 2014.