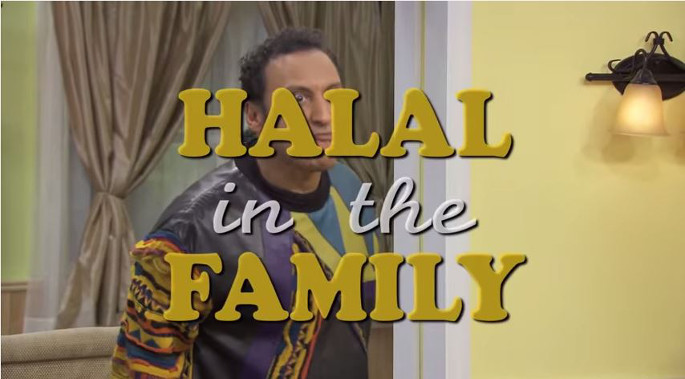 Best known as “The Daily Show’s” satirical Senior Muslim Correspondent, comedian and actor Aasif Mandvi raised more than $33,000 through an Indiegogo campaign to fund a new web series meant to poke fun and challenge the Islamophobia sentiment prevalent in much of today’s society.

“Halal in the Family” is a four-part sitcom parody in which each episode’s theme highlights a unique struggle commonly faced by American-Muslims or communities perceived to be associated with them. The issues were identified by various Muslim and civil rights organizations, according to the Indiegogo campaign page, and include: surveillance and spying in Muslim communities, online bullying and hate networks, media bias and the use of anti-Muslim prejudice for political gain.

Senior Producer Miles Khan, also from “The Daily Show,” doubles as the co-writer and director for Mandvi’s new sitcom, in which Mandvi hopes to use comedy to humanize American-Muslims with an accurate portrayal that is funnier than any show made in this genre.

Did you know that only 27 percent of Americans have positive views of Muslims?” says Mandvi on the “Halal in the Family” campaign page, citing a 2014 survey by the Arab American Institute. “We’re barely more popular than Congress! Too often the media and politicians only make things worse, feeding increased prejudice, discriminatory policies and hate-filled rhetoric targeting American Muslims.”

The recent flare up of attacks on Muslims in the media made me feel the urgency to create a web-series that provides a more accurate portrayal of American-Muslims. We need your support to reach people who have little to no exposure to Muslims. Remember all the times you thought, ‘If only people could SEE this, things might be a little different.’ This is a chance to do more than think it,” he added.

The campaign ended on Feb. 9 and surpassed its initial goal of $20,000 by raising $33,756 from 435 funders. Mandvi has since posted an update asking supporters to help raise an additional $10,000 to cover promotional expenses for the show.

I am incredibly grateful for the support ‘Halal in the Family’ has received from people across the country and around the world,” Mandvi wrote in the update note. “Thank you for helping us reach our initial goal in just a few days! It is critical that we reach beyond our community of allies to those Americans who only know Muslims from what they see on the news. We need your continued help to make sure the series reaches as wide an audience as possible!”

Along with shout-outs on their Facebook page and first dibs to watch the show when it goes live, certain funders are eligible to receive a signed copy of Mandvi’s book, “No Land’s Man,” a signed “Halal in the Family” postcard and other perks. A cool $5,000 will even buy you a VIP dinner with Mandvi and his creative team, Associate Producer title in the show’s credits, an invite to the show’s New York City launch party, and a personal Facebook and Twitter shout-out from Mandvi, himself.

For more information on the “Halal in the Family” Indiegogo campaign or to donate, visit the official campaign page.