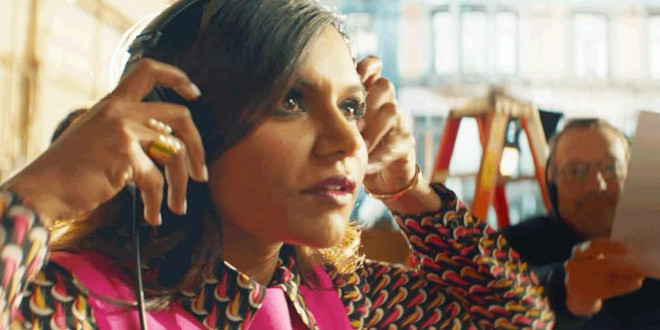 Okay, we admit we’ve covered more Mindy Kaling in the past couple of weeks than we ever have. Well, can you blame us that the ever-so-talented Kaling keeps emerging in new commercials, that too during prime time TV shows. We were just getting over Kaling’s Superbowl “Invisible” Nationwide commercial, not to mention the big bomb she dropped during “The Mindy Project” a couple of weeks back, and now, this!

Thanks to American Express Co.’s 30-second heartfelt ad during the Oscars, we see Kaling in her truest form: Confident, radiant and multi-talented. Kaling’s ad is one of four portraying noteworthy people, including singer and musician Aretha Franklin, who have triumphed against all odds and not to mention, are also loyal American Express members.

Umm…let’s back up here, Kaling is considered “noteworthy” in the same star-studded group as Franklin?!! Is it safe to say that’s a huge win for South Asians? YES!

And before you start watching, here’s the best line:

When I got to Hollywood, I was told they don’t put girls that look like me on TV. I guess they can’t say that anymore.” – Mindy Kaling