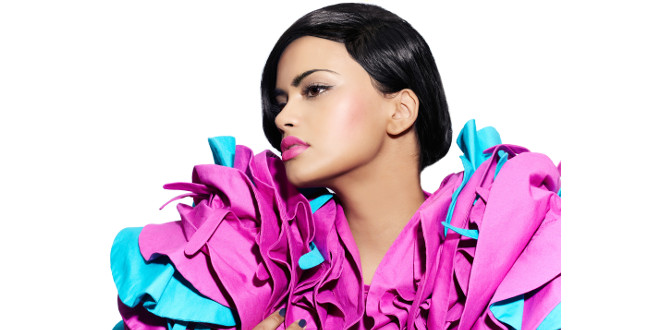 This post is a response to the article “5 Reasons Why You Should Not Date Indian Girls.”

So you start off by saying…

If you live in the west, dating an Indian girl is one of the worst decisions you can make. Indians combine the worst of their native culture and the worst of American culture in one disgusting, rancid stew.”

And then you go on to make a ridiculous list stating reasons for why we are unattractive prudes, who are self-loathing feminists, not to mention, also mentally ill. But, don’t worry, Forney, I won’t waste my time arguing your stupid, false statements. We know who we are and we are darn proud of it.

In chess, a game with modern rules that have been in place since 1475, the queen protects the king. Women are your mothers, wives, girlfriends, sisters and daughters…the queens and princesses of your life. Without your mother, your existence would not have even been possible. She made the conscious decision to put up with you in her womb for nine months and give birth.

All of this aside, women are also human beings. Men and women are the same species, differentiated by a variation of one chromosome. For women to expect fair treatment is not an absurd notion, contrary to the vitriol your website spews. It is truly ungrateful for you to put down women for wanting to live up to 21st century standards, despite the way we love and nurture.

It is quite ironic to see the authors of the “blog for heterosexual, masculine men” speak about the negatives of feminism, yet their written views on the “superiority” of “masculinity” show them for the psychopaths they are. From blaming the media for bringing in “feminine melodrama” to equating tacky modern architecture to feminine qualities, I really thought I was reading some failed attempt at The Onion. Seriously…must you attempt to assign a gender to every inanimate object, and so stupidly at that?!

Honestly, you all come across as pathetic boys who have major mother issues. I am not here to judge though and talking any further to your writers would just be a BIG waste of time. Unlike you, I will not stoop to your level and generalize a few bad experiences with the opposite gender to ALL men. Unfortunately, you represent an ignorant minority of males who continue to perpetuate a problematic message of misogyny. True masculinity is not a quality you will ever familiarize with. You will never be lucky enough to call yourself a real man.

Forget your list of crap because you really know nothing about us, but as a proud Indian-American woman, I am more offended at the many Indian boys supporting the hate that is spewed in these articles. The sad part is the amount of times I have supported Indian men after hearing white men castigate the mentality of all Indian men.

More so, do the Indian men who left comments at the bottom of the disgraceful post even realize how stupid it looks to say that you “were with an Indian woman once…enough said.” You write such idiotic comments knowing that Forney said India is a “country where the government has to force people to use toilets?”

Not to mention, the bloggers, who like to claim themselves as “men in America who believe men should be masculine and women should be feminine,” also openly write articles supporting Islamophobia and state India is a land of “savages.”

By all means, though, please continue to show your true colors so that more Indian women can “complain about Indian men being misogynistic…” Or wait, not really, because we truly have better things to do.

And just like my homegirl in pink and blue (at the top), we’re going to look away and continue being smart, hip and beautiful.

The proudest Brown Girl of all, Karishma 🙂

Karishma B. Desai freelances for the award-winning IndyWeek, is starting as an overseas contributor to the Bangalore Mirror and was a former intern for UNC-TV (North Carolina’s PBS Affiliate). When she’s not writing articles at Starbucks, you can find her videotaping a new adventure for YouTube or interviewing inspirational people for a documentary. She is a city girl who is working towards her dreams of becoming a TV health/science reporter.