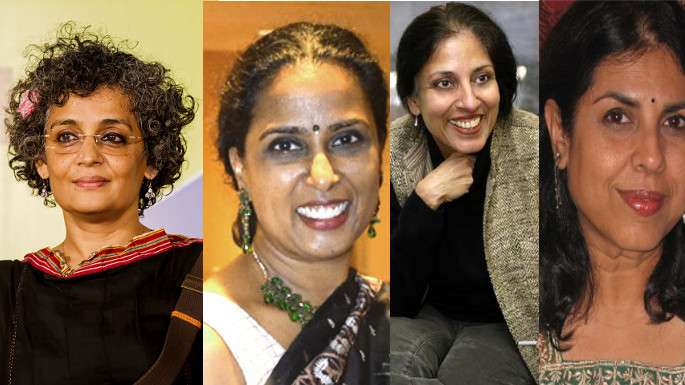 Many look up to the work and talents of the global celebrity populace, but the unsung heroes of our communities are the activists, writers and thought leaders, who do not get the recognition they deserve for their efforts to cultivate a strong and open minded society. So, here is a list of four women who are changing the thought landscape and should be put on the map for their efforts in activism, writing and teaching new perspectives on historical and current social issues. 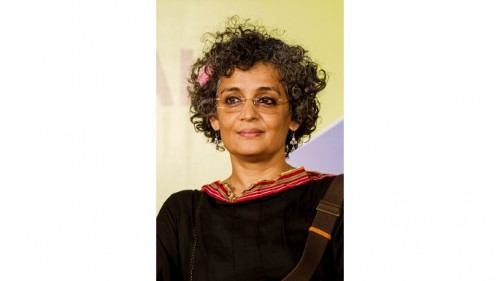 To love. To be loved. To never forget your own insignificance. To never get used to the unspeakable violence and the vulgar disparity of life around you. To seek joy in the saddest places. To pursue beauty to its lair. To never simplify what is complicated or complicate what is simple. To respect strength, never power. Above all, to watch. To try and understand. To never look away. And never, never, to forget” – Arundhati Roy, “The Cost of Living” (1999)

I first read Roy’s “God of Small Things” (2007) in a post-colonial literature class my freshman year of college. Roy’s description of one of the main characters —Rahel — is a young girl with hair that sits “on top of her head like a fountain,” in a “Love in Tokyo” hair clip.

While that meant little to nothing to my classmates, I was transported to my own childhood where my mother would also put my short, ringlet-esque hair in a high ponytail bound by a red or blue “Love in Tokyo” hairclip. I felt as if I was sharing a private moment lost in my own memories with Rahel and her fountain of hair.

And from that point on as I read, early in the novel, I fell continuously deeper into the imagery and descriptive metaphors, code-switching from a different time and place that was still so relatable at its bare bones.

Although “God of Small Things” is Roy’s only work of fiction, her nonfiction writing is just as enticing. She has been a prolific writer for social causes including the war on terror, social justice and growing civil unrest, globalization, neo-imperialism, and environmentalism.

Her most recent work is an introduction in B.R. Ambedkar’s “Annihilation of Caste” called “The Doctor and the Saint.” Roy critically examines the caste system in modern-day India by weaving together historic figures from India’s history and socio-political ideologies.

What I love most about Roy’s work, nonfiction, and fiction, is that it is deeply unapologetic.

I spend my life at the intersection of the stethoscope and the pen.” – Sayantani DasGupta

DasGupta is a pediatrician and faculty member in the Master of Science in narrative medicine program at Columbia University.

My first introduction to DasGupta’s work was while writing my undergraduate thesis in anthropology. I was having a hard time focusing on how I would make meaning and sense of the copious field notes I had gathered during fieldwork in Mumbai. Reading DasGupta’s co-edited work of women’s illness stories, “Stories of Illness and Healing: Women Write Their Bodies,” helped me construct a meaning from the powerful narrative I witnessed, and I have kept up with her blog ever since.

Reading DasGupta’s blog makes me either perpetually snap in agreement or challenge myself to dig deeper in understanding the role of narratives in medicine.

In 2014, DasGupta co-wrote “Globalization and Transnational Surrogacy in India: Outsourcing Life,” which examines the complexities of commercial surrogacy in India through rich ethnographies and an analysis of each story. Many of the stories focus on the intersection of violence against women, the commodification of female body, power and class struggle, and agency.

If you want to better understand the complexities of gender, race, and language in medicine and medical education, DasGupta’s work is a must-read. 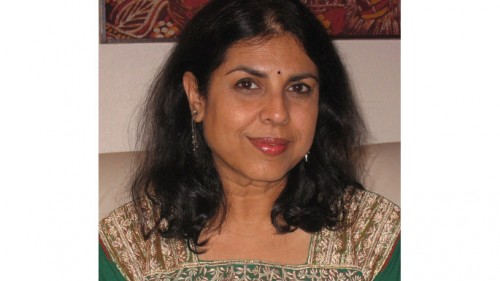 Your childhood hunger is the one that never leaves you.” – Chitra Banerjee Divakaruni”The Palace of Illusions” (2008)

Divakaruni is a best-selling Indian-American author, activist, and poet, who teaches in the Creative Writing Program at the University of Houston.

I first started reading Divakaruni’s work when I was in middle school, which looking back was probably not the best choice. I know I missed a lot of nuance in her novels, but that just allowed me to re-read and savor them again.

Her novels, often depicting the stories of South Asian immigrants and specifically women, drew me to read books like “Sister of My Heart” and “The Vine of Desire.” Her stories were also the first time I saw true-to-life romantic relationships depicted between two Indian people that juxtaposed the ornate, unrealistic, and often problematic depictions in Bollywood.

My favorite Divakaruni novel is “The Palace of Illusions,” which re-tells a part of the “Mahabharata” through the eyes of a woman, Draupadi.

Growing up, my bedtime stories consisted of tales from the “Mahabharata” about the gods and goddesses, powerful dynasties, and the morals and wisdom of sages. Those stories were magical to me as a child. Reading “The Palace of Illusions” made me rethink and reanalyze those stories that were ingrained into my cultural upbringing.

In doing so, I saw myself coming to terms with parts of my ideologies that have grown and changed. I also appreciated that Divakaruni’s depiction of Draupadi is as a female protagonist, who is not the epitome of chastity and faith as depicted in the “Mahabharata,” but a flawed human being with complexities, doubts and wants, that are more relatable.

I find myself able to read Divakaruni’s work over and over, finding new meaning and nuance in it every time. 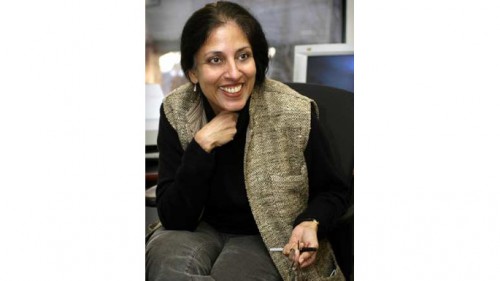 Student groups in the U.S. are free to invite whom they want [in response to Modi’s appearance at Wharton], but that does not mean no one can protest their decisions… When the questioning comes not from the administration but from faculty and students, as it did in the Wharton case, it is not anti-democratic but the essence of democracy.” – Ania Loomba

I first learned about Loomba in 2013 when she was interviewed for a New York Times India article on her protest of the then recently elected Indian prime minister, Narendra Modi’s, appearance at the University of Pennsylvania.

Loomba helped organize the opposition to Modi’s appearance at the India Economic Forum at Wharton. In an email to the New York Times, Loomba characterized Modi as a controversial figure who had not “redressed” his government’s “actions and inactions” during the 2002 Gujarat riots.

Looking further into Loomba’s work, I saw that she is a professor of English at the University of Pennslyvania, and came across a collection of essays she co-edited with Ritty Lukose called “South Asian Feminisms: Contemporary Interventions.”

The essays, written by social workers, activists, organizers and scholars, provide a balance between traditional academic thought and practice. What struck me about this specific work was how it did not attempt to lump stories from India, Sri Lanka, Pakistan or Bangladesh into a “one-size fits all” feminist engagement or theory.

While reading “South Asian Feminisms,” I could not help but to think, “This is what I imagine solidarity and cooperation look and feel like.”

Vaidehi Mujumdar is an aspiring physician, writer, and researcher based in Washington D.C. She’s a contributing writer for India.com’s U.S. edition. Her work has been published on The Guardian, The Feminist Wire, Media Diversified, and others. See more of Vaidehi’s work on her website.