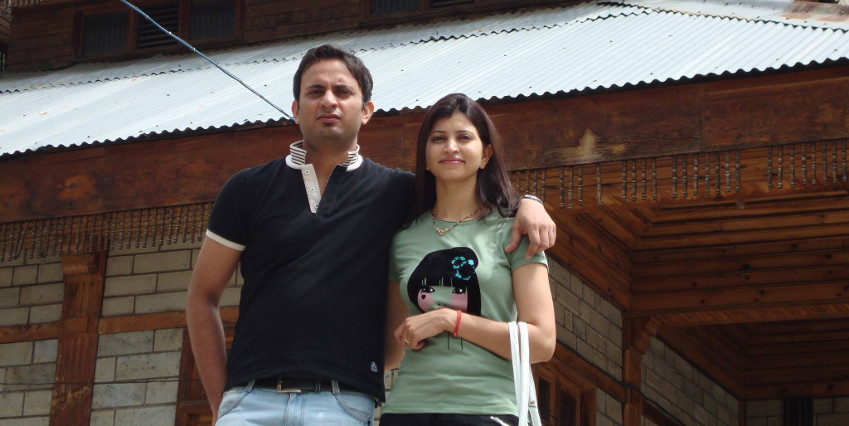 Another Indian has fallen victim to the country’s outdated and intolerant views on homosexuality. Due to which, Dr. Priya Vedi, an anesthesiologist at the All India Institute of Medical Sciences (AIIMS) in New Delhi, committed suicide on April 19.

The reason? Her suicide note accused her husband of putting her through “immense mental torture” after she discovered he was gay.

India’s Supreme Court reinstated Section 377, a law criminalizing homosexual activity, which made international news in 2013 and led to increased attention on the country’s deeply ingrained and stigmatized homophobia.

The 31-year-old left a suicide note in the same hotel room she took her life and a similar one was posted on her Facebook wall, now shared more than 35,000 times. Her letter described social pressure to stay in her marriage even after discovering her husband’s sexual orientation.

“In spite of knowing this [that he was gay] I decided to help him. But he tortured me a lot mentally… You are not a human being you are a devil, who take away my life from me.”

“I loved you a lot, and in return you took all my happiness from me. You are not a human being; you are a devil who took away my life from me. I never wanted anything from you but due to your abnormal sexuality you thought I needed sex from you but that’s wrong. I just wanted to be with you and accept you because I loved you very much, but you never knew the importance of this. You are a criminal.”

Priya’s husband has since been arrested and may be charged with contributing to his wife’s suicide upon proof of his abuse. But his family and friends are already defending his actions and doubting his late wife’s stories.

Early reports allege that family on both sides were aware of Dr. Kamal Vedi’s sexual orientation and the couple’s resulting problems. However, Kamal’s father is quoted as saying:  “These things are more common today, so we do not know why our daughter-in-law was so disturbed.”

According to reports, coworkers have said they never noticed any signs of depression in Priya, implicitly doubting allegations in her suicide note.

“She never let out her state of mind and it did not show either, as that normally happens when you spend a lot of time with an emotionally disturbed person.”

Even Indian media outlets have doubted Priya’s story as evidenced by the word “gay” and “homosexual” written in quotes in headlines.

There are many victims in this story: Priya, her husband for being forced to marry a woman, his family for pressuring the couple to stay together and India’s rigid society for normalizing this behavior.

Though Kamal should be punished for his abusive behavior, he likely did not feel he could live openly as a gay man. Family members said he “promised he would not indulge in any homosexual activities” after his wife discovered secret emails he was sending to men.

And just like Kamal, there are countless young men in India (and the world) who remain closeted and develop severe emotional problems and unhealthy coping mechanisms as a result. Even after his wife’s suicide, it is doubtful he and his family will accept his sexual orientation.

Priya’s death should be a wakeup call to India’s citizens to open their hearts and minds towards love regardless of sexual preference and for lawmakers to realize that Section 377’s discriminatory attitudes are destroying families and individual lives.