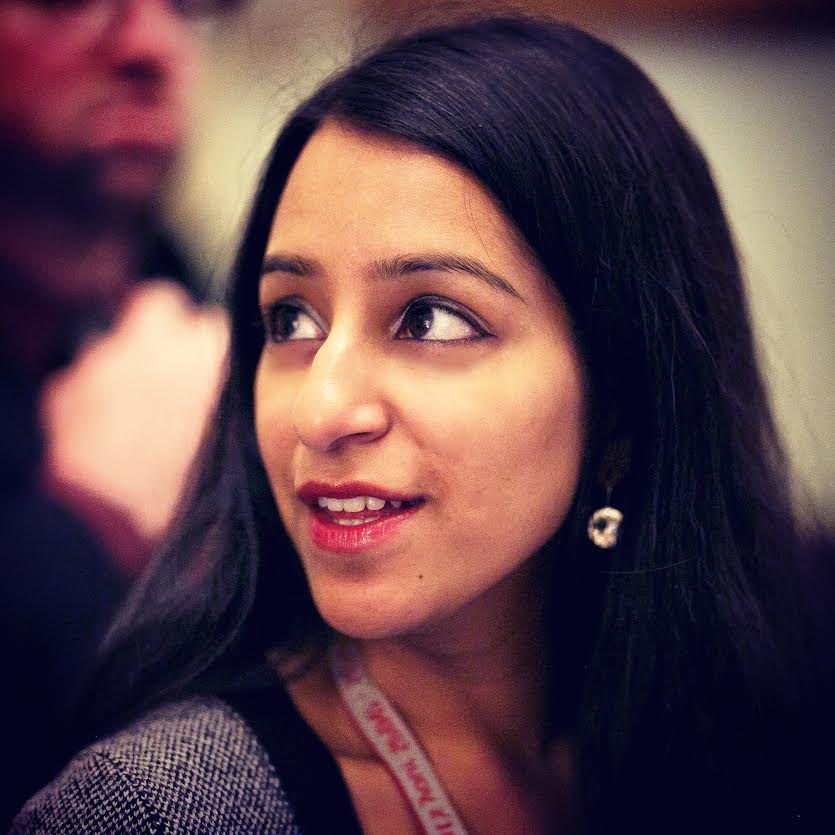 Meet our Brown Girl of the Month of April 2015!

Sabrina Siddiqui, one of the newest political reporters at The Guardian, is adept at covering politics and will be one of the journalists writing about the 2016 Presidential election. Previously, she  was a politics reporter at The Huffington Post covering Capitol Hill. She joined HuffPost in 2012 to cover Mitt Romney’s presidential campaign and previously worked as a stringer for two years with the White House Team at Bloomberg News. Siddiqui has appeared on MSNBC, ABC Fusion, Al Jazeera English, Al Jazeera America, CNN-IBN, the BBC, Sky News and C-SPAN. She is a contributing host of The Bill Press Show and was named one of the Top 50 Coolest Desis of 2013 by Desiclub.com. Siddiqui also helped re-launch Divanee.com and served as its editor-in-chief from September 2010 to May 2012.

“I was about 13 years old when I decided I wanted to be a journalist. Like most kids, I had been asked the age-old question, ‘What do you want to be when you grow up,’ countless times. But at 13 was perhaps the first moment in my life when I came up with a serious answer and one that wasn’t just a phase.

As a child, I had always taken a liking to writing and would spend a lot of my free time penning short stories about imaginary worlds or borrowing from experiences at home. My interest in journalistic writing happened almost by accident when I, for whatever reason, decided to write a movie review and circulated it among my family and friends. My cousin, who was a journalist in London at the time,  encouraged me to do more. So I did.

Thus began some freelancing in high school for DesiClub.com, an online news outlet for South Asians back then. I also managed my school’s newspaper and eventually applied to Northwestern University’s Medill School of Journalism.

I was fortunate that, throughout this process, my parents supported my desire to go off the beaten path. As is often the case, most of my friends of South Asian descent were being encouraged by their parents to study medicine, engineering or, at the very least, economics. I watched as some of them struggled with those degrees, knowing their heart wasn’t in it but fearing a conversation with their parents.

I invoke that reality deliberately because as I look around at my peers in journalism, the representation of South Asians is significantly lacking. It’s a nice feeling when members of the broader community tell me how great it is to see someone of South Asian descent talking U.S. politics on television. At the same time, it is unfortunate that the sight of someone with my skin tone on a news program is so rare that it merits excitement.

As far as a career goes, I couldn’t have asked for a better journey thus far. In many ways, one of the things that drove me is the hope that more young individuals of South Asian descent, especially girls, might be inspired to take up journalism.

I was just 24 years old when I joined the White House team at Bloomberg News as a stringer, a part-time role in which I would follow President Barack Obama with a so-called “press pool” of reporters on weekends and occasional weeknights. I then joined The Huffington Post to cover the 2012 presidential election and traveled with Mitt Romney’s campaign as a reporter. Since then, I spend my time on Capitol Hill trying to keep up with, and make sense of, the chaos.

Not too long ago, I had the fortune of speaking to a classroom of Muslim girls in Virginia between the ages of 10 and 13 during their Career Week. They seemed a little bored at first when I talked about journalism as a field. But when I recounted some of the opportunities I’ve been fortunate enough to have, their eyes suddenly sparkled and many of them went on to ask me if they could also ‘see the president in real life’ if they became a journalist. I told them they could do that and a lot more.”