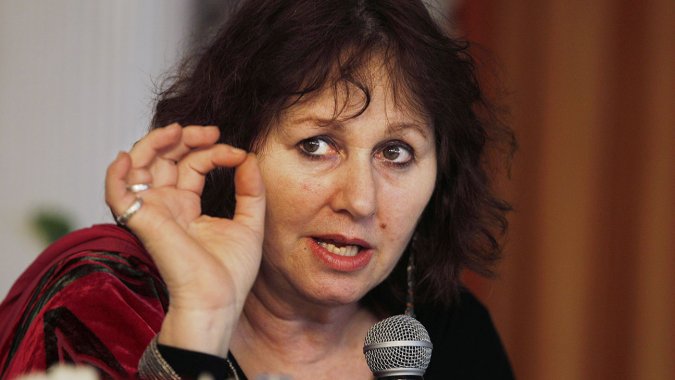 The Nirbhaya Gang Rape of Delhi 2012 is so well known in the world, but to people who are familiar with Sanskrit, “Nirbhaya” is more than a bunch of syllables that are difficult to pronounce. “Nirbhaya” means “the fearless one,” and is the title given to 23-year-old Jyoti Singh, the woman who did not survive.

The Nirbhaya Gang Rape was an incident that occurred in South Delhi after Singh, a medical student, boarded a private bus to return home after a night viewing of the film, “Life of Pi.” She was then assaulted with an iron rod and gang-raped, and then thrown off of the bus. She received emergency treatment, including several surgeries, in both India and Singapore. She did not survive. The woman died on the 29th of Dec., 2012. Four of the six men were sentenced to death; one, being a juvenile, was given three years imprisonment, and the last was found dead in his prison cell.

On March 4th, 2015, a documentary entitled “India’s Daughter” was released as a part of BBC’s ongoing Storyville series. The documentary was about the Delhi Gang Rape of Dec. 16th 2012 and has been met with both great opposition from the Indian government and raving support from overseas.

Venkaiah Naidu, the Minister of Parliamentary Affairs, said, “We can ban the documentary in India but there is a conspiracy to defame India and the documentary can be telecast outside. We will also be examining what should be done.”

However, several people, including the parents of the victim, condemned the ban.

Rajya Sabha member Javed Akhtar said, “It’s good that this documentary has been made. Crores of men in India have now come to know that they think like a rapist. If it is sounding dirty, they have to think.” (A crore equals ten million.)

One of the rapists serving life imprisonment, Mukesh Singh, was interviewed for the documentary and is quoted saying things like, “When being raped, she shouldn’t fight back. She should just be silent and allow the rape. Then they’d have dropped her off after ‘doing her’, and only hit the boy.”

He later added, “A girl is far more responsible for rape than a boy…A decent girl won’t roam around at nine o’clock at night…Housework and housekeeping is for girls, not roaming in discos and bars at night doing wrong things, wearing wrong clothes.”

AP Singh, the defense lawyer of the rapist, was shown on tape saying, “If my daughter or sister engaged in premarital activities and disgraced herself and allowed herself to lose face and character by doing such things, I would most certainly take this sort of sister or daughter to my farmhouse, and in front of my entire family, I would put petrol on her and set her alight.”

Despite the horrific views of the rapist and his lawyer, they were claimed to be important for this documentary in order to make a well-rounded view of the subject. I definitely don’t support its ban and am glad it sparked conversation in India about rape culture and the patriarchy. But the problem with this is that a white woman from the UK decided to speak over millions of Indian voices to portray Indian men as backward and savage. Look at the repercussions of this documentary.

On the 9th of Mar., according to Al Jazeera, the Institute of Biochemistry at Leipzig University in Germany rejected an Indian student’s application. Annette G. Beck-Sickinger was quoted saying in an email, “Unfortunately I don’t accept any Indian male students for internships. We hear a lot about the rape problem in India… I have many female students in my group, so I think this attitude is something I cannot support.”

While it is true she later apologized and claimed that the real reason she had not accepted the boy into the internship was because she had too many students already, the racism in those three sentences is overpowering. According to a comment on the Al Jazeera post, which I couldn’t possibly rephrase, “Just like Muslims should not be blamed generally as a whole for disgusting acts of few, similarly Indians as a whole should not be considered rapists.”

The statistic that’s been recorded by UN’s Office of Drugs and Crime is that one woman is raped every 20 minutes in India. Shocking, yes. But why did the British director, producer, and author of the documentary, Leslee Udwin, choose to ignore the statistic from the same source which says there is one woman raped every six minutes in her own country, a country with a significantly smaller population than India? Udwin is receiving more attention in the global community than Indian women, like Kirron Kher, Jaya Bachchan, and Parineeti Chopra, who have been incredibly supportive of Jyoti Singh and condemned the government which was not supportive of her.

Kirron Kher herself has been recorded saying, “We have to tackle this problem right from the grassroots where the mindset becomes such that you insult women. You do not understand that the right to their bodies, to give consent, is theirs. It cannot be allocated to somebody else.”

Udwin portrays all Indian men as savages by dehumanizing them in the context of sexual violence. She gives too much airtime to Indian rapists and men who don’t believe women have a place in society. She allows one man to speak for the entire culture. To people who don’t know anything else about India, it seems like misogyny and rape are the only things going on there. And because of this, stereotypes such as the one the German professor held begin to perpetuate. To many Indians, it seems as if Udwin is making money from interviewing a rapist and his lawyers who believe women have no place in society. I expect documentaries to be neutral and state things from various angles. This, on the other hand, reeks of sensationalism.

The very title, “India’s Daughters,” reinforces patriarchal views. One of the most important things about the women who protested the rape of Jyoti Singh back in 2012 was that they rejected the pervasive male protectionism that permeated Indian culture. Instead of calling her a woman, Udwin calls her a “daughter.” By doing this, she is taking away Jyoti Singh’s individual identity of being a woman and the rights that go along with it. The word “daughter” conjures up an image of a girl who is a dependent. Calling Indian women “India’s daughters” is something India’s male leaders have always done, so why does a global campaign against gender violence do the same?

People who think the documentary is doing no harm to Indian society are definitely wrong. Again, I don’t think the documentary should have been banned in India, but I also think it is creating a negative mindset towards India in a lot of western circles. Yes, misogyny is deeply rooted in Indian culture, this much is true. But a white European woman coming into a formerly colonized country, regardless of the amount of respect she holds for it, cannot capture its culture in the same way that a person who actually lives in it can. She should have instead chosen to amplify the voices of the women who have survived sexual violence than the men who have perpetuated it. What purpose does it serve giving the rapists and the lawyers a voice when so many women are still denied one?

Then there is the fact that Udwin spent so much of the film talking about the gory details of what was done to Jyoti Singh. Why did she do that? It comes off as extremely insensitive and exploitative–remember, she’s making money off of the documentary–of a raped, tortured, and murdered woman purely for shock factor. By interviewing the rapist for most of the film, Udwin, a rape survivor herself, is breaking the cardinal rule: don’t blame the victim.

Let me explain. She is giving an extensive platform to the rapist who continually blames Singh for — well, for merely existing (“she should have been silent and just allow the rape”).

Millions of Indian voices have spoken out against the Nirbhaya gang rape. There have been rallies and protests. It has sparked international movements within the Indian community such as One Billion Rising aimed at empowering women, specifically rape survivors. And all of these have been ignored by the mainstream media. If the documentarian had given equal airtime to Jyoti Singh as Udwin did to her murderers, I would think, okay, maybe she’s trying to incite some change. Despite being created by a woman, the film silences the entire population of women in India. Despite being a woman, she succumbed to the lures of capitalism and wealth instead of choosing to help other women.

Udwin had a great opportunity to educate and empower women. Unfortunately, she seems to have taken the easy way out. Instead of using her privilege effectively, she has chosen to focus on sensationalism and uses interviews just for shock factor. Udwin gave the rapist and his lawyers so much airtime, but only spent about ten minutes on the actual protests and mobilization by women in India. There had been much effort by the local Indians following the rape desperately seeking justice which has been completely erased in the documentary. Why is this? Is it because the image she is trying to set up of India is as a place that desperately needs a white savior’s help? Whether she is or not, it is unfortunate, because all we can say is that it was an opportunity lost. Her approach should have been from a human perspective rather than a commercial perspective–that is how you incite change in the world in which we live.

Shanthi Guruswamy is a 20-year-old pre-med student living in the sunny beach city of Santa Barbara, Calif. She’s a member of UCSB’s only South Asian a capella team, Ravaani and sings all the time, literally. She loves dogs and rabbits and anything fluffy quite liberally.