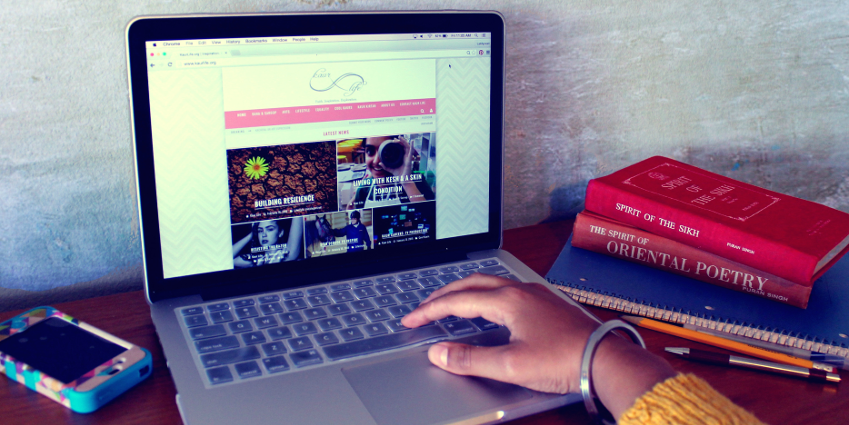 Oftentimes, the greatest creations are unintended, and such is the case for Lakhpreet Kaur, who as a young woman in her 20s, started an advice blog for her younger sister. She never imagined it would morph into a non-profit, online magazine serving Sikh women across the globe.

With such a diverse Sikh population dispersed all around the world, it has been hard for women to connect and build within the community. Lakhpreet recognized this challenge, and last year, in July of 2014, she transformed her sisterly advice blog into a new platform—KaurLife.org—which has empowered, connected, and given voice to thousands of Sikh women.

“Kaur Life is a space where Kaurs [Sikh women] can share their stories and learn from each other,” Lakhpreet said. “It’s a place where women can take up space and raise their voices.”

In the Sikh tradition, women maintain the name Kaur as a way of establishing equality and asserting sovereignty. Kaur derives from the traditional last name for royalty—Kanwar—and is often translated as “princess” or lion.”

According to Lakhpreet, she feels that Sikh women’s stories, voices and experiences, are often left out of historical and contemporary narratives.

She observes that when women are mentioned they are often identified by their relation to men: as wives, daughters, sisters, or mothers to a male.

She added: “Sikh has become conflated with ‘Singh’ [Sikh man] and ‘Kaur’ is presented as a subordinate role if at all. Our present situation is an off-kilter and self-perpetuating cycle that positions Sikh women as ‘the other.’”

Lakhpreet felt that in order to overcome these issues and to take back the rights granted to women by the Gurus, she would have to start a community-run resource to help Sikh women find their voice, express themselves, and form their identity.

In building this platform, she has also started to build a team of supporters who share similar perspectives and visions.

One of these young women is Harleen Kaur, a Kaur Life associate from the University of Michigan. 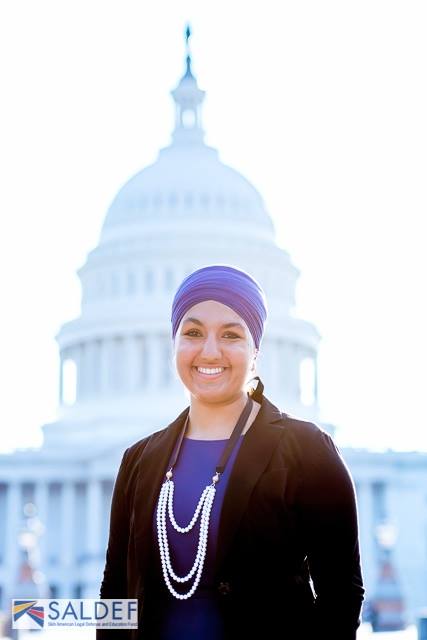 “I hope to see ownership over our community, our futures, and our voices,” Harleen said. “I hope Kaur Life will be a space for women of all walks of life to talk about their love for Sikhi, and allow it to take equal footing with all other narratives.”

Kaur Life attempts to fulfill this by providing a platform, resources, and a support network for Sikh women. This outlet hopes to provide a space where Kaurs can express their ideas, share stories, and learn more about their Sikh culture to empower themselves.

“Kaur Life cannot survive without submissions,” Lakhpreet said.  “It is entirely user-run. Currently, there are 85 different men and women who have contributed and I hope this number will keep growing. My hope is for the Sikh community to feel like Kaur Life is theirs, and I want them to feel like they own it.”

While Lakhpreet’s website has been growing rapidly, with more than 8,500 hits per week, her initial vision began as a small, personal blog in 2012.

“I have a sister who is 8 years younger than me. So, when I was starting college, she was about 10-years-old,” Lakhpreet said. “There were so many things I wanted to tell her about my experiences growing up as the only Sikh in middle school and high school, I wanted to share with her my thoughts on Sikhi, being a minority, sexism, racism, makeup, hair, dating, school dances, relationships, parents, friends, school, but I felt like she was too young. My solution was to start a blog. So, if and when the time came, when she wanted some advice or another perspective, she could access my ideas whenever she wanted, even while I was away at college.”

Lakhpreet not only blogged about her own thoughts on Sikhism, but interviewed other Sikh women to include their perspectives and experiences on her blog.

Over time, she realized that other people beyond her sister were visiting her blog.

“I noticed that the numbers were slowly rising and the feedback I was getting was really positive,” she said, after noticing that the high web traffic indicated to her the need for a Kaur-centric website.

“I realized there wasn’t a website that brought together many writers to write about Kaur-specific issues or feature high-achieving Kaurs,” Lakhpreet said. “I also felt sharing many diverse thoughts could help other young women who were facing similar challenges. I wanted to create a website that helps break the feeling of isolation, while celebrating victories.”

“I hope Kaur Life can serve as the guiding hand of an older sister for all those Kaurs who need a little support,” Harleen said. “I know I wish it were around when I was growing up.”

Kaur Life covers topics such as race, religion, identity, history, arts, fashion and equality. Lakhpreet is always on the search for contributors and volunteers.

“Whether it’s art, poetry, music, journal entries, articles or photography, Kaur Life wants to feature it,” she said. “I have so many ideas on what Kaur Life could undertake. It’s exciting. As long as Kaur Life and its contributors continue to have the community’s support, it can continue to serve.”

Harleen reiterated this point, adding the ambitious vision she has for the initiative.

“I want to see Kaur Life become a place where young girls can truly see that they are queens and lionesses, and build the confidence they need to rule the world.” 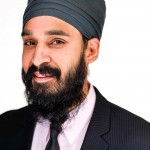 Simran Jeet Singh is the Senior Religion Fellow for the Sikh Coalition and a PhD Candidate in the Department of Religion at Columbia University. Simran currently serves as a Truman National Security Fellow and the Scott and Rachel F. McDermott Fellow for the American Institute of Indian Studies. He speaks and writes frequently on a wide range of issues relating to religion and culture on various platforms, including print, television, and radio.