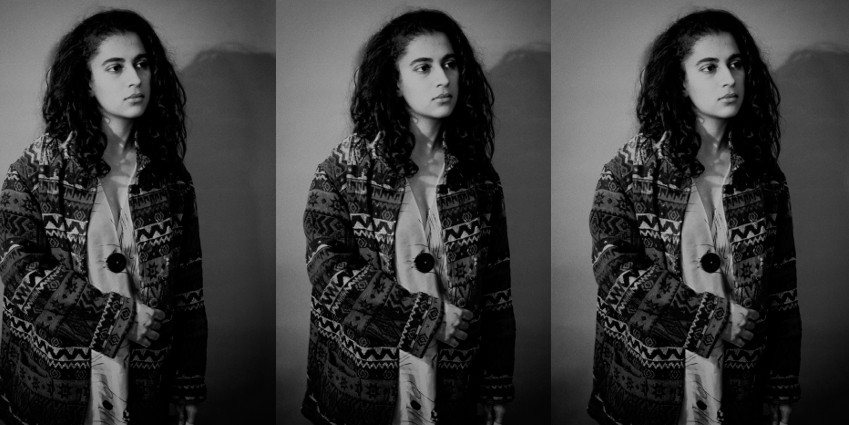 Over the weekend, self-proclaimed feminist on Twitter, Kiran Gandhi—who has played drums for singer M.I.A. and is a Harvard Business School graduate—ran the London Marathon without a tampon.

As Gandhi’s period began on the day of the marathon, she said she made the decision to avoid the discomfort of a tampon and ran whilst bleeding freely.

Gandhi wrote a blog post analysing her decision and stated:

“A marathon in itself is a centuries old symbolic act, Gandhi wrote. “Why not use it as a means to draw light to my sisters who don’t have access to tampons and, despite cramping and pain, hide it away like it doesn’t exist?”

“Why I ran a marathon on my period without a tampon” by @MadameGandhi http://t.co/b0ataYsqaV

Kajal Magazine’s Fatima Zehra argues that Gandhi’s symbolic protest and Western privilege restricted both the effectiveness and scope of her actions. Zehra creates a false opposition between Gandhi’s privilege and her relative success in bringing awareness to period shaming. Gandhi certainly did act in a privileged sphere, being an apparently well-off, cisgender woman operating in the West—but that by no means indicates that we should write off her actions as a “stunt.” We can hold more than one opinion at a time without conflict.

Gandhi’s actions, as well as Rupi Kaur’s similar protest on Instagram about the visibility of period blood, both occurred in relatively privileged spheres. However, their identity as South Asians existing in the Diaspora shouldn’t be erased. As brown women with the agency and power to control how their image is portrayed to the world, what they did certainly contributed to destigmatising periods. At the same time, we need to recognise the limitations of their protest.

There are numerous non-Western contexts where differences in culture and outlook affect approaches to periods: some are shamed out of households for menstruating; trans and non-binary people are stigmatised for having periods; many do not have access to sanitary hygiene, including tampons, pads and menstrual cups (particularly in the case of homeless people); and people are being silenced for even speaking about periods, as Zehra mentioned. Both these perspectives need to be considered in conjunction with one another—much more needs to be done to combat period-shaming around the world, and whilst Kaur and Gandhi acted in a privileged space, their actions are still powerful. Gandhi mentioned this very point:

“I knew that I was lucky to have access to tampons etc., to be part of a society that at least has a norm around periods.”

Artists Gandhi and Kaur spoke eloquently about their reasons for showing their period blood in public spaces, demonstrating intelligence and thought behind their actions. Both Zehra and Kelly Dougher of Fashion Magazine argue that the symbolism of Gandhi’s protest means “actual change” has not been achieved but this overly harsh viewpoint misunderstands symbolism as a tool for activism. Dougher calls for action behind raising awareness but Gandhi’s protest is an “actual result” on the long path to destigmatising periods. Symbolic action has to go hand-in-hand with physical action; one cannot function without the other. Further, symbolism is entrenched in detail-oriented imagery; period blood is a detail of period-shaming and Gandhi’s symbolism has elevated and encouraged the very conversation we are engaged with.

Props to @timesofindia for valuing women’s voices and recognizing the need to break a taboo. https://t.co/aIZtrls6YV

As Gandhi argued, the visibility of period blood is a stepping-stone in recognizing how we have been “effectively socialized to pretend periods don’t exist…by making it difficult to speak about, we don’t have language to express pain.”

This engages with a lack of adequate language for even communicating suffering—we need to apply that thought to our own realities when it comes to periods, and think of others that are not as privileged as we may be.

There are reasons behind why we think period blood is “gross” or that people who have periods should hide what is happening to them, and those reasons are rooted in social conditioning. We all exist in the miasma of the conditioning and social expectation that teaches us to hide our pain to benefit others, so when we feel uncomfortable at seeing such public reminders of periods, we should revel in that discomfort to confront why we think that way about something that happens to so many people.

Are we ready, as a society, to talk more maturely about menstruation? http://t.co/JM6hlYfmG9 #freebleeding pic.twitter.com/pNnqlVPI4D

Cautionary words to be mindful of non-Western opinions, of trans and non-binary people’s period experiences and of many more marginalized period-having people cannot be repeated often enough as they are so deeply needed. We also need to keep in mind that there is nothing mundane in seeing period blood in public spaces when it is usually so far buried in private spaces that we cannot even reveal it to members of our own households.

Gandhi and Kaur’s protests are important contributions, as long as we remember the limitations of their position. It’s still okay to love the fact that two brown girls at the top of their creative professions are killing it in their protests.

We look forward to speaking to Gandhi for an exclusive interview so stay tuned for more on Brown Girl Magazine.