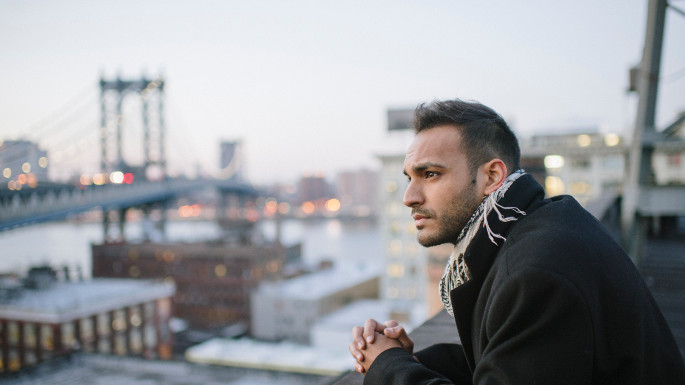 From “Nurse Jackie” to “How To Get Away With Murder,” and now Syfy’s new series “The Magicians,” Arjun Gupta is changing the face of what it means to be an Indian man on television.

He’ll tell you himself that he’s not a pioneer by any stretch of the imagination, but the actor has been talented enough to take on a few big, challenging roles on TV that don’t conform to stereotypical desi characters—and he’s done it quite brilliantly. Times are changing slowly but surely for South Asian actors, and Gupta is a catalyst in changing the direction of storytelling on and off-screen.

In most interviews, the conversation usually begins with how an actor caught the acting bug. But Gupta’s reasoning behind wanting to be a part of the stage and screen world comes from an interesting thought about performers.

“I have a thought that performers come from a place of darkness, I would say a lot of artists do,” Gupta said. “I wouldn’t say that they’re crazy or anything like that, I would just say that there’s some void they’re trying to fill.”

For Gupta, the void that he needed to fill was one of fitting in, by way of collaborating and using storytelling for a greater good.

“My family lived in India for a year and it completely changed the way I looked at the world. I saw the entirety of the world,” Gupta said.

When he came back to Tampa, Florida, his life changed immediately.

“Then, I was in a town and a school where the culture was very myopic, and very entitled, and very white,” Gupta said. “It just didn’t take into account any of the things I had learned in my year in India about service to others and just how grateful and privileged we are to be where we are. For not only just racial reasons but also cultural reasons, I felt very isolated. So, theater was the kind of space for me; theater is such a collaborative effort, plus you’re onstage and you have the applause and you’re seen—which is also something I didn’t feel.”

Gupta’s view on the arts and his place among them has grown since his childhood, as the idea of storytelling and how it can be used in service for others is now a goal for the actor.

“I believe art is a service. I was raised in a way with a family that has a lineage of doing service for others a lot,” Gupta said. “My great grandmother worked with Mother Theresa and worked at a school for the blind. My grandmother helped start a school in Kanpur with an organization called Inner Wheel Club, which my family is very involved with it. So, I think I’m trying to learn how to merge my artistry with the service element. I think that making an impact in the stories I want to tell and the stories I’m involved in is why I still do all this.”

This kind of objective requires some help—which is why Gupta has called in reinforcements by co-founding a multi-ethnic theater company in California. He hopes the venture will evolve into a production company where they “create content that changes the space, changes the face of media and changes the face of theater in L.A. at first—and then maybe go beyond that.”

Plus, there’s the actor’s current side gig: The “American Desis” podcast with comedian Akaash Singh.

The idea for their podcast was suggested by a friend who was entertained by a phone conversation between Gupta and Singh. From there, the podcast has become a fascinating look at how these two brown men view their culture and the world.

“Akaash Singh is one of my close friends—he’s a comedian out here and he’s funny as shit,” Gupta said. “He’s also really different than me. He and I look at the world in different ways. I like to say he’s very black-and-white, and I live in spaces of gray.”

“We just kind of formulated this idea for ‘American Desis’ where we wanted to explore what it meant to be South Asian in this country today. We used to talk about being Indian and our struggles with it as men, being a part of the diaspora community, and being first generation—so it felt organic,” Gupta went on to say.

He added: “We don’t have any answers, we only have a thesis, which I like for the podcast. We don’t really have an agenda, just simply a space to explore. And potentially we can create space for people to create their own pieces and start a conversation, which would be really cool. If we could start a conversation, that would be so thrilling.”

So, how does he feel about the growing South Asian community in the performing world?

“I think it’s thrilling [that] there’s so many talented South Asians getting to do great shit,” Gupta said. “It’s thrilling to watch, and every day there’s something new I don’t know about, and I’m still learning. Do I think we’re a strong community? I think we’re starting to be, and I think there have been strong pockets of the community in the past.”

But it’s not all fun, friendly times in the audition room.

“I didn’t really feel like there was a great South Asian artist community for a while when I was coming up—I felt like we were really competitive with each other. I feel like that’s changing now, maybe, but I’m not really sure,” Gupta said. “We’re a competitive culture. Growing up it was parents saying ‘What did your child get on the SAT?’ and it’s all that bullshit that I don’t think we’ve really let go of. And I think truthfully, a lot of it still exists, and I don’t think everyone is happy for each other as they front. I think there are people that are, there are pockets that are. And I think that’s definitely something that needs to change going forward.”

From where does this lack of camaraderie come? Gupta has a theory about that as well.

“I don’t think we as a community have adopted the ‘rising tide lifts all boats’ mentality—actually, I know we don’t. I think there are times that we have a desire to assimilate so much, that sometimes I wonder if we throw our own people over the boat sometimes just to get ahead,” Gupta said. “I don’t want to paint a whole community like that, but I do think that’s an issue for us. And does it extend past the artist community? Sure.”

Gupta then told a fascinating yet relatable story about his parents’ immigration to the States. When his father and mother moved here, they made one big move of assimilation: they gave themselves “American” nicknames for those who couldn’t pronounce their names.

“When my father came to the States he had told everyone that they could call him Al because it was easier than Lalit. And my mother was working at a grocery store when they first came here and she said, ‘I told them that they could call me Annie.’ My mother’s name is Anubha,” Gupta said.

“I was so angry. I told my parents ‘You’re giving them that power, why would you give them that power?’ Then my father told me this gangster story. When he came down to Florida, he experienced overt racism at his practice. So he said, ‘Let them call me Al and then I’ll buy their practice.’ It’s that idea where he worked in the system to change the system.”

While he may not totally agree with his parents’ reasoning for changing their names, he definitely appreciates his family for everything they’ve taught him, especially the strong Indian women in his life.

“I’ve been fortunate with my family. My family has strong women. I think Indian women are strong as f**k, they are strong women,” Gupta said. “What I learned and am still learning from them is grace: how to be graceful and how to lead with kindness.”

This is definitely a concept Gupta knows well—most of the projects he’s worked on involve strong women in lead roles. Gupta said that his Showtime “Nurse Jackie” co-star, Edie Falco, taught him “more than she probably knows” about being a professional and more. Gupta also worked with Anna Deveare Smith on the show and called her a mentor who told him he “couldn’t afford to be idle”—a phrase she picked up from actor Sidney Poitier.

Gupta’s professional career is about to get two big boosts as well. He will be co-starring in the pilot of the new CBS series, “Limitless,” based on the film and book of the same name. Gupta is also poised to become a more mainstream name now that SyFy has picked up his series, “The Magicians,” based on the best-selling book series, to premiere in 2016. What is great about the gig in Gupta’s eyes is the new kind of character he’s playing compared to the tired stereotypes we’ve seen so many times before.

“It’s exciting for me that every role I’ve ever gotten was non-Indian before I got it. Credit to those who were open to changing it, but it’s also nice to be able to show that we are more than just the five images you have thought of as an Indian man. And to be a sexualized Indian man in ‘The Magicians’ when we are so often desexualized is thrilling. I get to play a character that’s different than what we normally see from our community and I’m really excited to do it,” he said.

And we’re excited to see it! 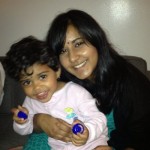