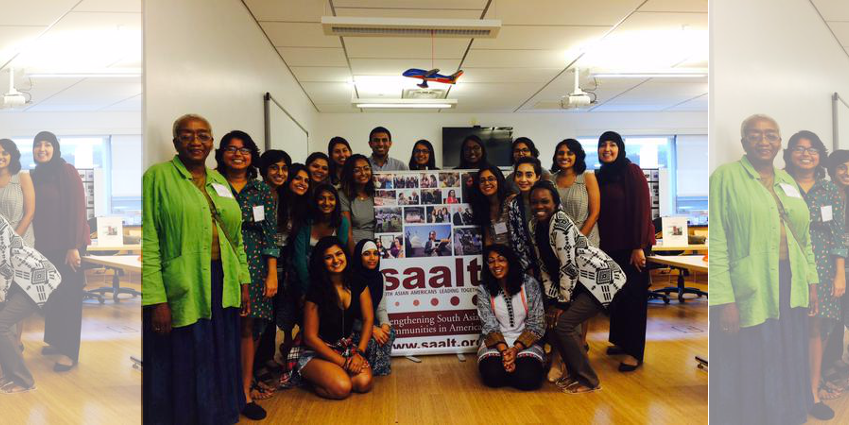 The following week, I spent time with extended family, and witnessed a group of young white adults chanting Hindu bhajans as a part of the closing ceremony for the end of their yoga training and later went to a fusion wedding between a Pakistani friend and her now white husband. I noticed so many things that I don’t know if I would have paid as much attention to, had it not been for that weekend with SAALT in late-July.

And for that, I cannot be more grateful.

I’ve always generally stayed away from the South Asian folks at my school, whether it was high school or college. I don’t know if it is because of white America’s consistent message that being brown isn’t good enough, or if it’s because most of the South Asian folks I know seem to care more about Bollywood, bhangra, and med school (that they may not even want to attend) than about confronting the issues within our community, or if it’s because I always thought I was so different from them, or all of the above.

SAALT’s program gave me the opportunity to meet South Asians with whom I could relate and form a connection. More importantly, it helped me see that the South Asian-American community that I’ve been around all my life is only a fraction of the whole.

Nothing but whiteness is good enough for white America, and no matter how hard we try to assimilate, we brown folk are still, at the end of the day, brown.

It took me a long time (much longer than I would like to admit) to truly realize how much South Asians benefit from—and actively take part in—anti-blackness in this country. I think I liked to believe that I sympathized with and cared about the struggle of black folk so much that it didn’t matter that I was a part of this (in some ways) privileged group of people.

I look at my family and see how well we’ve played into Silicon Valley’s version of the model minority myth—my parents came from India with nothing and “made it” here, but what does that “making it” really mean?

It means striving to reach the ideal of American life—that is, middle-to-upper-class whiteness. Whiteness is our model, and we brown folk, once we reach the peak that we are allowed to reach, are to be the subsequent model for black folk.

We are not to stoop to their level—it is, after all, the opposite of anything white, and in white America, that is a sin. White supremacy wants us to believe, like them, that we are better than blackness.

That we are better than blackness, even though it is the slave labor of black folk that paved the way for our immigration to the United States. 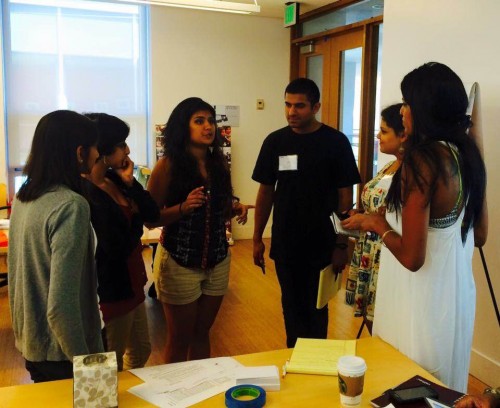 Brown and black people as a minority race have a shared history of resistance. We are also victims of hate crimes, for instance, the Indian grandfather who was paralyzed in Alabama by the police in February. White America constantly calls us “dotheads,” “terrorists,” and tells us to “go back to where we came from.” But, still, we must be better than black America, must we not?

My family and I were taking pictures a few days ago, and my aunt called me over and said, “We need some lightness in the photos!” It was all “in jest,” of course, but these jokes come from a place of anti-blackness. This passing statement manifests itself in other families as self-esteem damaging comments during desi parties, as parents forbidding their children from going outside in case they become too dark or people bleaching children’s skin.

I didn’t know that South Carolina Governor Nikki Haley was desi until a few months ago when my mom told me. She and Louisiana Governor and 2016 Republican Presidential Candidate Bobby Jindal and people like them have done all they can to assimilate into white, capitalist America, but it’s still not enough. They still face racist attacks that their white counterparts would never receive. They will always be considered the “other.”

I still struggle with society’s need to conform to the majority’s standard. I didn’t know what to say when I spoke to the white yoga teachers, who were chanting Om Asato Ma Sadgamaya, complete with acoustic guitar, on the shore of a lake. I didn’t know how to tell them that their relationship with these verses, with the very practice of yoga, comes from a place of privilege. I didn’t even know how to confront my own family when they were making what they thought were harmless jokes about everybody’s skin color.

I’m constantly told that I shouldn’t make everything about race (or class, or gender), that I need to be able to have fun.

But it isn’t fun when I’m participating in a history of oppression and racism.

My boyfriend—before he was my boyfriend—and so many other brown men use the n-word with each other all the time. When I first called him out on it, he told me it was “just a word, Sanjana!” But it’s not, is it? It’s not just a word. It is a violent word with a history of systematic degradation and oppression and slavery and murder behind it, and it is not ours to use, let alone to try to reclaim.

Unlearning is a process, of course, and I am still in the middle of it. Our choices as South Asians need to be deliberate. We need to pay attention to the people we look up to and aspire to be, to the things we want to do, even to the words we use. We need to examine why we choose to stand on the side that we stand on. Because right now, the United States is at war, and there is no middle ground. Silence is complicity; there is no neutrality. We either stand on the side of the oppressor or the oppressed, and every choice we make is a testament to that.

I was in the car with my Pakistani friend before her wedding, going to get her hair done, and she told me that the other day, when she went to a salon, they tried to bleach her skin to make her lighter. The scary thing is, it’s not uncommon. She was told to lose weight and become lighter for the wedding—essentially, she was told to conform to white, colonial standards of beauty on a day that was supposed to celebrate her in all her beauty.

We are being used as pawns in white America’s war against black folk. When we play into the model minority myth, we are only helping white America oppress a people who have been oppressed since they have been here. When we make comments about skin color, we are doing what white supremacy wants us to do.

They seem like harmless choices—even beneficial choices—but they are, in fact, violent. They harm not only black folk, but they harm our own communities as well.

And, most of all, they are unacceptable. 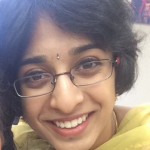 Sanjana Lakshmi is an undergraduate student who wants to change the world, originally from the Bay Area and now studying political science and legal studies at Northwestern University. She dreams of one day dismantling capitalism, along with, patriarchy and structural racism, and obviously she can’t to this single-handedly, so please join her. But, in the meantime she hopes to help her community in any way she can. Lakshmi is particularly passionate about gender justice, but cares about all kinds of human rights issues as well. She also enjoys Indian food, falafel, mint chocolate chip ice cream, hiking, hanging out with her dog and her family, and sleeping.