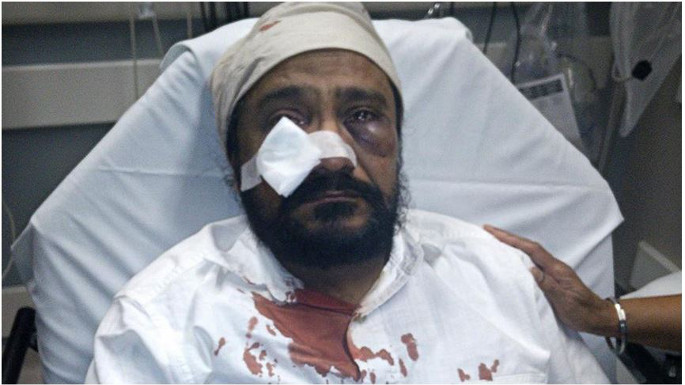 In a meeting on Monday afternoon with the DuPage State’s Attorney’s Office, the Sikh Coalition’s legal team shared additional evidence and information that showed hatred to be the primary motivation behind the crime.

On Tuesday, September 8, Inderjit Singh Mukker, a Sikh man from Chicago, Illinois, was brutally attacked after a teen assailant pulled up to his car, allegedly yelling racial slurs.

According to The Sikh Coalition, a community-based civil rights organization, Mukker, a 53-year-old father of two, was on his way to the grocery store when the verbal harassment started. Mukker turned onto another street but was repeatedly cut off by the driver. He then pulled over to the side of the road to let him pass, but the teen instead pulled in front of his car and aggressively approached Mukker’s vehicle.

The assailant then reached into the car and repeatedly punched Mukker in the face, causing him to lose consciousness and bleed. During the attack, the teen allegedly called Mukker a “terrorist” and said, “go back to your country, Bin Laden.”

Mukker suffered a fractured cheekbone and a laceration to his cheek. He was rushed to the hospital, where he received six stitches, treatment for lacerations, bruising, and swelling, according to the Sikh Coalition.

“No American should be afraid to practice their faith in our country,” said Mukker in a statement. “I’m thankful for the swift response of authorities to apprehend the individual and [am] confident this will be fully investigated and prosecuted as a hate crime. If it’s not, we risk the horrific pattern of intolerance abuse and violence that Sikhs and other minority communities in this country continue to face.”

According to the Chicago Tribune, the DuPage County State’s Attorney’s Office in Chicago announced felony aggravated battery charges have been filed in juvenile court against the Willowbrook teenager.

In a statement, the DuPage County State’s Attorney Robert Berlin said they found an injured Mukker in the front of his car with “cuts and bruises on his cheeks.” Berlin claimed that Mukker and the suspect “were involved in a road rage incident.”

“Following the altercation, Mukker and the defendant (allegedly) pulled their vehicles to the side of the road, where the teenager exited his vehicle and approached Mukker’s,” Berlin said in the statement. “Following an exchange of words between the two, the teenager allegedly punched Mukker in the face as he sat in his vehicle.”

The state’s attorney’s office also noted that the teen suspect fled. The suspect, whose name has not been released, is in custody. According to the Chicago Tribune, the Darien Police Department has notified the Sikh Coalition that they are investigating this matter as a hate crime.

“On the eve of the 9/11 anniversary, the violent attack on Mr. Mukker is another painful reminder for all Americans that hate remains alive and well in the United States,” the Sikh Coalition’s Legal Director, Harsimran Kaur, said in a statement on the group’s website.

“While we relentlessly work to protect Mr. Mukker’s rights and work hard to ensure that hate crime charges are pursued in this case, we urge all Americans to reach out to their neighbors to build bridges of understanding. It is through recognizing our collective humanity that we can work together to end hate.”

A Change.org petition was created to collect signatures to urge the Department of Justice to charge the teen with a hate crime against Mukker. As of press time, the petition had more than 10,000 signatures collected with a goal of 15,000.

[Tell the U.S. Department of Justice to bring federal hate crime charges against our father’s assailant immediately by signing the petition here]

The Sikh Coalition along with local community partners of all faiths will hold a press conference on Tuesday, September 15, at 7329 S. Cass Avenue, Darien IL, 60561, which is the exact location where Mukker was attacked. They will address the local state attorney’s office’s decision to not classify Mukker’s attack as a hate crime. For more information, please visit TSC’s website here.