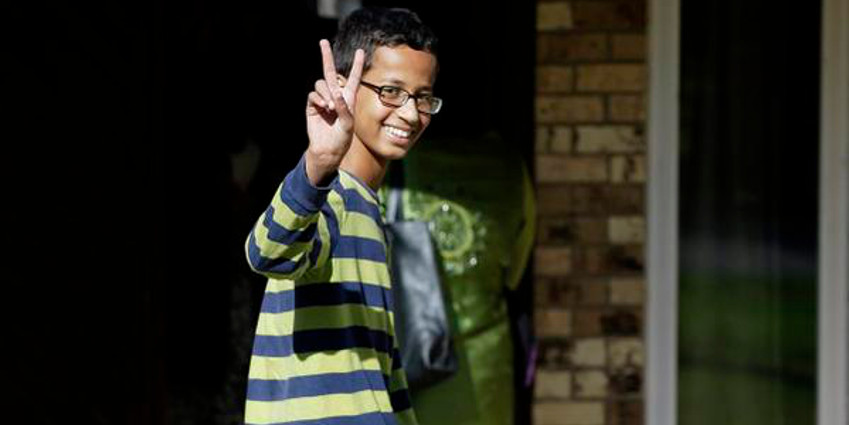 Imagine if someone were to time travel from the 19th century into our present world. Upon his/her first encounter with a digital iPhone device, he/she would be shocked at the metallic creature that isn’t breathing, nor seemingly alive, yet forms words on screen with the constant tapping of the fingers.

How would that person even fathom or be psychologically right in their mind to embrace this new technological era when stemming from no man’s land? Will he too fall into the grips of texting, typing, browsing and bowing our heads down to the almighty Apple?

This fictionalized scenario is to awaken our senses and perhaps look into the enormous generational shift our multitasking phones have brought along. We, as a society are no longer bored or curious for answers.

No more are we waiting alone in the doctor’s office staring at walls or trying to avoid eye contact with uncomfortable humans when we can read the latest on CNN or Brown Girl Magazine from the screens of our palms.

We should, in fact, welcome our time traveler gentleman with open arms and curiosity; recording his every reaction to society’s progress, surveying and analyzing his fascination or fear like an anthropology assignment. I bet that would be quite a reality show to watch, wouldn’t it?

On a daily basis, we are facing loads of digital consumption where socializing, planning, conducting business, studying, promoting and sharing have become second nature and digital media is the culprit of all.

This boom in the information age has made us super humans; relying heavily on our smartphones, and as name suggests, outsmarts our capacity—certainly Siri does—for the convenience of our own existence on this planet. This computerization has resulted in waves of trends sweeping all over the world within nanoseconds and raw news delivery from across the globe with the help of social media.

The heart-tugging images of Palestinian children in agony and unrest still haunt my Facebook Newsfeed, crying for normalcy in the bits of childlike innocence that is rarely seen in mainstream media. The news of Syrian refugees trying to flee their country for better lives, escaping a gruesome Civil War, may sound like a forgotten chapter in the history books, but upon seeing live streaming videos, one is quick to realize the evil of this world, happening RIGHT NOW.

When the notion of war or human suffering is comfortably left in the hands of news outlets and the TV’s in our living rooms to broadcast, we are not as conscious or do not take this burden of knowledge to our soul. Rather, when it’s happening in our personalized devices and screens, this instant information, whether through Twitter, Facebook or Instagram, is suddenly almost felt like a personal attack on our very conscience, and therefore, much uproar is caused and millions of voices are heard. With just a click away, we can make all the difference.

How did we start using the hashtag?

The phenomena on hashtags, the pound sign, originated with an idea, the need to share knowledge and make it apt. Chris Messina—San Francisco techie and former Google developer—raised the question on Twitter to start using the pound sign for groups.

“It was one of those things where I had so many haters in the beginning that I thought this thing would never pick up, but secretly, I sort of felt like, Come on, guys, this is the simplest thing that could work.”

At first, Messina said he was dismissed by most in the tech community, including Twitter.

“People were like, that’s weird, and that’s kind of dumb,” he said.

He came up with the hashtag to find an easy way to bring together people discussing the same topic online. He chose the # symbol because it was an easy keyboard character to reach on his 2007 Nokia feature phone.

“I didn’t need to invent something new,” he said. “This is good enough. I’m going to go with this.”

During the 2007 San Diego fires, people were tweeting but typing two words separately, which failed to track or group it together, so Messina suggested typing the hashtag with no spacing.

This behavior was emulated and from there on, making it easier to use. In 2008, conservative groups began trending the # symbol to encourage Congress to vote on an energy bill.

“We had culturally jumped from the tech crowd into the political space and that was huge,” Messina said.

By 2009, Twitter also adopted the idea and hyperlinked to the hashtags and that’s when its usage skyrocketed.

Making all the difference

Recent events show how creative hashtags with pictures or two-liners  can go viral within a day’s time. The hashtag #IStandWithAhmed took the Internet by storm; on Twitter, Facebook and Instagram, people started to spread the message of Ahmed Mohamed, a 14-year-old high school student who was arrested for bringing a clock to school.

This outrage over a teenager for allegedly being an outcast for his Muslim name and in suspicion of bringing a hoax bomb to school had spurred a worldwide movement for Mohamed’s rights and integrity. America’s core beliefs of equality took a stark contrast in the narrow mindedness of teachers, principal and police authorities in Irving, TX.

The world took this upon itself to stand by Mohamed and showed much compassion by simply typing in a few words under the rapidly growing hashtag. Like a brand name, the name that was given by his parents, which allegedly became the indirect cause of his arrest had now gained rock star fame! Picture collages and memes of his clock invention, comparing other races carrying guns and getting away with it, were fast-growing and creatively executed.

The appeal for justice, the cry for equality and the support for innovation escalated into a whole other level when Hillary Clinton and President Obama had tweeted their compassion and support for the young boy. With the White House extending a formal invite to Ahmed, the confidence in all supporters arose a million fold and our nation’s faith was restored.

Later in the day, during a press conference after his charges were dropped, the teenager took the stage with a smiling face and a lighthearted attitude, yet strong in his vision of what he aspires to be—his true genius shone and the world fell in love with him.

“A future so bright with a hashtag so strong,
A kid so polite with a hate gone wrong.
May the world always side with justice and good,
Because as people we held pride for what we stood.”