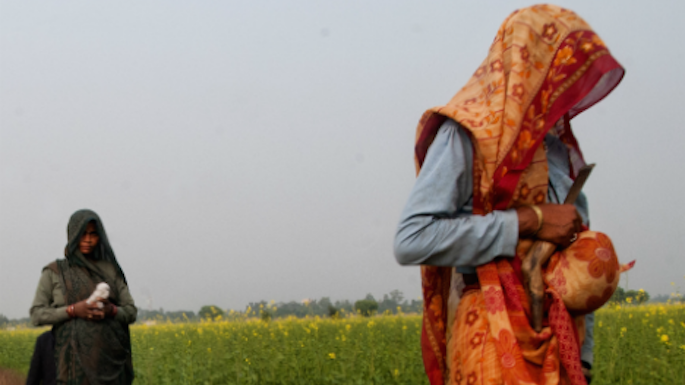 On July 30, in a village in Uttar Pradesh, a local council in the Baghpat district ordered that two sisters — Meenakshi Kumari, 23 years old, and her 15-year-old sister — be raped and paraded naked with blackened faces because their brother eloped with a woman of higher caste.

You may be wondering what the brother eloping has to do with the sisters, right? The truth is: NOTHING!

Since then, these sisters have fled and appealed to the Indian Supreme Court about their situation.

While the local council claims that no such order was given, it is clear that the sisters felt threatened enough that they had to leave and take legal action. Such orders seem to be a precedent that Kumari and her sister felt would be carried out in their situation.

After reading about the Kumari sisters in various news articles, I felt an intense disgust towards the norms that allow such things to happen in India. I am very proud of my Indian heritage, but I am not blind to the atrocities that women and those of lower castes face in India. My pride in my heritage motivates me to speak out about how a culture I so strongly identify with can be better for everyone.

Women being punished for the actions of men in their family or community is not new in India or many parts of the world. In India, until 1829, it was legal to require a widow to immolate herself on her husband’s pyre. Essentially, a woman’s life began and ended with her husband.

While India has made some strides in gender equality since 1829, the country’s government and culture still leave half of their population disempowered. Rape is the fourth most common crime against women in India and yet, the Indian government bans documentaries like “India’s Daughter” that brings attention to such atrocities.

Furthermore, while the caste system is no longer legal, it still prevails in many places in India as a means to keep groups of people marginalized. In 2011, caste was included as a category in the census and studies have shown that those of a lower caste have a lower yearly income and lower literacy rate compared to those of a higher caste.

Even more disturbing is that the local council in the Baghpat district that gives out such orders is 80 percent female and is led by a woman. If women believe that other women should be punished in such an atrocious manner for an act that should not even be considered a crime, then many of these marginalized women are left with no advocates. Gender equality and the proper treatment of women does not just involve changing the perception of men but includes changing a women’s perception as well.

However, there is a difference. At least in today’s age, Kumari and her sister felt it was their right to file a legal action with the Indian Supreme Court and their case has received widespread international attention via Amnesty International.

If Kurami felt brave enough to voice her right to be treated properly instead of letting traditions prevail, then as an international community, we should respond to this bravery. The Amnesty International petition to the secretary of Uttar Pradesh regarding Meenakshi’s safety and the actions of the local council has received more than 330,000 signatures with a goal of 350,000.

We ask you to please sign the petition and help the sisters reach their goal and then some because the more signatures on the petition, the more solidarity is shown towards their cause.

[Please sign the Amnesty International UK petition here and pass it along to a friend.]

Signing this petition also proves to more disempowered women that they too can stand up and fight back against nonsensical, age-old traditions. It might seem like just one more electronic signature, but in reality, it is one more person contributing to the erosion of such traditions and bringing forth a better tomorrow for all women.

Yesha Maniar is a recent graduate from Dartmouth College and currently teaches at a charter school in Boston. She enjoys reading a variety of genres and spends her free time in Boston cafe hopping. Next year, she will be attending Hofstra North Shore-LIJ School of Medicine with hopes of working with young children and adolescents in the future in the field of community health.