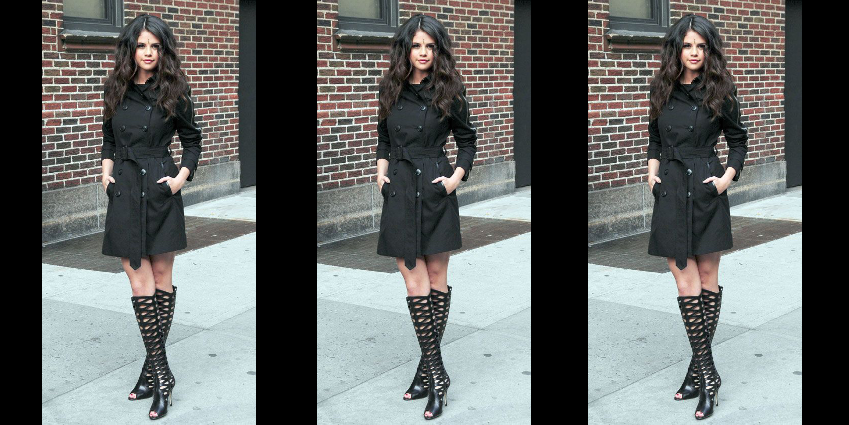 The views and opinions expressed in this article are those of the author and do not necessarily reflect the official policy or position of the magazine. If you’d like to write a rebuttal, please send us an email at Staff@BrownGirlMagazine.com.

We’ve all seen it, you know what I am talking about — a white friend donning a Princess Jasmine-like Halloween costume. She claims to be an Indian princess, but really, all I see is a whole lot of cultural appropriation.

Notable examples of white culture commodifying South Asian cultures include bindis (sparking the #reclaimthebindi campaign), body tattoos that look like henna with South Asian designs, Urban Outfitters’ mass producing Ganesh-imprinted comforters and slippers, and of course, this list would not be complete without mentioning the controversial Color Run.

A more recent emerging trend in appropriative fashion is the dress over pants look, which desi girls have rocked for years in the form of a shalwar kameez.

The “dress over pants” trend has its origins in high fashion where The Row Spring Line 2015 featured a more sterile cut than is traditional. Muslim girls, especially, have been rocking clothing exactly like this, melding South Asian clothing styles with more western trends. 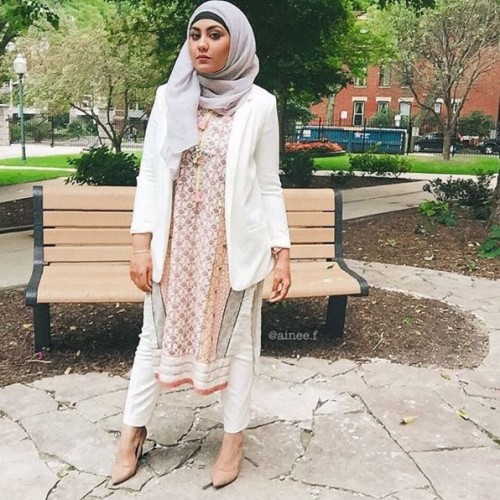 An extra dimension to this trend, that is perhaps less relevant to the hype over bindis and henna, is that high fashion is notorious for promoting extremely thin and white bodies as the expectations for what is beautiful.

Here lies the problem—what is beautiful on white skin is clearly not considered so on brown skin, yet the very people designing pieces in this trend are the people profiting from a clothing style worn by millions of brown people.

Not going to lie, I wear a shalwar kameez when I’m at my parents’ house, but it’s when I’m surrounded by white people, I feel a little more self-conscious, as though I’m not doing a very good job of blending in. This feeling was definitely more acute before I happened to stumble across and actively involved myself in postcolonial feminism and anti-racist politics.

I feel guilty for feeling ashamed of wearing my shalwar kameez in public; that shame is also diminishing as I learn more about my culture and heritage, but it is by no means gone. I still wouldn’t wear a shalwar kameez in a formal context, and I’m most comfortable only wearing one when I am surrounded by my family.

I know that I have nothing to be ashamed of, that desi clothes are not inferior to traditionally western clothes but my experiences as a child inferred something else.

Growing up, all the fashion models with the nicest clothes were white, all the brown people on TV were never positioned as beautiful whilst existing in western spaces, and all the girls at school were convinced wearing a shalwar kameez was a sign you were to be pitied or were “backwards.”

Whiteness is synonymous with beauty and anything that deviates from that centre is known as exotic, other, different; in other words, anything and everything except “normal.”

Now that I’m older and have more varied experiences under my belt, I can at least label the reason why my instinct is to think shalwar kameez aren’t formal enough. I’m beginning to understand the history of imperialism and how it functions by conquering nations for their resources, dominating them by belittling every aspect of native people and, for the killer blow, positioning the west as a bountiful place where dreams are made. It sounds a little dramatic but, when it comes down to it, it’s true.

Wearing a shalwar kameez, if you have brown skin, comes in the context of all the elements listed above. That’s why cultural appropriation is such an infuriating topic for many people.

On a micro level, it’s a small piece of clothing that someone appears to be appreciating and it doesn’t need to have so many arguments carried out in its name. On a macro level, and with a bit of empathy, that little piece of clothing carries more weight and history and deserves a bit of thought as to who should wear it.

I love my culture, but I also understand the context within which I’m wearing my clothes. It’s a context where difference, and specifically racialized difference, is seized upon and, particularly post-9/11, disseminated within the frame of “terrorism” and suspicion of brown skin.

Learning to love your skin and culture, and becoming comfortable with it is not a process that I expect to ever end. It’s the background for this “dress over pants” trend that clothes itself in white skin to become popular and “reinvented.”

Cultural appropriation is becoming a more widely used term but it sometimes misses the mark when speaking specifically in regards to particular post-colonial cultures being commandeered by the monolith of white supremacy.