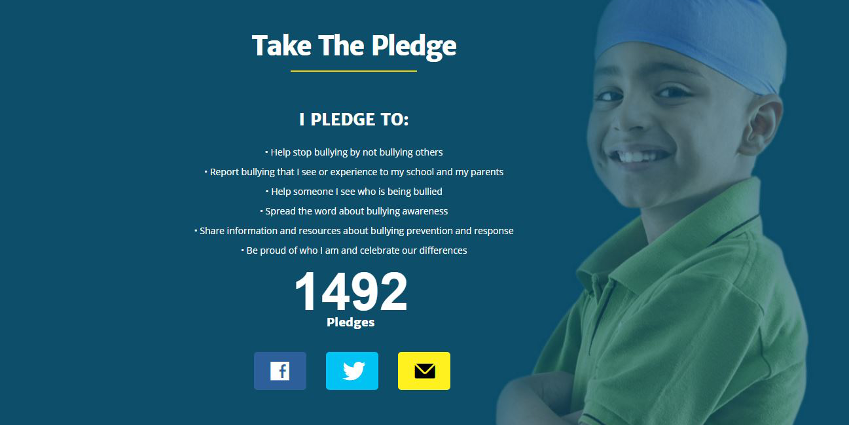 My earliest memories of elementary school in Louisiana are clouded by accents I barely could decipher and confusing names of Cajun dishes I had never tasted before in my life. One second, I was going to school in Queens, New York, and the next, I was thrust into a school nestled in the middle of nowhere.

On one hand, I was experiencing culture shock, but on the other, my classmates were still getting used to seeing a tall Sikh girl walk into class with a thick braid past her hips every day.

My parents did not break oceans in half only to see their child suffer. But if I said my elementary and middle school peers were kind to me, I would be lying. From third to eighth grade, I was bullied because of my religious identity. My classmates had never heard of Sikhi, and I soon became tired of constantly having to explain my faith and race.

A girl in my sixth-grade class threatened to cut my hair off, and the other girls refused to talk to me during recess. I eventually withdrew and stopped talking to my peers. I became reserved and quiet, convinced that my otherness meant I didn’t deserve their friendship and that I was in some way, not an American—even though I was born here.

At age 13, I cracked. I cut my hair for the first time before my cousin’s wedding in India. I was relieved, but my poor mother cried. In her eyes, I had lost an important part of my identity and upbringing in a matter of seconds.

Only years later would I see that day from the same perspective as her. Upon my return to middle school, my classmates marveled at my shoulder-length curls.

“Wow maybe guys will actually like you now!” one girl exclaimed, on the way to class.

Others finally made an effort to talk to me at lunch. The difference in their behavior stung, and I responded rather dramatically by applying to boarding school on a whim.

At boarding school, I made friends who were interested in Sikhi and would actively try to learn about my culture. I felt accepted, but I also began dwelling on my past. This led me to a depressive stage in high school where I battled to lift my low self-esteem and realized that despite what I had been told by bullies when I was little, I was worthy of love and friendship.

It took me six years to fully accept my identity and move past what happened to me, but I can assure you that the memories come back, the bitterness remains, and I still remember the names of those who harassed me.

These seemingly “un-harmful” instances that are sometimes considered a part of growing up can have a long-lasting effect on how kids view the world around them and how they socialize with others. Bullying can cause mental illnesses like depression and anxiety. As an Asian-American, I know about the culture of shame that surrounds mental illness.

While trying to uphold the “model minority” myth, it is unlikely Asian-Americans will seek help. Furthermore, it is harder to cope when one lacks a close religious or ethnic community.

Many times I have heard a desi aunty say, “This is not our country. We are seen as immigrants no matter what, and we have to deal with discrimination if we want to live here.”

This is alarming because the community has accepted the discrimination and internalized it, exactly as I did when I was little. It’s a vicious cycle that needs to be broken in the Asian-American community. We deserve a spot in American society. We are important. We are Americans. We are worthy.