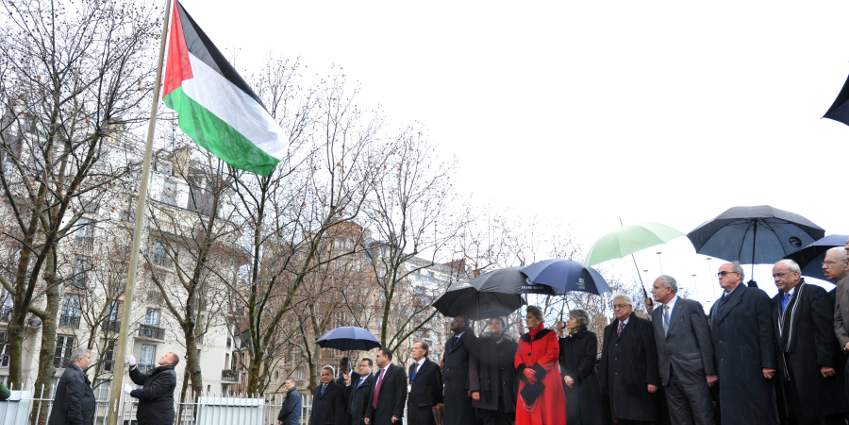 The realm of international law serves as an apparatus through which States and international organizations interact to address world issues like war, public health, and trade. The concept of statehood is one that is imperative within this framework, as it is an identification of viable actors in the international legal community.

States are the primary actors in international law because of their ability to enter into treaties, which are instruments that are generated after a multi-state agreement, normally memorialized in international conventions. According to the Montevideo Convention of 1933, the definition of a State is an entity that possesses a permanent population, a defined territory, a government, and the capacity to enter into relations with other States. States who possess all of these qualities incite a duty on other States to recognize their legitimacy.

However, in grayer areas where all of these qualities do not exist at once the concept of international recognition is a crucial factor with respect to acquiring statehood.

In other words, a population simply declaring statehood does not mean much in terms of international law unless the international community also recognizes the declaring entity to be a State. If other nations do not recognize the State, they will not enter into diplomatic relations with it because of the State’s perceived illegitimacy.

The journey to statehood is one that has been rife with adversity for the Palestinians, who have faced continuous rejection and exclusion from the international community while suffering under one of the most brutal occupying powers in the world today.

On Wednesday, Sept. 30 , a major diplomatic stride was made with respect to international recognition of Palestinian statehood as the United Nations headquarters in New York City officially, controversially, and ceremoniously raised the Palestinian flag.

The flag-raising ceremony took place in the afternoon in the UN Rose Garden, during which UN Secretary General Ban Ki-Moon remarked that it was a “day of pride for Palestinian people around the world.”

Hundreds of Palestinians in occupied Ramallah in the West Bank watched the ceremony on television in Yasser Arafat Square while waving Palestinian flags and singing patriotic songs. The decision to raise the flag was made after Palestinian leader Mahmoud Abbas indicated to the UN General Assembly that Palestine was no longer bound by the Oslo Accords, which were attempts at peacekeeping made between the Israeli government and the Palestine Liberation Organization.

By disbanding from the Accords, Palestine now effectively terminates security cooperation with the Israeli military. This decision was finalized after a vote at the UN General Assembly, which then adopted a Resolution to allow the raising of the Palestinian flag.

In his statement of detachment from the Oslo Accords, Abbas went on to explain that the Palestinian people “cannot continue to be bound by these agreements and that Israel must assume its responsibilities as an occupying power.”

Occupying powers have various obligations and duties pursuant to a number of treaties under customary international law. The Hague Convention IV of 1907 indicates that if a hostile army places a territory under its authority, then it is an occupying power.

As an occupying power they are, therefore, responsible for public order, safety, and the maintenance of the laws already in place. It is in contravention with international law for occupying powers to confiscate property, to disrespect family rights, and to disrespect religious convictions and practice. The Geneva Convention IV of 1949 also provides that mass deportation and colonization are forbidden, as well as the destruction of property and the deprivation of due process. These are all responsibilities (and the breaches thereof) for which the Palestinians would like the State of Israel to answer.

Moving forward, there is still an immense amount of work to be done with respect to finally ending Israeli occupation in Palestinian territories. Diplomatic measures like raising the flag still require meat on its bones in terms of self-realization and liberation for the Palestinian people, albeit a positive step in a hopeful direction.

Israel, through their permanent representative to the UN, Ron Prosor, has admonished the decision to raise the Palestinian flag, referring to it as an attempt to hijack the UN.

The United States voted against the raising of the flag, along with 8 other countries (and 45 countries abstaining), expressing the belief that this will only incite more problems in the Middle East. Despite these expected criticisms, it remains clear that there has been great progress in the pursuit of realization of Palestinian statehood given their newly found recognition in the UN and their very recent formal recognition by the Vatican as the State of Palestine.

Once Palestine enjoys complete recognition as a State from the international community, the endeavor to end the Israeli occupation of Palestinian territories can come into fruition via a viable two-State framework in which the Palestinians will no longer have to face severe restriction of movement and access to resources as a result of operations by Israeli military forces.

All in all, the raising of the Palestinian flag is a positive first step in the direction of self-determination for which generations of Palestinians have fought, hoped and prayed.