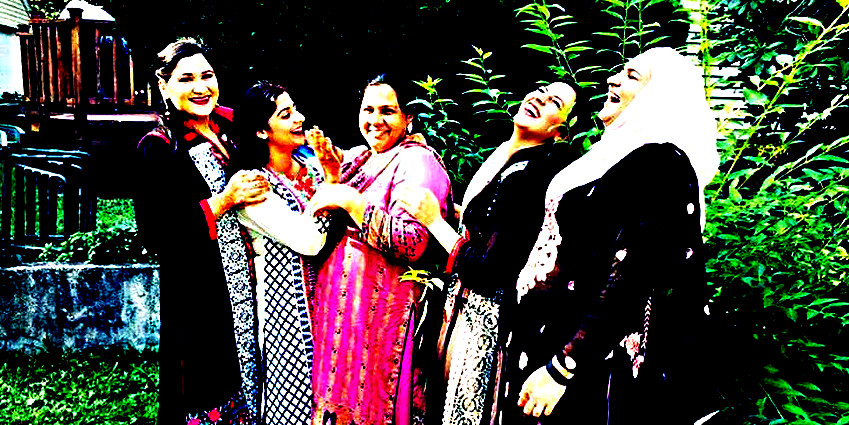 At age 22, one of the greatest lessons I have learned is how to lose friends. Rather than a dramatic argument, it usually begins with a mistake or a few misunderstandings. As the months pass, and your phone calls go unanswered the realization sets in that your relationship will never be what it was.

With desi girls, reminders of a failed friendship are seemingly inescapable: awkward run-ins at community dinners, strained conversations twice a year at Eid prayers, polite responses when Aunties ask, “So, what is so-and-so doing these days? You two were like sisters.”

After bearing the slow and painful process of growing apart more than a few times, I not only became increasingly aware of how fragile these relationships could be, but also cynical towards the idea of lasting friendship itself. Yet, looking around, it seemed as though countless South Asian women were celebrating decade-long friendships, was I the odd one out?

In an effort to gain more insight into the challenges and rewards of building relationships among desi women, as well as resolve my own friendship woes, I reached out to two people who never fail to give me advice on life, friends, and even beauty: my older sisters —and their respective best friends of more than 10 years.

It was not their first time intentionally reflecting on friendships since all were quick to assure maintaining any lasting relationship takes effort. When asked whether being South Asian strengthened their friendships, they admitted that while shared desi identity offers an immediate opportunity to bond that commonality alone could never serve as the sole foundation for a friendship.

“We bonded over the fact that we were desi, but not desi enough… You’re never going to bond with someone just because you’re desi,” my sister said.

After reflecting on the topic, my sister added, “You have to build upon the fact that you’re both desi and are trying to succeed, while being faced with similar struggles and hardships as desi women.”

Not surprisingly, in comparison to other friend groups and societal pressures, subsequent competition are especially relevant. Where success for some may be framed only in the context of finding a suitable mate and marriage, it is easy to see other desi women as a hindrance to one’s own goals.

[Read Related: Not the First, Not the Last: Fetishizing Oppression and Activism From the Margins]

This competition is not any one person’s fault. As one of my sisters puts it, “Everything within our culture is competitive, even when it doesn’t need to be.”

More than anything, each stressed, trust, honesty, and a whole lot of work as the foundations of their friendships.

“What makes it special is both of us putting the effort to keep it strong… When we see each other after so long, it’s like all those differences don’t matter and the short time we get we use it to its fullest to enjoy and remember how we love each other,” one friend described, as I silently shed a tear due to the overwhelming cuteness.

In the end, I learned relying solely on superficial identifiers as the basis for friendship without working towards building meaningful relationships will only lead to failure. It’s not that strong friendships among desi women are too difficult or impossible. It just takes a bit more work to see each other for who we are, not as yet another brown girl.

Most importantly, I realized that despite losing friends recently, I have been able to hold on to special relationships with a couple desi women. Yes, they happen to be related to me and have no choice in the matter, but they continue to teach me what sisterhood truly looks like.