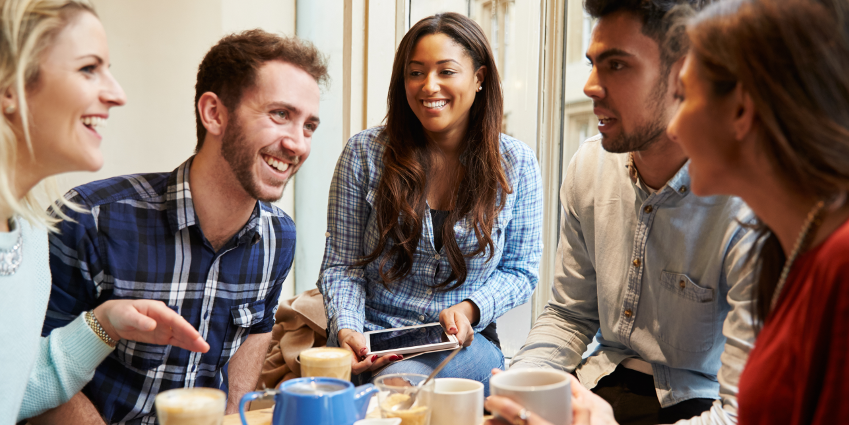 “But like…where are you really from?”

Among people of color, this question is universally panned and acknowledged as the most annoying ones we can receive. Still, we continue to be on the receiving end of it more times than we care to recall, in every situation imaginable.

Our default reaction too often is to grit our teeth, grin, and politely say what is expected—the country of our ancestry—lest we are perceived as overly-sensitive, ashamed, or ridiculous, which is me when someone asks where I’m “really” from.

But after decades of fielding this ignorant query, the main thought that comes to mind is this: It’s 2015. With centuries of colonization and immigration under our global belt, the human family has become a beautiful melting pot of people of all appearances hailing from every corner of the world. And, you all should really know better.

I realize, however, that many of you all really don’t know better.

Since I believe that many people who ask this question mean no offense, I wanted to share all the possible reasons why it could come across as offensive.

Because if people remain silent when something offends them, it can leave everyone involved  confused and frustrated and perpetuate misunderstandings.

Othering refers to any action, including verbiage, through which a person separates themselves from another individual or group, categorizing them as “not one of us.”

Historically, othering has been used as a means to justify exploitation of the other group. For instance, the backbone of segregation hinged on the principles of “othering.”

Put simply, when you ask someone where they are “really/originally” from after they have already responded with <insert American location here>, you are implying that they are not “really” American.

That they are an “other” of some kind.

2. This question is so deeply linked to race

With perhaps the exception of hijab-wearing Caucasians, this insulting line is almost exclusively reserved for people of color. Without even remotely delving into the painfully racist past of our nation, it goes without saying that in the year 2015, we should have moved away from the antiquated thinking that White = American DECADES ago, and use language that is reflective of this.

Even if you don’t mean to ask, “Where are you ‘really’ from?” suggests at best dishonesty, as if the person answering the question willingly dodged your question, and at worst, that they were too dense to figure out what you were asking in the first place.

Apply this language to any other situation and the condescension instantly becomes clear:

Hey Nishi, what did you have for lunch today?

I had a kale salad with kimchi.

Ok, but what did you really have?

You got me! I actually had five big macs! With supersized fries! And two milkshakes!!

4. It is often used to make PoCs a tool to reinforce stereotypes or self-images about being well-cultured

People who troll for “where are you really from” are often just waiting to hear me say ‘Indian’ so they can immediately explode into a series of delightful comments:

So here’s my advice to those who think these are acceptable interactions. It’s cool that you took a “Chicken Soup for the Soul”/ Middle-aged crisis/millennial self-discovery/cheap gap year trip to Bangkok/Bombay/Istanbul/wherever.

But do you really have to tell me all about it within five minutes of meeting me?

The truth is that most people do not appreciate being the vehicle on which you propagate self-images of how well-traveled and cosmopolitan you are, nor reinforce inane ideas you acquired from “Slumdog Millionaire” or “Memoirs of a Geisha.”

5. It reeks of entitlement

It suggests that our original answer isn’t good enough for you. We just met, and suddenly I owe you my whole life story? Negative. You are in no way owed this information. This is no different than going around asking people their age or their weight. It has the same potential to feel violating and disrespectful.

6. It reinforces our obsession with putting people into boxes

It is true that we are race-obsessed, but not always in a productive way. Instead of focusing on socially constructive ways to reduce racism and ignorance, we often instead obsess about knowing exactly what race/ethnicity/nationality a person is upon meeting them.

If you become friends with someone, these details emerge organically over time. But by fixating on this, too often the result is that we judge them—for better or worse—based on what (little) we know about their background.

The question is, why? Do we really need these neat little racial cultural boxes to help us form bonds, or is it just a cop-out way for us to relate or disassociate as we please?

When we make where someone is “really from” such an important part of knowing them, we run the risk of writing our biases into their narrative. Instead of viewing each human as a unique, complex, and beautiful bundle of memories, thoughts, experiences, and emotions, it becomes easy to dismiss them as just being Indian or African or French. People are the sum of their parts.

By making “Where are you from?” one of the first things you ask and then pressing the issue beyond what they answer, reduces them to a thought, to one element of their being.

7. It can create a sense of  race-shaming

Sometimes, when someone asks me this question, I sometimes feel goaded into replying “Indian” because I don’t want to come off as if I’m trying to hide something. This is because interactions such as the following are a reality in my life:

Guy at coffee shop: Hey girl, where you from?

Guy: Cool. So where are you really from?

Guy: “Like, where you’re FROM from. Don’t be ashamed of your ethnic roots even though it’s not as civilized or modern as American culture.”

While I was simply answering the question honestly, there are people who actually are deliberately keeping this information from you.

Maybe an Iraqi-American kid who has been bullied his/her whole life because of their background isn’t forthright with their origins.

Perhaps the Ugandan refugee actually DOES feel shame saying he’s from Uganda due to the anger and rejection he feels towards a government that wanted to persecute him.

Their life history may contain something that makes them feel vulnerable and, therefore, they are more reluctant to share.

The irony of this question is that people who ask where I’m “really” from tend to be the same people who want immigrants and their children to unequivocally declare their pride and loyalty for America. What they don’t realize is the degree to which our patriotic identity is undermined with this question.

So my question back is: How can I be a heartfelt Patriot as is expected of the “good immigrants”  when I’m viewed as not “really” American?

Needless to day, it’s difficult to feel warm about your patriotic identity when it’s constantly questioned based on how you look.

Americans need to realize why acceptance doesn’t stop at standing against brazen racism, and that our subtle words and attitudes carry a deeper meaning than we realize.

So, I hope for a day when all Americans can once and for all stop being intrusively pressed to share their ethnic background with a group of strangers simply because in their eyes, he/she doesn’t “look American.”