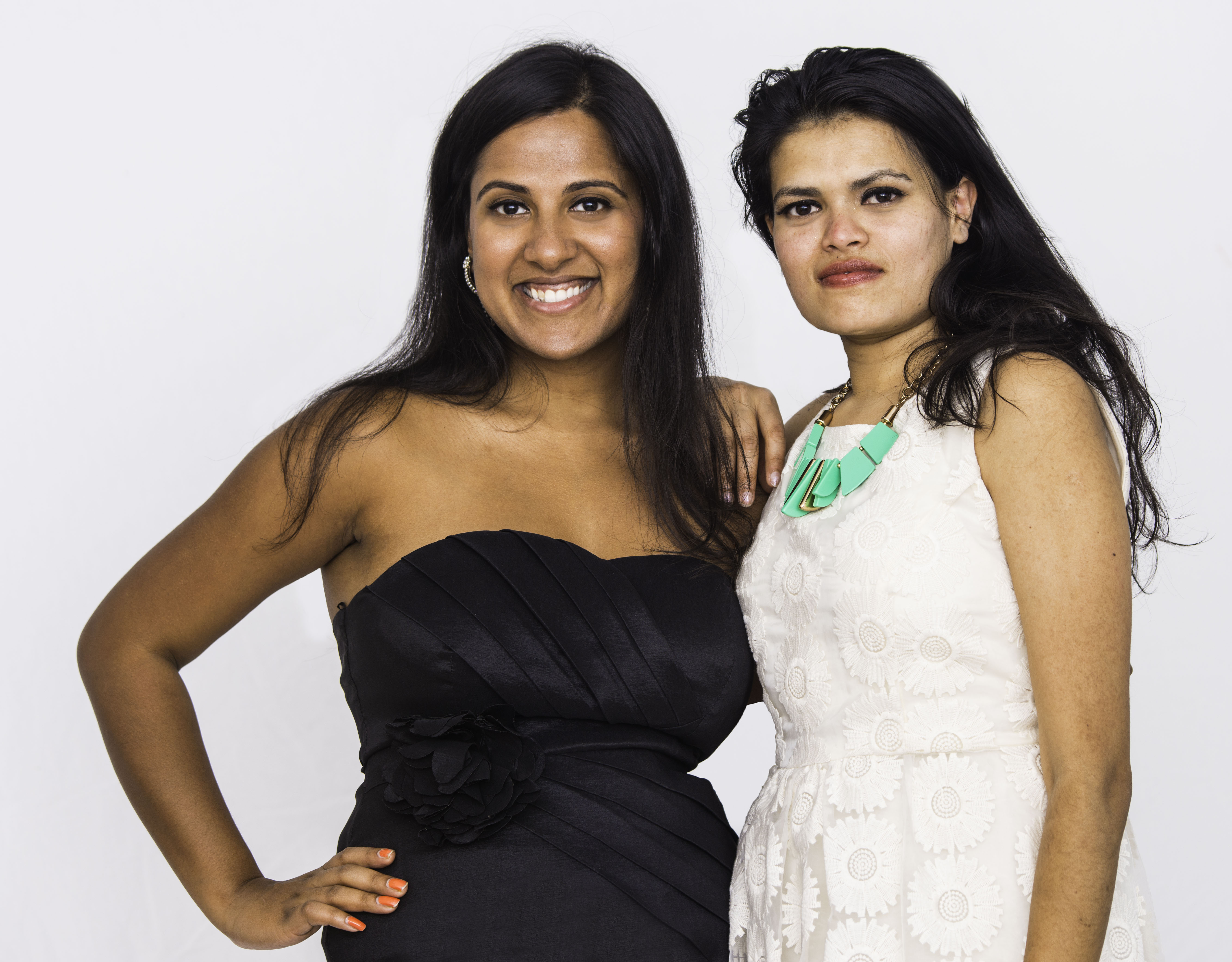 Meet our first ever double duo Brown Girls of the Month for November 2015!

Co-Founders of Hypokrit Theatre Company Arpita Mukherjee and Shubhra Prakash speak about why even at work, it’s not a bad idea to remember—girls just wanna have fun.

Arpita and Shubhra have independently been championing South Asian participation in the performing arts for more than a decade on two different coasts.

Shubhra trained and performed in the San Francisco Bay Area as an actor and singer, worked with several theater companies and began developing her voice as a South Asian artist. She also produced shows with the bay area’s renowned Indian theater company, Naatak.

Last year, the two met in New York and started the Hypokrit Theatre Company. The company’s inaugural production “Romeo and Juliet” ran for three weeks to sold out houses. Next, the duo co-produced the first ever South Asian International Performing Arts Festival, which brought together over 200 South Asian artists.

In under a year, Hypokrit went from an idea to a full-fledged company. With a hit production and a festival under their belts, the girls behind the success of Hypokrit are ready to conquer the theater world.

Shubhra and Arpita, our Brown Girls of the Month, tell us all about building a new company together.

Shubhra: Arpita came to see me in an all-female production of “The Taming of the Shrew” and we talked briefly—what I do remember about that conversation was that we got to business pretty quickly. She asked me what I was working on and I told her about a play I was planning on submitting to a festival, she also had a project she was working on, but we decided right then to meet for coffee and discuss our ideas. From day one, we came together, because we wanted to create something. 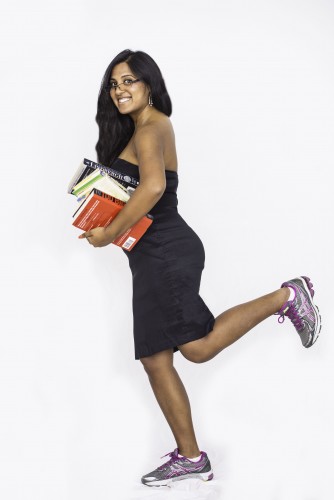 Arpita: The third or fourth time I met Shubhra, I was holding a play she wrote. It was very marked up, by me, and I asked her a few times if she really wanted notes. She was very open to the feedback, even when she didn’t agree. She listened to my notes and then clarified her intention. We shared a bottle of wine and great food. We nerded out on great plays we’d seen but we also laughed a lot. That meeting told me something—I can work with this person—this person is not going to put her ego before the work and doesn’t take herself too seriously.

Arpita: Hypokrit grew out of a play Shubhra and I worked on together—“For Our Own,” which ran at the Planet Connections Festival. When we decided to start a theater company, all our conversations were around providing opportunities, creating something new and disruptive, and it was great to find in Shubhra someone who didn’t come from a place of shame. She is proud of where she comes from. That’s a necessity if you want to stay away from clichés and say something new. 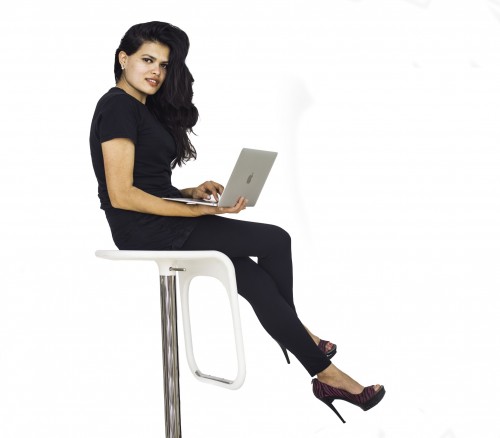 Shubhra: So much of Hypokrit’s success is about taking risks, not subscribing to anyone’s ideas of who can tell what stories and what audiences want. I think Arpita is always about debunking the common myth, even if that means doing something out of the box. Because what we are doing is unusual and we are always working much harder at it, and that’s stressful, but we deal with stress differently. The all-nighters are fueled by the fact that we have a good time working together.

Shubhra: You can’t believe the odds stacked up against what we are trying to do. There’s very little in the mainstream theater world that makes us believe that we can do this. I think it becomes even more important, then, to have a partner, because this business, especially for minorities, can be very lonely. But we don’t talk about this at the office. We don’t lament or complain or get disheartened. We work. We create a space for people to work, hang out, be productive, creative, heard and have fun. 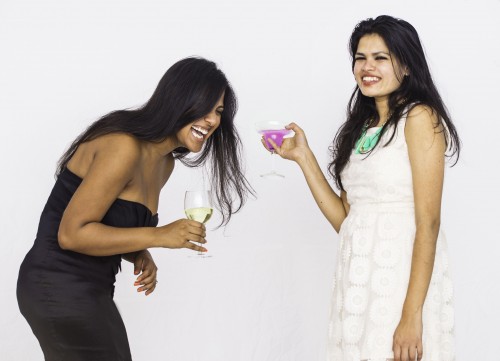 Arpita: Yes, fun is key. A lot of the work artists do is arduous, torturous, even sometimes downright dangerous. It can be exhilarating but it is also exhausting, so Hypokrit, is not simply a place where we do theater, it’s also where people come to vent, share, discuss and have fun. We host parties and meet for happy hour. We celebrate holidays together and work with wine and champagne. It’s important for artists to heal and recover.

Arpita: I think we’re great examples as women who can lead, not because we started this company, but because I think a lot of what is working in Hypokrit is due to the fact that it’s run by two smart, savvy, and super nice women. I think the super nice part is important, because even though we are good at what we do, we see that as valuable only if it’s used to uplift everyone. I think this company only works because Shubhra and I really believe in this. Shubhra is always meeting new people and carrying her big bag to galas and networking events, then she goes home and continues to work on editing a video. She’s not afraid of someone else wanting to do theater. Instead, she’ll invite them out and brainstorm ways we can support each other. 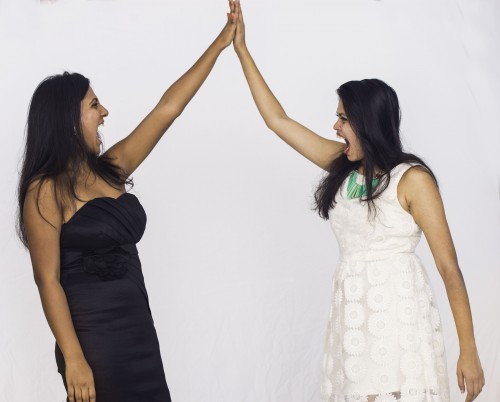 Shubhra: I think Arpita and I defy all the negative clichés that come up when people meet us—two women running one company. That doesn’t mean we don’t disagree, that we don’t criticize each other or that we don’t have conflict. We have all that, but we also know that Hypokrit is about more than just us. Arpita always says—it doesn’t matter who gets the credit. We threw these big parties for “Romeo and Juliet” and we got all dressed up, but we were working the event too. We were being congratulated and taking photos and then we would be passing out folders and checking people in. When you build something you don’t care about moments in the spotlight, you see the bigger picture, you focus on growth, which means building a strong team and encouraging people. You are constantly learning and feel satisfied when you see others around you succeed.

Shubhra: There’s a culture we’ve created at Hypokrit that I think seems like a new way to look at company-building, it’s mostly because we are so used to seeing theater companies being run a certain way. Arpita and I focus on the work, but also on branding and marketing. There’s a lot of discussion around why so few women are hired as directors and the lack of representation in leadership roles in the theater world. If we want to welcome women into that sphere, then:

A) Women have to be okay with leading in their own way.

B) We have to push towards creating and working with women more.

We’re currently developing and producing solo shows by women, not because of the political point we’re making that’s just a byproduct. These women have great shows that deserve to be developed to their full potential. 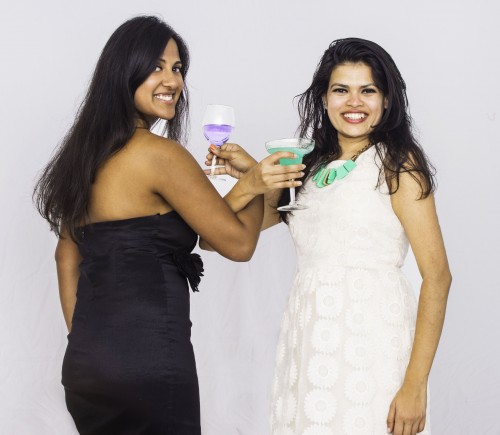 Arpita: I think if you inspire people, if you show them what they are capable of, they will deliver. Over 90 percent of theater companies aren’t successful—so how do you stay relevant in a business this cutthroat? I think it’s essential to work with people that make the experience a positive one. It’s important to be able to have a team that you can work with, especially in a high-stakes environment and then unwind together. That means a balance of being tough and compassionate. These qualities people say are feminine—empathy, kindness, and the ability to nurture—they’re all strengths. And it doesn’t make you any less authoritative. The people that work with us know that we come from a place of love and support, even when we’re holding pages of notes. 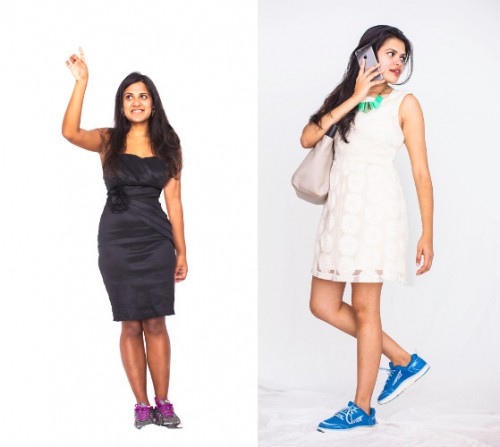 Shubhra: You can’t run a production with two casts and then put together a festival without people—you can only bring people together by being open.

Arpita: I think back sometimes to those first meetings with Shubhra and what we’ve achieved in a year. And it’s all because we saw a new way forward and we dared to walk it together.

Hypokrit Theatre Company is currently planning its 2016 season, which includes a season of solo shows by women, a ballet, and full production of a new work. Also—”Romeo and Juliet” will be returning to a theater near you, so stay tuned!