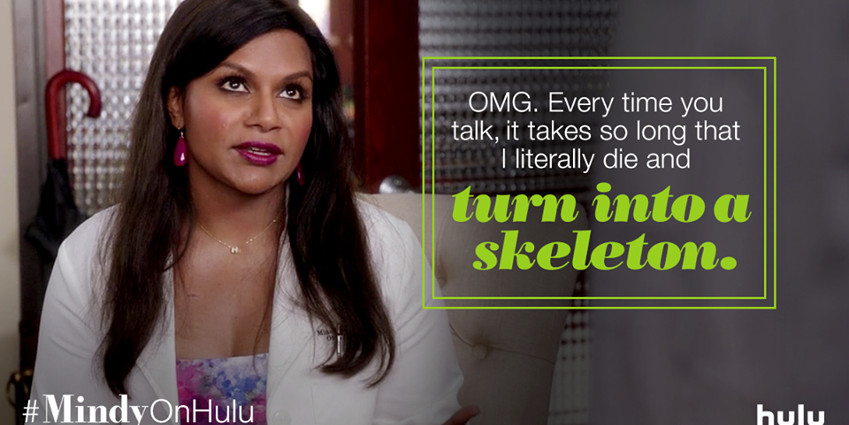 In this week’s episode, Danny Castellano is still in California and Mindy Lahiri is getting burnt out. Between two jobs, her baby, and covering all of the chores that Danny would have done, Mindy is struggling to have it all while keeping a positive attitude to support her fiancé.

In the midst of all of this, Dr. Peter Prentice returns unexpectedly and crashes at Mindy’s. Great for fans, but not for Mindy, who was unprepared for his unannounced visit. Stressed and frazzled, even Dr. Jody Kimball-Kinney comments that Mindy is letting herself go

“I liked how you used to dress, all bright and colorful like the homosexual flag,” he remarked.

The episode focuses on Mindy’s struggles to balance her job and Leo, and her co-workers efforts to help out.

On one hand, Mindy’s fertility practice is going under because she spent too much money on a campaign titled “Later, Baby,” to encourage young women to freeze their eggs

“In retrospect, we shouldn’t have rented Governor’s Island,” Mindy said, in reference to her overspending.

Jody decides to step in and offer his help—he asks to be a business partner, receive 50 percent of the profits, and offers an idea to revitalize the campaign: present to college women at NYU to convince them to freeze their eggs. Mindy vehemently rejects his offer to be a business partner and said she would never work with him, but decides to steal his idea anyways and contacts NYU.

Meanwhile, Dr. Jeremy Reed is trying to reconcile an argument between Colette Kimball-Kinney and Tamra Webb, since Colette keeps pranking Tamra in their joint office. Peter, who is hanging out with Jeremy so that Mindy can stay sane, decides that all four of them should go to dinner to work out their problems. However, the dinner turns into a fight between Jeremy and Peter, where the former is upset for being blown off by Peter when he visited Austin, TX. This creates an even larger rift between the awkward friendship between Peter and Jeremy and it ends up bringing Tamra and Colette closer, who both agree that Peter is being a bad friend.

The next morning, Mindy sleeps through her presentation at NYU because Peter tried to be a “good friend” and let her sleep in. She rushes to NYU in her pajamas only to find that Jody is already there, killing the presentation. That is until a student calls him out for sleeping with her and three other girls in her dorm.

After confronting Jody (and after Morgan attempts a backflip on stage), Mindy gets on stage to apologize for Jody’s behavior and talks to the women about how hard it is to be an adult. She talks about how it’s difficult to have it all, to juggle a career and a relationship and a baby, and convinces them that freezing their eggs will give them the time they need to figure it out

“Being an adult is messy, and hard, it’s not just all smiley-face emoji’s wearing sunglasses,” Mindy said, during her passionate speech at NYU.

Her words of wisdom earn her a standing ovation and put her fertility practice back on track for success. The episode culminates with Peter apologizing to Jeremy, admitting he was embarrassed about his new life as a dad, and Mindy taking on Jody as her business partner and OB-GYN.

The pressures to have a career and a family and successfully balance the two are not new to any twenty-something or even thirty-something women. We’re constantly pressured to have it all—as desi girls, this is only compounded by cultural pressures to get married relatively early and to have kids.

Seeing Mindy struggle with this, but recognize that asking for help is not a sign of failure, resonated deeply with me, and is another reminder that even the funniest, most successful women still need a bit of help along the way.