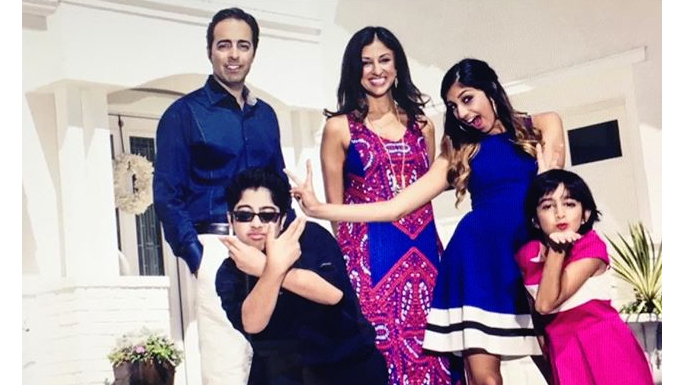 The concept of the average cookie cutter American family is steadily dissipating, leaving in its tracks eccentric and unconventional households that redefine the word family at its root.

Reality television allows for such families to intrigue and captivate us with their individual idiosyncratic personalities as they break the mold of the “suburban mom, dad, and two kids” group.

A fresh, contemporary gang is stealing the spotlight as America’s new “Modern Family,” while simultaneously breaking free from the standards of an average South Asian family.

It’s the 21st century and ordinary is overrated. This Indian-American family paves way their own route through society’s standards.

They are definitely not your next door neighbors because this wonderfully progressive family juxtaposes unique personalities into one household that not only abandons conformity but also presents themselves at the forefront of the societal and cultural advancement of the South Asian community.

Featured in their own mini web series on People Magazine, the Keswani kids and parents allow for the public to get to know the family better and be a part of their adventures.

Seventeen-year-old Vine superstar Nik, aka Big Nik, who suffers from a rare form of dwarfism doesn’t let it inhibit him from achieving and doing all that he wants to.

“One day I decided to get in front of a camera and I felt different. I felt like I had a voice,” Nik said in relation to how Vine has presented him with a platform where his height doesn’t matter but rather his personality. Despite the numerous surgeries and losing his vision in one eye, Nik defeats any stigmas pertaining to dwarfism by continuing to be athletic and growing his following of 2.7 million on Vine.

The middle child, Sarina, remains quite the opposite of her brother Nik and his large personality.  Being a bit of an introvert, Sarina never decided on delving into the world of pageantry but rather she was scouted.  It was all for the best indeed as she overcame her insecurity and came out of her shell more through partaking in pageants and modeling.  The emotional highs and lows of her teenage years are all backed by a supportive group of people who are always there for her.

Devina, the baby of the Keswani family can attest to that. Their transgender princess is more mature than most first-graders as she strives to express her true self in every way. Her parents were aware since Devina was very young, that something wasn’t “clicking.” Her walk and talk were feminine and every chance she had, she would be playing with dolls.

Vaishali’s initial reaction when coming to terms with the fact that Devina was transgender was nothing but supportive.

“It took me about 30 seconds to take that in and then I just wrapped my arms around her and I said, ‘You will never have to be Dev again, ever,'” Vaishali said.

The same comfort came from each member of her family and they continue to be there every step of the way through her journey as she continues to inspire everyone she meets with her infectious and bubbly personality.

While they may not be your “average” family, who says they don’t face the same struggles and go through the same situations? Their web series expands on how the family tries to navigate their way through sending their eldest son off to college, dealing with teenage angst, and bullying. Not every daughter participates in bikini shoots, yet just like most daughters, Sarina faces her overprotective father and his discomfort with her finding her true self.  No matter how much they differ from the typical family standards, they go through the same ups and downs.

Soon to be Americas favorite new family, the Keswanis are also changing South Asian norms and revolutionizing how people see a traditional Indian-American family.  Since we are already in a time where Indian people are evolving their cultural and societal views on numerous topics and becoming more accepting of change, and now with the addition of this incredible and unconventional family, Indians are being more exposed to such positive diversity and nonconformity.

“We’re all a little different and a little dysfunctional but I think that’s the recipe for a happy family,” Nik said.

Be sure to join their journey by watching the web series, “The Keswanis: A Most Modern Family,” below.