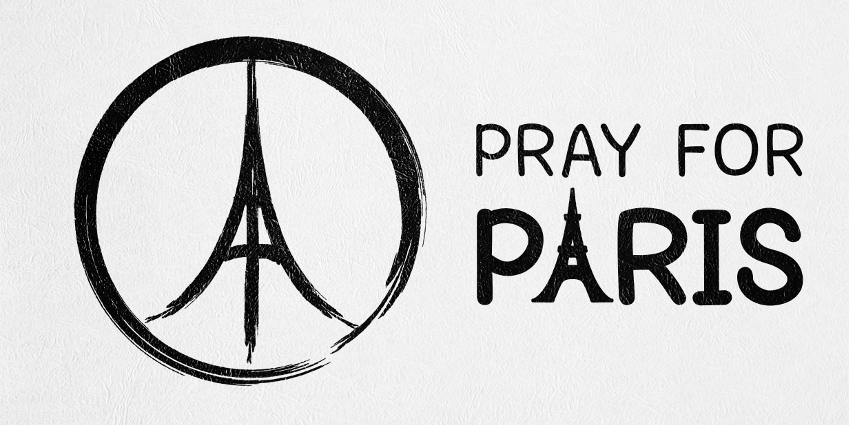 There have been many articles, informative videos, memes and profile pictures in support of Paris since last Friday’s horrific Paris Attacks, where at least 128 people were brutally killed.

The first reaction when tuning into the news or clicking on a story about the recent terror attacks is an automatic “Oh shit. Not again.” We stop and pause and take in the amount of people killed, the tremendous loss of fellow human beings.

We glue ourselves in front of our screens and follow every tidbit of information to process this devastating happening of events—the kind of happenings where one regrets being at the wrong place, at a very wrong time.

Imagine Parisians sitting in a restaurant, peacefully eating their meals, interacting with their friends, loved ones or sitting by themselves browsing through Facebook, when suddenly, life as we know it, has unimaginably ended.

Who did this? And, more importantly, why? We try to rationally comprehend what is happening around us, but all we see is innocent people  killed in a place we all recognize, a place that holds a symbolic meaning of romance—and that very place has now been attacked, destroyed and forever tarnished.

As humans we have reached a point where our reactions to atrocities like these make us crawl into shock mode; the evilness is so beyond belief and comprehension of our human psyche, our natural instinct and innate goodness that while standing in line at Whole Foods getting my feta cheese, I see my Newsfeed explode with new updates on the attack, it’s surreal.

This “Twilight” living through screens per se, while we are driving, tending to our kids, doing homework, or fetching lunch with friends, may make the day go by but there’s certainly a heaviness felt, a dark cloud that follows and reminds us of life being fragile and at this point in time, very, very scary.

ISIL or ISIS as projected by the media is not just a monster, it is DEATH; a dark, evil group of dead souls that kill and destroy.

As an American Muslim, I am appalled, extremely disturbed; left in mourning and prayer mode for all my fellow human beings in this bizarre world that we live in. This immense pain that I feel, requires no words, no screams or emotional outbursts as my brain cannot possibly understand why such evil is inflicted by one human to another. I just can’t.

This fear and hate mongering with prejudice propaganda trying to spread Islamophobia in very calculated moves and strategies, disgusts me to no end. The enemies of the world, the monstrous killers know no name, no religion—nor should they be defined by a religion or a name. Common sense suggests that the perpetrators of these attacks are illiterate, ignorant and brainwashed bigots, who thrive on aggressive and violent actions. The real burden of their transgressions is befallen upon their victims, who are force-fed hate into their clean-slate brains until they surrender, die or flee their country, their homes.

Such is the case of Syrians who have no place to call home as their roofs and livelihoods are destroyed, killed and plundered. Where do they belong?

President’s Obama’s address in Turkey’s G20 Summit is a must-see by all Americans and should become the top priority on your YouTube watch list.

If you have heard the President’s speech, then you would have heard this message: the war on terror is NOT a war on Islam. But, this simple yet confusing message to some, must be repeated, discussed, dissected as a topic at our dinner table.

We must have a dialogue amongst ourselves so that we are capable of informing others, rather than falling into the traps of extremists ideology, which is precisely the goal of hate-mongering fanatics.

In recent events, the Governor of Texas, Greg Abbott, among many other Republican States voiced their opinion that they did not want to embrace Syrian refugees on grounds of suspicion and fear of the unknown. Needless to say, the fear of Muslims infiltrating terror on U.S soil.

“That’s not American. That’s not who we are. We don’t have religious tests to our compassion,” President Obama said at 2015 G20 Turkey Summit.

This notion of withdrawal and desensitizing oneself of human emotions towards refugees because of narrow-mindedness and fear, which is further being instilled in the American populace by politicians who are influencing and campaigning Islamophobia, is exactly the mindset extremists’ desire.

And while we may grieve and show empathy for Paris, there are many countries suffering from attacks and killing, but they have not been allotted the same media attention and coverage—therefore, withholding information from the public, which is sickening and a slap in the face to the universal human spirit.

The impression of the images, spreading widely over the Internet to our phone screens make an instant impact to our thought processes, especially during a vulnerable and raw time of mourning and loss.

This is why creativity plays a key role in shaping young minds into believing the truth rather than what the media projects through its exaggerations, cover-ups, and lies. And, to combat the spread of dangerous negative influences and the chain reaction of possible hate crimes, young minds and project leaders should come together to use social media for video campaigns, broadcasting real people from diverse faiths and nationalities—Americans, Muslims—people like you and I, who try to live everyday lives and cannot just idly stand by while their identity is being ripped apart and linked to heinous acts.

Campaigns trending in #NotinMyName show the seriousness of this matter, where voices and regular faces make a strong impression on the viewer, pertaining to current events and unanswered emotions.

Islam and ISIS have no correlation. If you believe they do then read the Quran and THEN you can talk #NotInMyName pic.twitter.com/XYOG0rw2yz

Thus, creativity and storytelling may be a strong factor in combatting the struggle against extremism and prejudice, and we must acknowledge the positivity that comes out of it.

We must stand united as humans and feel empathy towards each other’s loss, regardless of one’s religion, color or background. A human life perished was a still a HUMAN’s LIFE.

We still have a lot left to accomplish in this crazy world. A lot left to conquer through love and understanding.

I love Paris, I love the World.