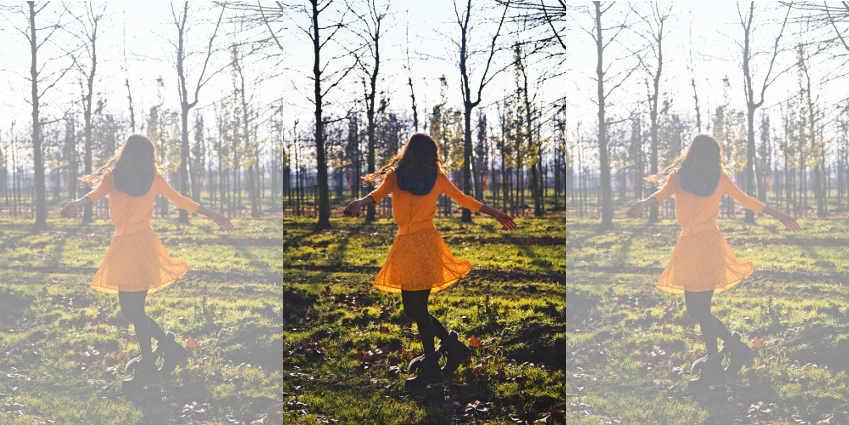 My interests have often alienated me from my Indian peer groups, including my decision to major in Environmental Science during my undergraduate term. Maybe you’ve conjured up an image of me: a brown girl in a beanie, somewhere out of a Portlandia scene.

These are just some of the names I was called while I tromped around in muddy rain boots and sweatpants covered in pine needles. The name calling came mainly from my Indian peers, who didn’t understand why I hoarded plastic bottles in my car until I found a recycling bin for them. When I talked to my classmates about it, they were often shocked about the insults being thrown at me or bamboozled as to how I even knew people who threw their plastic bottles in the trash and didn’t think twice about it.

This was a stark contrast from the pre-med group, where I could easily find a date for any Bollywood movie I had an itch to see on any given week. In my Environmental Science cohort, white people supported me. White people gave me compliments.

I quickly started resenting the “others”—but these “others” happened to share my racial identity. Those Indian people. Those pre-med conformists. I started to own the insults that came at me from those kinds of people. I took it as a compliment when anyone called me a whitewashed hippie. At least, I wasn’t like those Indian people.

I was on my own side. I invested my energy into building work experience, and my passion for teaching youth led me to environmental education. I helped inspire other young people to learn about the intimate ways in which they are connected to the natural world.

I had a chip on my shoulder from the bullying I experienced, so inspiring people of color to care about the environment was my mission. I led field trips for middle school girls and took a special interest in engaging the girls in minority groups: the brown girls. The Indian, Latina, and African-American girls. Through every forest thicket and pristine beach front, I showed them that a seashell’s whorls are as beautiful as they are scientific and that a tree houses veins like you and I.

I felt alone in my mission for a long time, until I attended a conference for youth educators. One of the hot topics there was how to get people engaged in environmental action. Then, a young guy asked a question that I’ll never forget.

“How do we inspire more people of color to take leadership roles for the preservation of the environment?”

He was white. I looked around. Most of the attendees were white. But finally, finally, someone was voicing the same question I struggled with as a visible minority in the environmental field. I knew at that moment that I had allies. Allies from many walks of life and racial backgrounds, and who all cared about the same thing: nurturing this place we call home. I learned that this was not a dilemma exclusive to visible minorities trying to find their way in the white cultured ecological world.

[Read Related: Growing Up as a Third Culture Kid in Vancouver, Hong Kong and India]

After that conference, I began researching the relationships between race and environmental engagement. There are many discussions in the media about the socioeconomic and historical origins of African American participation in environmental justice, restoration, and recreation. Some of these origins date back to the American Civil War and have transmuted to present day fears, low priorities, or misunderstandings around the natural world.

These culminating influences are multi-faceted and most intimately understood by those experiencing them—African American people themselves. These influences are also artificial cultural constructs that have been placed upon a racial group that is not inherently averse to environmental causes or values. In other words, it is stereotypical and socially regressive to say that African Americans, or any racial group, hate nature simply for its existence because it is just part of their culture.

Environmental antipathy is not part of any cultural group’s core values because most people can agree that all life depends on the state of the natural world and that is enough reason to take care of it.

However, there seems to be a lack of discussion for a similar phenomenon-an aversion and lack of understanding of the natural world that I’ve observed in Indian communities. From an early age, my parents encouraged me to cultivate a close relationship with nature. My mom is deeply spiritual and helped me learn about the interconnectedness of all life by taking me on walks through temple gardens and telling me stories about how the Sikh gurus revered the sky, water, and trees. At home, I spent hours in my backyard building cities made of soil for the organisms that inhabited them: ants, worms, flowers. My early value system for nature reaffirms that it is ignorant to say that a disregard for the environment originates from one’s cultural background.

Knowing this, my question is: Why aren’t more people from the Indian community spearheading environmental causes?

This stems from my general curiosity around why I have not seen many people of color engaged in environmental professions centering around conservation, protection, and activism.

We can begin the discussion by reflecting on our personal relationships with nature, as well as where we might have learned our behaviors. We can also trace the socioeconomic and historical influences on environmental engagement in the Indian American diaspora. While I have discussed some patterns I have noticed in racial groups from my experiences in the environmental field, I realize that a love for nature is shared across a wide set of racial groups.

This love is not rare.

There are people of many backgrounds who have showed their passion for and leadership in environmental initiatives, including Indian Americans. I know this because I am one of those Indian Americans. I am engaged in a community of people who want to ensure a sustainable future for generations to come, and it will continue to be my lifelong goal to motivate others to do the same.

Jasleena is from Seattle, WA. Her beautiful Pacific Northwest home has taught her to see stars in cars, little amoebas in raindrop reflections against the quivering dashboard. Aside from what her parents have to say (about anything), she only let’s the sky rule her moods.