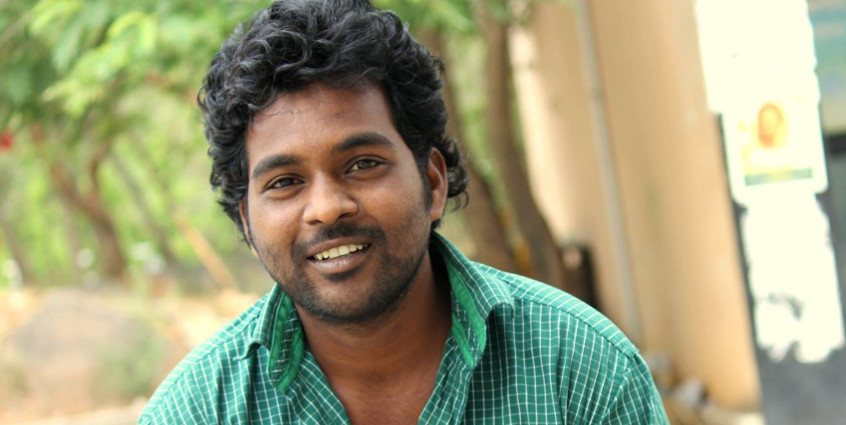 “I have become a monster. I always wanted to be a writer. A writer of science, like Carl Sagan. At last, this is the only letter I am getting to write.”

As a burgeoning writer, reading such words sends chills throughout my body. These words, from Hyderabad Central University (HCU) student, Rohith Vemula, were part of his last words to the world.

Vemula, a 26-year-old Ph.D. student, was an active member of the Ambedkar Students Association (ASA) on campus. Some time in July, the university stopped paying Vemula his monthly 25,000 rupee stipend—friends alleged this was due to his outspokenness on social issues; the university has stated that this was merely a coincidence, and occurred due to “lapses in processing [the] paperwork.”

Tensions on campus between ASA and Akhil Bharatiya Vidyarthi Parishad (ABVP), the youth wing of the Bharatiya Janata Party (BJP), had been brewing for nearly a year. ABVP was upset about the ASA members’ protest over the death penalty for Yakub Memon (who was convicted for his role in the 1993 Bombay bombings, which killed 257 people). Additionally, when ASA screened a documentary film, “Muzaffarnagar Abhi Baki Hai,” in Delhi, ABVP interrupted the screening, claiming the film was anti-Hindu. A fight later ensued, and Vemula was one of five ASA members accused of attacking ABVP’s student president, N Susheel Kumar.

On August 5, the university launched an inquiry into these allegations. ABVP then wrote to BJP MP Bandaru Dattatreya, alleging that the ASA members were indulging in “casteist” and “anti-national” activities. With pressure on the university from the BJP, the university flip-flopped on how to handle the situation—first exonerating all five students, and then, in September, suspending them, while ABVP’s Kumar only received a warning.

The suspension was upheld on December 17, stating that the five ASA members could still attend classes, but could not participate in non-academic activities or live in the university’s hostel. They then, as a sign of protest, moved out of the hostel into a tent nearby and embarked upon a relay hunger strike.

In his suicide note, Vemula stated that the university still owed him 1.75 lakh rupees, which he asked to be paid to his family. Since his death, the university has offered the family 8 lakhs in compensation, but they have rejected it.

Vemula, and the other four suspended students, all identify as Dalit (or known as the “backward caste”). Vemula’s father, Manikumar, works as a security guard at a private hospital, while his mother, V Radhika, is a tailor—he also had an older sister and a younger brother.

Since his death, there have been accusations about whether or not Vemula was, in fact, Dalit. What these allegations fail to recognize is that Vemula’s voice was one that rose in the face of institutional inequality. India’s treatment of its lower castes, both on and off college campuses, is the real problem here—and the debate over his Dalit status is exactly the kind of discourse Vemula hoped to break down.

An active voice on campus, Vemula was an avid follower of Karl Marx, BR Ambedkar, and stood as a crusader against oppression and inequality.

“’Extremism in defense of liberty is no vice, moderation in the pursuit of justice is no virtue’ – Malcolm X

The shift of my political identity from Marxism to Ambedkarism is a conscious move into building a new future on the basis of more humane, more inclusive society. Thus compelling the present stratified society, perforce, to take off it’s elitist mask of generosity and solidarity in the name of seamless majoritarian cultural unity or nationalism. My core intention is to challenge and expose the upper-class hypocritical advocacy of progressiveness which shamelessly maintains it’s ties with the oppressive structures of class, caste and gender. To fight against the symbiosis of cultural chauvinism and communal politics, to popularize the subaltern, dravidian history and to shout out sharply the radical realism amidst the euphoria of freedom. With my basic world view conditioned by marxism, I dream and work for a society which Baba Saheb has always aspired.”

When the university stopped providing his monthly stipend, Vemula’s family struggled to support him, and he had borrowed money from friends to make ends meet. By the time they moved out of the hostel, Vemula was growing increasingly disheartened at the difficulties he and his suspended friends had faced at every turn.

On January 17, Vemula met with other ASA members to discuss their possible next steps in fighting the suspension. Vemula left his friends around 4 p.m., and called his mother. She said he sounded increasingly depressed before he abruptly ended the call—her calls back went unanswered. By 6 p.m., she had called his friends, who later found him hanging from a ceiling fan in a friend’s room that was also used as an ASA activity room. He had used an ASA banner to hang himself.

What has followed and why it matters

Since Vemula’s suicide, there has been an uproar throughout India on the institutional discrimination against lower caste students, especially on college campuses. Furthermore, Vemula was the ninth Hyderabad University student to commit suicide in the last seven years—all of which were Dalit students, and whose deaths were apparently linked to the university’s unfair treatment of lower castes.

Thirteen HCU professors have resigned, 131 international scholars have released a statement, and poet Ashok Vajpeyi has returned his HCU-awarded Doctorate—among other signs of solidarity around the nation—since Vemula’s death.

Students across the country have engaged in days of protests, calling for the resignation of the university’s Vice Chancellor, BJP MP Dattatreya, and even India’s Education Minister, Smriti Irani.

”Reasons will have its own place and politics its own, but truth is that Mother India has lost a son…I feel that pain.

I want to take the country in the direction where there will be fresh enthusiasm, renewed determination and confidence, and youth who could stare into eyes of the problems. We want to fulfil the dreams of Babasaheb Bhimrao Ambedkar.”

Unfortunately, much of the national debate that has taken course since Vemula’s death has become largely political. What Vemula stood for, and what his fellow ASA members and Dalit students are expressing, however, is far removed from such finger-pointing.

According to The Wire:

“Time and again it has been pointed out  that educational spaces in India are conceived by design as exclusively upper-caste spaces characterised by an underlining hostility for  the official  reservation policy — spilling over as outright disgust and hatred  for students from marginalised backgrounds, irrespective of their academic achievements or merit.

[….] it is important to realise the character of  India’s educational institutions as natural extensions of a violent casteist culture. From this context arises the entire discourse of naturalising Dalit suicides by blaming the reservation policy and the students themselves for their inability to cope with the pressure of a premier institution. As Kumar’s documentation over the years reveals, the truth is just the opposite:  a large number of students who take their lives have strong academic achievements, and it is their claim to equal treatment that upsets the academic establishment.

In another publication social anthropologist Ajantha Subramanian of Harvard University points out that what is understood as merit in India’s educational institutions is only another name for the accumulated cultural capital of India’s upper-caste elites.”

This is as much an issue of caste as it about the inability of the caste system to be modern, in a way that Ambedkar had suspected. As he and his peers understood it, Vemula’s practice of Ambedkarism called for the challenging of caste, patriarchy, and religious bigotry.

“An autonomous, intelligent and assertive Dalit seems like an aberration in the eyes of a modern Hindu. In rural areas, assertive Dalits are violated, mutilated and eliminated.

In universities, Dalits on the other hand have to self-immolate — at times because they are not able to meet the Hindu merit standards. Or, like Rohith, they simple do not agree with Hindu life standards. Mobile, middle-class Dalits, at times, give in to the present pressures of Hindu purity and modernity — by changing their surnames, hiding their caste, becoming vegetarian, or by aggressively participating in anti-Muslim Indian-ness.

For Dalits to be citizens and part of the nation, they have to mimic the pure and privileged.”

At the end of the day, the fact remains that systemically, academically, and emotionally, we failed Vemula—just as we have failed many before him, and probably, many after.

I loved science, stars, nature, but then I loved people without knowing that people have long since divorced from nature. Our feelings are second handed. Our love is constructed. Our beliefs coloured. Our originality valid through artificial art. It has become truly difficult to love without getting hurt.

The value of a man was reduced to his immediate identity and nearest possibility. To a vote. To a number. To a thing. Never was a man treated as a mind. As a glorious thing made up of stardust. In very field, in studies, in streets, in politics, and in dying and living.

As citizens of the South Asian diaspora, finding meaning in our identities back home is as important as the lives we live so many miles away. Vemula’s death, as well as the caste discrimination that precipitated it, should matter to all of us. Whether we admit it or not, these are burdens and biases we carry—sometimes in the form of fair skin preference, or religious pretentiousness, or even Indocentrism and anti-blackness. It’s about time we start doing better.