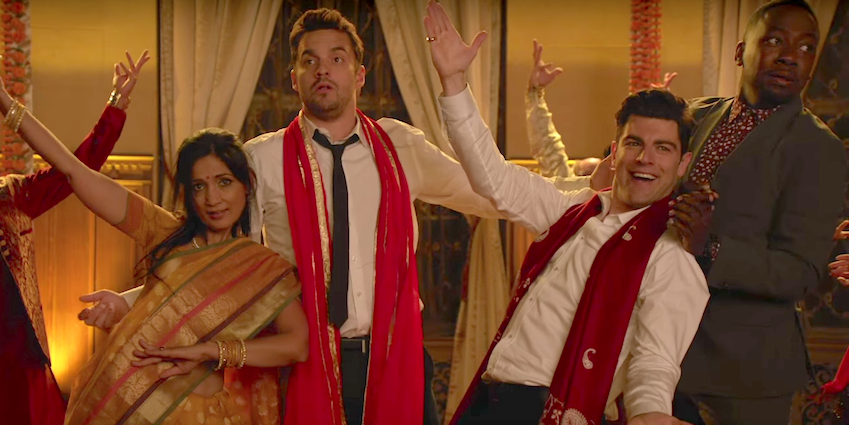 Everyone wants a piece of the Bollywood pie, but no one gets the recipe right. A rare exception to the commodification of Indian culture is FOX’s “New Girl,” a show that deserves more inclusion in the conversation about representation.

We tend to shout it from the rooftops when Hollywood gets something wrong—and sit content when things are right. Cecelia Parekh’s (Hannah Simone) Indianness was never presented as a lesson or a  gimmick; it’s one part of a multifaceted person, just as it is in real life. Even her Season two foray into arranged marriages was an accurate depiction of modern Indian dating.

What do you do when you want a Bollywood dance but have no place for it in your show? On “Smash,” Karen (Katharine McPhee) has a fever dream in an Indian restaurant. It’s a shamefully forced use of the immensely talented Raza Jaffrey—who only starred in “Bombay Dreams” on Broadway, NBD. And the title, “A Thousand And One Nights” lumps together South Asia and the Middle East, diminishing the differences that make each culture unique.

In a Bollywood movie, characters don’t need an excuse to start spontaneously dancing. But when another show adopts the format, there needs to be an explanation.

On Netflix’s “Sense8,” the choreography doesn’t feel appropriate for a wedding sangeet, and when Kala (Tina Desai) and her friends start their own unified routine, it makes no sense.

Countless reality shows have brought in the Bollywood element, but it so often lacks the expressiveness and grace that makes Indian dance beautiful. The moves hit hard and fast, more like a workout than an artistic performance.

On “New Girl,” Jess explicitly states that she has hired a professional dance troupe (which is named Ma-Hot Moves Gandhi, but let’s not dwell on that today), so it makes sense for their choreography to be fast-paced and intricate. The dancers smile and sing, making Schmidt (Max Greenfield) and Nick (Jake Johnson) look like the abysmal dancers they are, while still not taking away from the scene at large.

So, bravo, “New Girl,” for finally giving us a Bollywood number worth shouting about. It’s not surprising for a show that has always represented Indian culture right, but it’s a wonderful relief—and quality entertainment.