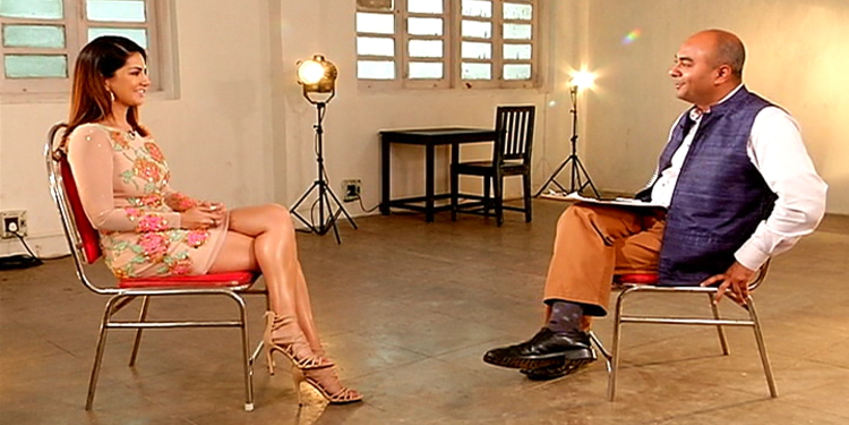 The following letter was written in response to an interview of Bollywood actress Sunny Leone by CNN-IBN’s Bhupendra Chaubey.

Firstly, your interview highlighted the paradox of your reputation as a senior, respected journalist who has had years of experience with NDTV and now CNN-IBN—both leading English language channels, with the latter owned by Indian billionaire Mukesh Ambani. Yet, not an ounce of truly professional journalism—the act of impartially gathering, processing, and disseminating news—was present in the reel. Instead, the interview resembled a criminalized badgering and interrogation of the interviewee, Leone, whose only offense was to have been a human; more specifically, a woman, that has made unique, and possibly questionable, career choices.

The takeaway messages were, unfortunately, both how subpar of a journalist you are and the sexism you outwardly displayed. Yet, take heed: Leone was not the one to convey this though she had quite the prerogative to do so.

Secondly, I would like to elaborate on the terms “woman” and “choice.” Yes, Leone is a woman—but a human, nonetheless, just like you. This means that she is both fallible and has feelings, just like you. Therefore, no, you will not ‘become morally corrupt by talking to her.’ On the other hand, have you ever considered how morally corrupt Indian society, which is already coated in patriarchal undertones, could become by having you talk to them? Have you ever considered how the effects of media censorship are not simply limited to Leone’s work as an actress and former porn star, but could also extend to your work, were you to continue combative journalism?

The great difference between you and Leone, in this interview, is much deeper than your biology as a man can define. Leone actually used her calculated power as a calm, controlled, and collected woman to provide your inane questions with tactful responses. In the face of your recklessness, Leone instead exhibited the emotional intelligence that women are often undermined to have.

Moreover, being a woman does not give Leone any less agency than a man to choose her desired path.

Lastly, just as other viewers of this now-viral interview may have conveyed, Leone’s commitment to herself is admirable—to whatever and whomever she may have been or is working on becoming. Showing that we are all works in progress, Leone confirmed:

“I don’t really have any professional regrets. I have made mistakes just like anybody has or maybe made the wrong choice or wrong decision, but I learned from that wrong decision…Everything that I’ve done in my life has led me into this seat. So it’s a chain reaction that happens. Everything is a stepping-stone to something bigger or better. Or you want it to be bigger and better in life. That’s what life is all about.”

So, Chaubey, regardless of your poor conduct, do thank Leone for not walking away. Had she walked away, not only would you have lost this money-making assignment, but you would have also lost this newfound claim to destructive fame. After all, to steal from our friend William Shakespeare, “What’s in a name? That which we call [Sunny Leone or Karenjit Kaur Vohra] by any other name would [be just as singularly determined and boldly brilliant].”

Some more you-go-girl moments from Leone during the interview:

* “I am a human being. I’m also a human being that’s a woman. So I definitely get upset. I don’t show anybody that I’m upset. Ever…I wouldn’t want to give that person [who has said something nasty about me] the gratification of them knowing that they’ve upset me. Ever.”

* “I actually don’t care about anybody else’s inhibitions or what they’re insecure with if they want to work with me or not. It actually doesn’t affect my life at all. I work every single day and I’m very happy for that. So whether I work with ‘xyz’ or ‘somebody from this side,’ it doesn’t affect me because I’m still working.”

* “Usually negativity spuns from your own life and how you are. So I have no reason to hate you, and if you have a reason to hate me because of your views in life, then that’s your prerogative. You can do whatever you want.”