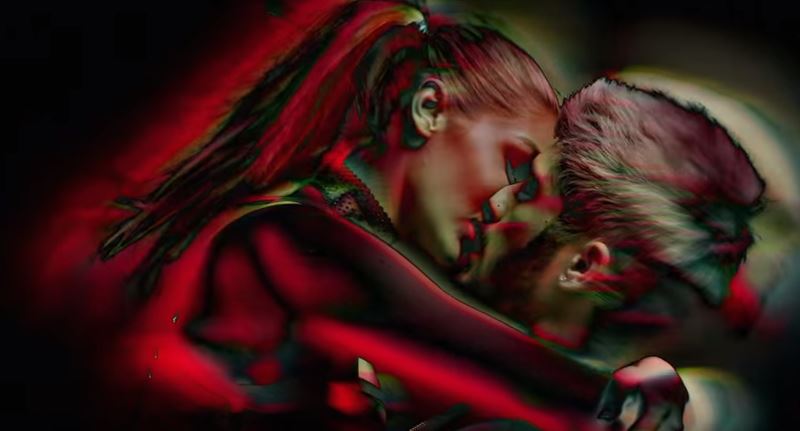 Every brown girl across the world has Tweeted about it; it graces your Facebook feed, conversations, magazine covers, and Instagram timeline. You guessed it—Zayn Malik’s debut music video, “Pillow Talk.”

Can I just say, holy cow, I did not ever expect this day to come. Yes, I was one of them: a 14-year-old “Directioner” who basically wore a charm bracelet with all of One Direction’s faces inscribed on it, collected their albums (and even burned them onto my Mother’s Honda Odyssey’s stereo), cried when they released “Best Song Ever,” and cried even harder when my future husband, Zayn left OD.

Looking back, I laugh at myself. Although I still keep my Zayn Malik bobblehead on my bookshelf for good luck and a good laugh (I literally cried myself to sleep when my sister told me I would never marry him), it’s only now that I realize how much both he and I have changed over the years.

Now, as I click the thumbnail to his latest music video, which has seen more than 33 million views, this same realization leaves me in awe.

Because although I appreciate the play on colors, fascinating graphics, intriguing geometry, model Gigi Hadid and Zayn’s faces (maybe a little farther away from one another next time, yeah?), I cannot sympathize with those who are calling the video “art.”

Let’s get this out of the way: the song itself is great. The backtrack, Zayn’s voice, an R&B and pop mix all combine to produce the equivalent of gulab jamun to the ears.

But the video…oh my, the video.

The video opens with a cool dark room of sort with flashing lights. Cool. Then Zayn appears as the angel he is, singing along while this red light flashes over him. Cool. Gigi makes her cameo, staring into my soul through the computer screen. Also cool. But then I see the face of a woman. Not just any woman, no. A woman with, probably the best golden smokey eye I’ve seen a while, but a bunch of spikes on her face. I can’t help but question her relation to the song, or any reason the director might have thought, “hey, you know what, this video needs? A lady with a bunch of spikes on her face.”

A few beats and shots of Zayn singing and kind of hugging Gigi (as our self-esteems cripple away) pass, and then a nude woman just kind of opens her legs…and then all this red liquid pours out of Gigi’s eyes. A bunch of slime goops around and Gigi jumps in slow motion for what feels like the tenth time. Then they kiss for a few moments, and the video pans out with a cartoonish silhouette of Zayn’s head. And after, all this time, I’m sitting here trying to decipher what I just watched.

Am I missing something, or have we all suddenly dissipated into the age where music videos no longer mean anything or make sense? I surely hope this is an error on my part for simply not comprehending the video, and that this is not what all the buildup is leading to. Because to me, music is supposed to mean something: teach a lesson, ignite a thought, or just call for a good time (which the song does). Similarly, a video must follow the same type of guideline. Instead, this video is nonsensical and just trippy.

Although I respect Zayn for his artistic risks and know that he is just living his own life according to his own terms, I often wonder how different of a world it would be if celebrities as renowned as him did something to promote the beautiful South Asian culture in its purest form. I am puzzled to as why Zayn’s video is nothing short of the typical western music video (attractive females, nudity, and a some obscure color filter to deem it “artistic”), but Coldplay’s is an (albeit inaccurate) representation of South Asia.