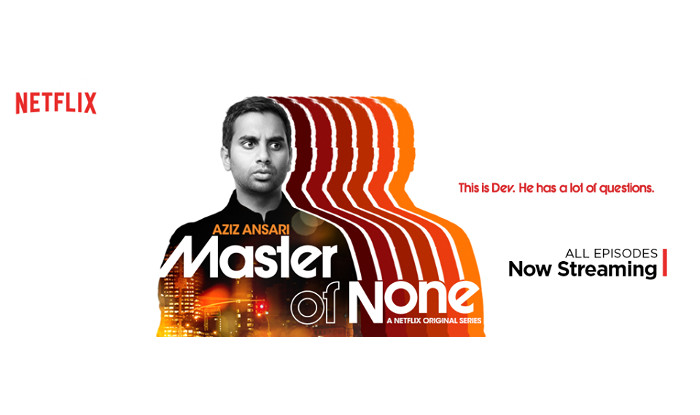 “Master of None,” the original Netflix series starring Aziz Ansari, has been renewed for a second season and we couldn’t rejoice harder! Ansari, who created the show with Alan Yang, announced this on Twitter and also released a short teaser.

Master of None Season 2 coming 2017. Thanks for all the support everyone!! pic.twitter.com/LSxo7dEVQ1

“Master of None” released on Netflix in November 2015 and has crushed all stereotypes. Ansari and Yang have created an authentic and entertaining world that everyone, ranging from young adults to the older generations, and not just South Asians, but literally everybody, can relate to. Ansari plays Dev Shah, a 30-year-old struggling actor in New York City. Through his humor and wit, he addresses social issues like racism, immigration, feminism, and inter-racial relationships while also focusing on romance. In January, the show won the Critics’ Choice Award for Best Comedy and frankly, this was well-deserving and way overdue. Finally, a show from an Indian-American perspective has gained momentum.

So, we made a list of five things we really hope happen when “Master of None” comes back for its second season all the way in 2017!

As much as we love Dev, we love his parents more.  Sorry, not sorry. Their on-screen charm probably resonates from the fact that Ansari’s real-life parents essay the role on the show too. From the second episode when they were introduced, Shoukhat and Fatima Ansari brought on their A game. They may not be professional actors, but their comic timing, facial expressions, and dialogue delivery has been spectacular throughout the show. We hope they’re in more than just a couple of episodes next seasons.

2. A Slew of New Friends/Cameos

Okay, sure, we love all of his current friends. I would listen to any advice Denise (Lena Waithe), the only sane one in the group, would give me, and let’s just admit everyone has an Arnold (Eric Wareheim) in their life, but some change is welcome.
They pulled of cameos like Claire Danes (“Homeland”), Noah Emmerich (“The Americans”), Danielle Brooks (“Orange is the New Black) and Ravi Patel (“Meet the Patels”) in the first season. Although, it would be cool if Ansari could bring on some of his real-life BFF’s like Jennifer Lawrence, Amy Schumer and his former “Parks and Recreation” buddy Chris Pratt on board for a bit because that would definitely entail a whole lot of comedy. They’re such nutbags IRL.

3. All of Dev’s Adventures in Italy

When we left Dev in Season 1, he was on his way to Italy. Italy! Not Tokyo, like we expected, to join his ex-girlfriend Rachel (Noel Wells). Knowing Dev, he got himself into quite a few adventures while roaming around the countryside. We need to know what they were and how they ended up for him. Also, did he finally learn how to make the best pasta ever?

I think Ansari did a great job of not limiting himself to his ethnicity while also diving into it a little with episodes like “Parents” and “Indians on TV.” At the same time, I’d love Dev to dig in and explore some more of his culture. Even in just two or three episodes here and there. It would open up a whole new world to the audiences and will be relatable to South Asians. What if Dev visits India for a bit? Let’s hope they do that and maybe us some footage of Ansari’s recent trip to the motherland.

I’ll admit, I think Dev and Rachel are cute as a button. But they are also at different stages in life. So even if the creators throw in the usual rom-com trope of a love triangle, as long as it avoids clichés, I’m all in. Maybe Dev shared gelatos with someone in Rome and she turned out to be crazy and followed him to NYC? Maybe Rachel finds someone in Tokyo and they get engaged? Maybe Mindy Kaling makes an appearance as Dev’s long-lost lover, who knows? But something to give the couple an unexpected turn. Yes, more than just both of them traveling to different countries to avoid their relationship as it got serious.