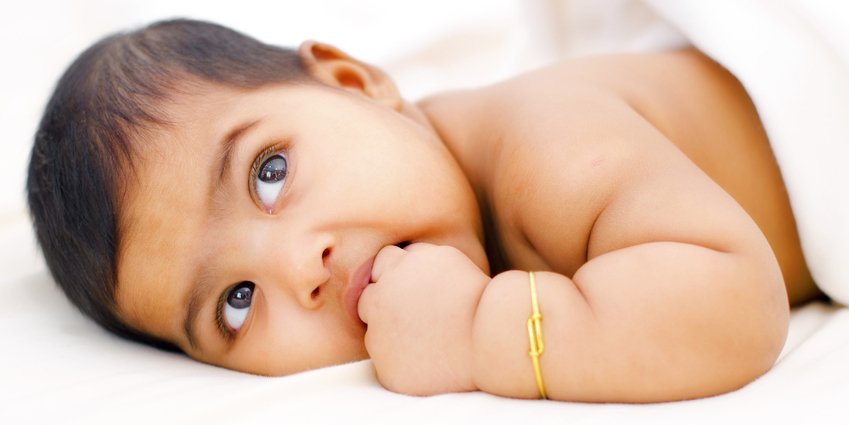 “I never made a child custody claim for Medhavi.”

These are the words that made me a stateless child refugee and denied me of my rights and freedom. Since I was born via IVF/Surrogacy in India, I was made stateless before being born because the intended parent in the U.S. decided not to claim custody AND did not come to India to help with legalization when I came into this world.

“Showing up” is the first step to good parenting. This absence started a domino effect of legal limbo for me, which ultimately led to a loss of my freedom because of childhood statelessness. One of my parents has been able to save me, but after standing up against some of the most powerful institutions in the world, we have unearthed massive inequities. Despite laws like the Girls Count Act, the UNHCR “I, Belong” campaign for innocent stateless children, the Universal Declaration of Human Rights, the “Save the Girl Child” or Trade and Tariff Act of 1930 (which protects “goods” made outside the U.S. from child or forced labor but will NOT protect “children” like me—who were made outside the U.S. with consent of Americans who do not claim custody). Therefore, innocent children like me, born “differently” via IVF/surrogacy are still made stateless.

When will help arrive for less understood children like us? Do children like me count? Do we deserve basic human dignity and respect, if not equality? Say NO to exploiting innocent children and women, support us.

One lie on a birth record can change a child’s life forever. It IS the difference between being FREE or not, being STATELESS or not.

For the record, I am very much wanted and very much loved. But when will the governments of U.S. and India ALSO respect the basic human dignity and freedom of innocent children like us, a minority within a minority? Laws of any civilized country exist to respect our humanity as a people; are IVF/Surrogacy children and families included in this “humanity”? We are ordinary citizens and are awaiting the government to speak for us.

So, how did this happen?

The lack of legal consequences for a person from the U.S. is what creates this situation. If there were legal deterrents, a U.S. citizen would think twice before doing this to an innocent child or surrogate abroad. Instead of manipulating the resources of the most powerful nation for lies and denying rights to innocent children, it would be welcoming to see the same powerful resources utilized for the future with truth and respect for all. If a U.S. citizen had not “shown up” for an IVF/Surrogacy child within the U.S., would there still be “no legal consequences”? Would the child be stateless? I am the same child regardless of birth type or nationality, and above all, I belong here.

People have called my loving parent Maulik “hard-headed.” Well, I am VERY HAPPY about that because, despite 5 failed IVF attempts, he never gave up on me. Despite the years of my statelessness, he never gave up. I have the opportunity to live and succeed just like everyone else.

Article one of the Universal Declaration of Human Rights provides that “all human beings are born free and equal in dignity and rights,” and Article two  declares that “everyone is entitled to all the rights and freedoms set forth in this Declaration.”

Are stateless IVF/Surrogacy children covered by these Articles both in words and in practice? America is about inclusive rights and respecting diversity. Are families that are built differently welcome and equal in this diversity?

Future is about transparency and being able to live freely. As an immigrant, IVF/Surrogacy children and family, the lure of America’s promise of truth, liberty, and justice for all are an illusion for now. But we have faith the system will eventually work and do the “right thing.” We as Americans sacrifice our lives for the freedom of others, but we DO NOT take freedom away from innocent children. It is a question of “timing” for people to understand the “less understood” minority within the minority of IVF/Surrogacy children and family.

The harms of technology without regulation.

This is a textbook example of everything that can go wrong when technology is unregulated and a Laissez-faire attitude exists. In order to #saveagirlchild like me, my loving parent was forced to give up his friends, his job, his country, and my brother. He received no medical leave for wanting to parent a stateless and left-behind child like me, no support or help from the law, not even the milk and diapers provided by the state to other children who are “left-behind” like me.

Am I even considered a human being?

We truly found out that it takes a village—along with my grandparents, family, and all the women in the neighborhood—to help raise me when my parent was stuck in the U.S. and I was a stateless infant in India.

Is this the “beautiful” world I was being welcomed to?

A stateless child is without a birth certificate and has no access to basic legal identity, welfare, benefits, education, or passport. On the International Day of the Girl, Nobel Prize Winner Malala asked for access to education for all children. But how do stateless children like me get legally enrolled in a school without a valid legal identity? Or do we not deserve an education?

Do other Americans including infertile Americans agree with this brilliant legal strategy violating our child and human rights leaving us stateless OR do we #SpareTheChild? In some other instances, innocent IVF/Surrogacy children have become stateless due to DNA mismatch, again not the child’s fault. We have had our share of #babyGammy and #babyModi and so many other unreported/unknown left-behind or stateless IVF/Surrogacy children in orphanages.

It is time to #SpareTheChild and STOMP out statelessness because it is a legal issue and NOT a personal family issue. It is not about how we became stateless—fleeing from war or messed up “paperwork” or IVF/Surrogacy—it is about how we move forward with basic human dignity and respect. Effectively, we are in an “IVF prison” for a crime we did NOT commit which is wrong on two levels: 1) We are innocent and 2) we are children.

This means I CANNOT see my brother and tie his rakhi, hold his hand, play with him, share hugs and kisses, celebrate festivals and family events together, tickle him, laugh with him, cry with him. Most of all, we cannot share OUR stories, make our memories, or bond for life as other siblings have an opportunity to in the “free world.”

We are ordinary citizens and cannot compete against the resources of the most powerful nation in the world, which have been manipulated and exploited for selfish interests.  We all know right from wrong—does the most powerful nation have the compassion to look beyond the trees and do what is “right” for innocent children and siblings like us, or will it continue to silence our minority voices?

We cannot help everyone but everyone can help someone.

Those are the words of U.S. President Ronald Reagan. We must make a DIFFERENCE and DO MORE for stateless IVF/Surrogacy children because we are EQUAL children and EQUAL human beings. We are deeply grateful to people both in the U.S. and Indian governments who have helped us, but we want basic human dignity and respect given to us for the FIRST time. We want ALL past, present, and future IVF/Surrogacy children to have rights equal to those of other children so that adults stop making us stateless. We may be children, but we will only be voiceless for so long…ask the billions of parents who fight for their children every day!

We have the utmost compassion, tolerance, respect for infertility and that’s why the IVF/Surrogacy process was used BUT as it turns out it was I, the child, who was used and exploited. I am a child and all I know is what has occurred is wrong and this is not the direction our civilized world wants to move forward with. Are we future-proofing our children of today? We want IVF/Surrogacy for anyone in an ethical, moral and legal way by safeguarding everyone’s best interests and maintaining basic human dignity and respect for all.

With changing times, same-sex marriage becoming equal in 2015, is it time for IVF/Surrogacy children being treated as equal too? When an intended parent fails to show up, the compassionate surrogate is also exploited because she may not get paid for her services taking the discussion of exploitation of women to whole another level.  It’s not about whether IVF/Surrogacy is right or wrong, I am already here born via IVF/Surrogacy—we have to deal with it. Where are the laws to “protect” rights of all? Either ACT or stop saying “best interest of the child” because it is insulting. If the left-behind parent decides to raise the innocent child, what help do they get? As a parent, if your little daughter is raped or molested, as traumatic as it is, at least there is a recourse and one can approach a court. As a stateless child, there is no recourse against the perpetrator.

When “mothers,” ask for rights of a child like a stateless child, some doors open automatically or faster. But if the SAME rights are asked for the SAME stateless child by an equally loving “father,” there are questions, delays, abuse, and offensive language. How have any of these abuse, insults, delays helped me simply because a “father” asks for them? Where is the “mother” who can help with the legal process? All one needs to do is show up.

Here’s our call to action.

As with other issues, people, systems, and institutions deny, lie, demonize, vilify, fear-monger only to relent later, as we have seen in women’s suffrage, civil rights, and gay rights. Ours may be the first case but it is NOT the last with families choosing to build families differently. Divorces occur but it should NOT create stateless children—being stateless is NOT a personal family problem. Education and awareness are the solution while secrecy and stigma are the real culprits. Help and support stomping out

Education and awareness are the solution while secrecy and stigma are the real culprits. Help and support stomping out statelessness if you agree.

The following post was written on behalf of six-year-old Medhavi Modi, an innocent girl child made a stateless refugee because of being born via IVF/Surrogacy. She is learning to live in the 21st century while archaic 20th-century laws still rule her life and the lives of so many millions of other innocent children victimized from childhood statelessness. The UNHCR has launched an “I, Belong” campaign. The right answer is to help STOMP out statelessness. It’s a “paperwork” issue in the hands of people with power. Help and support other innocent children like her.