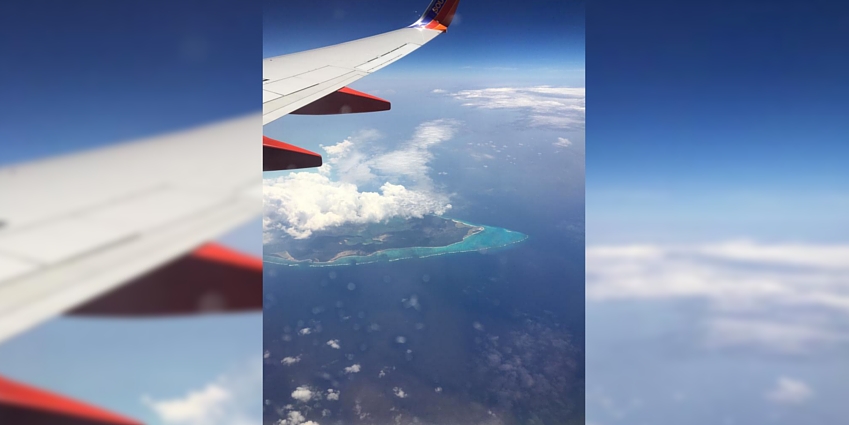 Standing at the terminal, I hold tightly to his hand. He does not wince. He knows. He knows what I knew all along.

No words were needed to confirm, to say, to be used and dealt with. As if a natural calm had taken over, and our hands, in this firm grip, did all the talking.

That, and a hesitant smile to hide my sadness. I would distract him, alert him of his belongings and the things needed to be done. We worked in sync; in nods of acknowledgments and mutual respect. Harmonious like a smooth sail out on the peaceful waters – we were, as always, guiding each other amidst a chaotic world.

I offered him my mints. He took one. Barely making eye contact. His backpack hanging loosely off his broad shoulders, I couldn’t help but notice. His watch telling him constantly of the time his flight would depart. He’d look up, glare in the far distance, grabbing his carry-on, ready to go.

The incoming announcements for group B – his group – lined up like robots awaiting a new gateway; the passage through unreachable tunnels in which his body would sit next to a stranger.

I had drifted in thoughts far away. He spoke, clearing his throat, mumbling his goodbye’s. I couldn’t hear words. The commotion of people moving, of a baby crying and families shifting their positions, standing upright and moving in slow-motion while he unfolded his boarding pass.

I looked down, not knowing how to let go of my grip as our fingers were perfectly intertwined. Holding back tears, I quickly turned around, seeing a young mom looking directly at me.

He must have sensed my restlessness as he lifted his hands towards my face forcing my head to tilt towards him, with his thumbs underneath my eyes almost ready to wipe the storm of incoming tears. He looked intensely, ignoring everyone. He looked at me with similar pain and longing. His sadness now visible from the depth of his eyes – that gaze only belonging to me.

My tears began flowing with an unstoppable power as if a burden was lifted and I’m allowed the liberation, at last.

His soft kiss grazing my cheek while I stand strong in his embrace, trying not to shake. His attempt to show love, the unspoken language thereof, concluded these feelings with an ever-sweet peck onto my lips.

He was smitten and so was I.

And then, he left.

**Written during a Southwest flight, cuz I ain’t paying for Wi-Fi.**