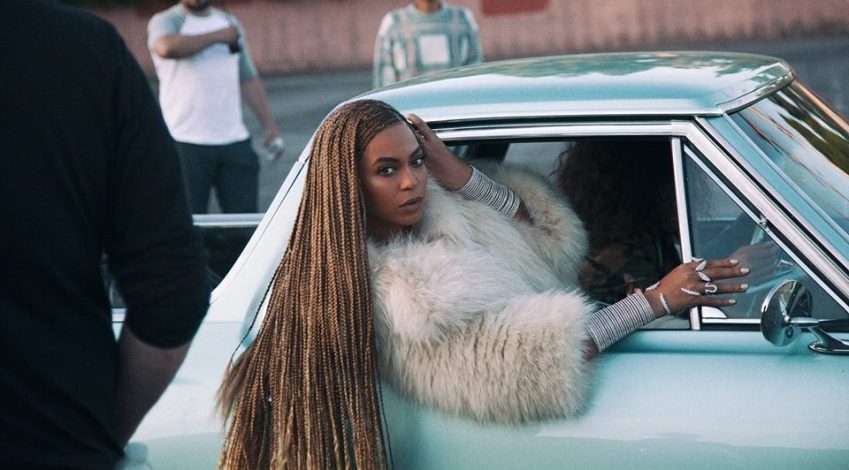 “She isn’t real,” one of my friends said to me after watching “Lemonade.”

The words and the idea have been a defining, consistent and consensual reaction to Beyoncé’s existence for as long as I can remember. Whether it’s her die-hard fans who put her on a pedestal that seems outside of this Earth’s gravitational field or her harshest critics who think that she and her success are a product of our capitalist, materialistic, celebrity-worshipping culture. There is an air of incredulousness, ranging from ethereal to not real at all, that surrounds Beyoncé. And it makes us all look.

With “Lemonade,” the visual album that released on HBO on April 23, 2016, Beyoncé continues her tradition of inspiring disbelief among the millions who watch and wonder. And yet, this time, it is for very different reasons.

“Lemonade” shows sides of Beyoncé that we rarely get to see and in ways that we’ve never seen—broken, heartbroken, suicidal, doubtful, apathetic, vengeful, angry, aggressive, vulgar and at times, crazy and jealous. Some of these descriptions are more fitting for the likes of Azealia Banks, who, in my opinion, has served as the pop cultural foil to Beyoncé. Banks is known for her harsh, polarizing tirades on topics such as cultural appropriation while Beyoncé is known to stay far away from divisive, heavy subjects. Hell, Beyoncé is known for not saying anything at all.She goes through stretches of years of giving no public interviews. Her edges usually only come out in her music, and in the form of her alter ego Sasha Fierce.

But her silence has come at a cost.

In recent years, the Carters have been slammed by the African American community for their eerie silence and indifference on racial injustice in our country. And I agreed with this criticism. I had accepted that their almost unprecedented wealth and fame had put them out of touch with the experiences of most black people.

One of the groups of people on the front lines of racial injustice that are rarely at the forefront of our collective national concern are black women. The women who are losing their sons to police brutality, who are at effect to police brutality themselves. Who are objectified and overly sexualized in pop culture and media. Who are, as Beyoncé quotes Malcolm X in “Lemonade:”

When we look to the pioneering black women in our country who have center stage: There’s Oprah, Michelle Obama, and Beyoncé, to name a few. Each of these public figures reminds us, either directly or indirectly, that you can have immense success, respect and fame in America despite being born into your adverse or average circumstances—in this case, being born a black woman in America.

You can have a voice—if you earn the right platform.

But what does it take to get that platform? At least, what did it take during Beyoncé’s formative years? Could she really have stayed completely true and exclusive to her Southern roots and black heritage and gained the  mass-appeal that she has today? Could she have been as raw and unfiltered as Azealia Banks to achieve the status she has today?

She had to distance herself from certain narratives. Malcolm Gladwell said in a speech at the 2013 New Yorker Festival on the topic of “Tokens, Pariahs and Pioneers”:

“If you’re an outsider and you’re accepted, in part, by the majority, your identity has to change and that’s a complex process. That certain parts of your identity may have been tied up in being excluded. What’s interesting, for example, is if you talk to older African Americans who remember segregation…even though they are 100% happy that the days of segregation are over, they will also tell you that there were aspects of being excluded that were positive. There was a sense of community, a sense of coherence…When we’re gaining something large, we’re sometimes losing something specific.”

So, what exactly has Beyoncé been known to embrace at the expense of other black women? What has distanced her? What is the something specific that has been lost in her being a black woman as an extension of a larger group?

I think that on a subconscious level her fame and success have reinforced the “despite it all” narrative. When Oprah, for example, reminds us that she was able to achieve such success despite being born “a [poor] colored girl in the backwoods of Mississippi,” one of the implicit messages communicated to us is that if she was able to succeed despite such overwhelming adversity—and by such a large margin at that—what is the excuse for everyone else? Do they lack work ethic? Values? Are they just bitter and angry?

Beyoncé’s role has had a similar effect. If Beyoncé can have it all—an iconic career, half a billion dollars, a beautiful marriage, an even more beautiful child and a perfect post-baby body, what is stopping you? Why are other black women and women of color so far from this ideal?

Beyoncé has been an exception to detrimental narratives and stereotypes of black women in our country. And I’m not sure it has been wholly coincidental.

“One of the things that you see with tokens is that their status is so precarious that in order to maintain it, they feel compelled to adapt to the values of the majority group. So you get the phenomenon of “acting white” if you’re one of the first black people through the door. Or women who feel compelled to masculinize their behavior when they enter all male professions…that actually plays into the dynamics that I’m talking about because it’s another way not only for you not to be seen for who you are, you can’t be who you are. You’re forced to kind of take on another role. And of course the person playing…the majority then, after forcing you to act like them, will judge you even more harshly because you’re not gonna be as good as being them.”

Specifically, Beyoncé has been the antithesis of the detrimental “angry black woman” narrative. Beyoncé is always smiling. She has climbed up by being pleasant, kind, working harder than anyone we know. In “Lemonade,” she even says in reference to her husband being distant that she:

I believe this is also a metaphor in the context of a politically charged album—being less ‘woke’ to the racial distress that plagues our country. The extent to which she has done this because it’s inherent to her nature versus how much she had to force these qualities to be accepted by the larger group is something worth considering.

Why? Because with “Lemonade,” as she reaches yet another peak in her career, Beyoncé shows us that much of who she is and how she feels is, in fact, angry and frustrated. Maybe the qualities that constitute what it means to be a respectable black woman—one that is cooperative, agreeable, all too kind all too often are criterion set by the majority—the non-black majority. It may be easier for white folks to do these things and to seek out the self-help section of Barnes and Noble during difficult times because they just don’t have the same fire burning in them—and burning them.

More than simply expressing her anger, Beyoncé actually embraces the detrimental Angry Black Woman narrative. Beyoncé is no longer saying that your relationship with your man will be okay if you just put on your Freakum Dress and heels. That even civility in leaving someone who has mistreated you isn’t required.

In her song “Don’t Hurt Yourself” she says:

“Who the fuck do you think I am? You ain’t married to no average bitch boy, you can watch my fat ass twist boy, as I bounce to the next dick boy. And keep your money, I got my own…Motivate your ass…Call me Malcolm X…Fuck you hater.”

In “Hold Up”, Beyoncé is the same fierce high-heel and dress wearing diva we know and love, but she’s also busting through car windows with a bat…that says “hot sauce” on it. Other parts of the film show her in cornrows and Yoruba paint and defiantly sitting on porch steps with her sisterhood.

Up until now, we thought Beyoncé had everything. And she might. But in “Lemonade,” she so intensely shows us the anger and darkness that define her; that maybe she doesn’t exist in some immortal stratosphere of existence. Maybe she is just one of us, at least in her pain, in her feelings of brokenness. Despite having attained all the measures of success, she still feels her man and her country aren’t treating her right and that she deserves more, but not more in the way of material things as her song “6 Inch” reveals:

“She works for the money from the start to the finish..Stacking money money everywhere she goes…She grinds day and night…[but]…She’s too smart to crave material things.”

She’s not working for material success, but something else—something more. When will she get it? Why hasn’t she gotten it yet?

In her particularly politically charged song “Formation” (in which she sits atop a drowning cop car), she says:

“Earned all this money but they never take the country off me.”

This line, in the context of the song, reinforces my belief about Beyoncé’s previously more aggressive business-like, mass-appeal approach to her craft than a free-spirited, wholly artistic one in the way we might recognize in her little sister Solange. She’s worked incredibly hard to arrive at where she is. She and Jay-Z have a combined net worth of one billion dollars and yet, she can’t seem to escape being scrutinized through a racial lens. She can earn a billion more dollars, but she will always be defined in the context in which she lives and exists—which is not as much of a post-racial America as it is the “New Jim Crow.” She will always be understood in the context of her black female body.

Some have even gone to say that Beyoncé breaking from her previous demeanor so suddenly is so shock inducing that it might just be a master marketing ploy. That there was never any trouble in her marriage. Again, her emotions are pinned as inauthentic. But for the fans who believe her hurt and brokenness (regardless of whether or not Jay-Z actually cheated) and for those who, at the least, appreciate “Lemonade” as a standalone piece of work, the disbelief comes from Beyoncé’s willingness to embrace “all too real” emotions and narratives—ones that have been tossed under the rug. Beyoncé seems to embrace the Angry Black Woman narrative not only because she is angry, but because she thinks she and other black women have real reasons to be angry.

What I took from “Lemonade,” is that Beyoncé is a hell of a lot stronger than I thought and it’s because she embraces her vulnerabilities. We are stronger and more whole when we acknowledge the darker parts of our existences than in simply wishing them away. 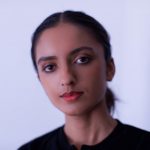 Neerali Patel is an Indian-American, DC-based writer and poet who writes about subjects ranging from social justice in the form of consumerism to what it means to be an immigrant in this country. You can follow her on Twitter @neeconomics.